What I have learned about the Life-Force

Nobody realizes that some people expend tremendous energy merely to be normal.  —Albert Camus

Since I renounced my renunciation of the world and became a working member of American “society,” such as it is, my life has undergone some fairly obvious transmutations. I handle money, cohabitate with a loving and lovely female, eat in the afternoon, help myself to food in the fridge, drive a car, buy things in shops, and much else…yet these have not affected my mind or spirit nearly as much as one change that I was not expecting. That change has to do with vitality, or life-force.

Ancient philosophies had much to say about the vital force that sustains us and fuels our forward motion through life. The Hindus called it prāna, which literally means “breath.” The Greeks called it pneuma, which also means breath. The Romans called it anima, the animating force of life. In Pali the closest term to “vitality” might be jīvita or jīvitindriya, “life,” “faculty of life.” Essentially these terms are referring to vitality, our vital essence.

As a monk I had observed that mental energy is like money: the more you spend on one thing the less you have to spend on something else. So I could already appreciate the idea that a person dedicating much of his time thinking about money, or work, or providing for his family, would naturally have less to spend on deeper matters like Dhamma. This is clearly one of the spiritual advantages of renunciation. But prāna is not just a matter of mental energy; it is both mental and physical. It is the essential energy of aliveness itself.

The main reason why I couldn’t much appreciate the notion of vitality is that I rarely felt a lack of it. Sometimes I would be sleep-deprived and very sleepy, and relatively rarely I would feel some mild exhaustion from simple labors around the monastery like chopping wood or carrying bricks for some construction project, but I rarely ran low on vital force. Maybe only when I was fasting would I feel as though my life force was running low…plus the time I got some kind of hepatitis (one doctor declared that dysentery amoebas had invaded my liver) and felt as though my batteries were almost dead. A monk, or at least this monk, is truly a member of the leisure class.

Then, after thirty years as a leisure class renunciant, I stopped being a monk, rode a train across America, and set up with a new life “in the world.” Although my disposition didn’t change all that much, I was suddenly in a new and alien landscape, and was required to dedicate much of my vital energy to navigating the new terrain and taking care of myself. This required a surprisingly large amount of vital force, even that expended just to take the new state of affairs seriously. It was as though my first chakra, the “survival chakra,” had suddenly begun using up a significantly higher amount of energy.

Then in August I got a paying job, my first actual professional employment since early 1991. This job involves quite a lot of physical exertion, for example lifting and carrying heavy objects. (For example I am frequently required to move around bundles of steel product weighing sixty to seventy pounds and placing them on high racks. I enjoy this work and I’m not complaining. I’d much rather be working in a sheet metal shop than in a restaurant or grocery store, and the idea of working full time sitting on a chair doesn’t appeal to me at all. Physical exertion had me totally exhausted and sore all over my first month or two at work, but I am fairly well used to it now and am in much better physical shape because of it. (I have never been good at “artificial exercise” like working out in a gym or doing daily calisthenics, and so required effort at work is a paying job plus a daily workout. I am not a socialist, but I do take some masculine pride in being a member of the working class.)

The result of these new expenditures of vitality, the labor involved at work plus the energy involved in just taking worldly life more seriously, has presented me with a major unexpected change in my life and my mind: I am continually faced with limited amounts of vitality. Hard work all day causes me to be tired when I get home, and although the exertion was physical it has a profound effect on my mind also. When I am physically tired my mind also is not at its best, and so writing blog posts on weekdays after work is pretty much a nonstarter. (I’ve been rather lazy much of the time my whole life, and even as a university student there was no way I would work full time AND attend classes requiring homework. But I never felt that as a limitation of vitality so much as simply distasteful, as I do like sufficient time just to relax and lounge around on the furniture.) Much of my weekends consist of lying around like a wet rag, plus of course doing whatever is necessary to sustain my position as a householder. Maybe next Saturday I’ll clean the leaves off the roof in addition to going to the store and lying on the couch in a state of blissful laziness.

So this is my new situation. As a monk I was lazy too, yet at the same time overflowing with vital energy. Now I have to ration my vitality, to husband it, because now I finally realize that I don’t have an inexhaustible supply. I already knew that the more mental energy I spend on one thing the less I can spend on other things, and of course we all know that we have limited time in a day, but now I am suddenly aware of my vitality as a limited resource. I supposed getting older is part of it, but really being a layman with a multitude of responsibilities is a much bigger factor.

I would have to say that this phenomenon is one of the best reasons for a spiritually oriented person living the life of a renunciant, like a Buddhist monk. Handling money and paying bills isn’t that big of a deal, and handling a woman and eating whatever I like whenever I like isn’t a major change to my disposition even though they are very pleasant luxuries. The MAIN change to me as a person, aside from superficialities, is this sudden drain of vital force. When I am at work the requirements of the job greatly reduces the amount of philosophizing in which I indulge, as I must pay attention and be in the present moment and all that around dangerous machinery and pointy edges, and I philosophize less also when I am tired after work…resulting, I suppose, in blog posts that are not as carefully thought out and written as in the past. Also I have been producing less quantity. I do apologize for that, though I do my best.

Lust was a real problem for me as a monk, and I thought that if I dropped out of the Bhikkhu Sangha and acquired a mate I’d be at it again like I was when I had a girlfriend in my early twenties. Even in my late fifties lust was a problem for me as a monk. But to my surprise, now that I’m free to do as I please, I am dedicating so much of my vital energy to other things that lust is in some ways less now than when I was celibate! There are other factors too of course, like the fact that my desires in that regard are gratified and not in a chronic state of unfulfillment. A man on a fast, let alone a starving one, may spend hours each day fantasizing about food, and a celibate man, let alone an incel, may do likewise regarding sexuality. But of course it’s not just sex. The efforts required just to be human in a secular world are a drain of prāna, of pneuma, of anima, of chi. I have read that there are ways of tapping into the infinite energy of the Universe or of God, but I have not mastered them, and I suppose everyone has his limits.

I have no regrets at all about dropping out of the Bhikkhu Sangha. I got as far with monasticism as I could, and all that, as I have explained before, and having a loving mate who deeply suits me, and with whom I can connect at a very deep level, is a satisfaction like no other. But even so, if there are people out there considering entering the Sangha, then I would offer my experience as a consideration: If you desire to dedicate your heart and mind to striving for enlightenment, then the freedom from cares that monkhood gives you will make progress much easier, especially at first. Trying to fit in Dhamma study, for example, while at the same time holding down a job, maintaining a home, caring for a family, and all the rest, will produce inferior results to simply dedicating most of one’s vitality to the mastery of it. This would apply to many other pursuits also: many of the greatest artists, writers, and scientists have been members of a leisure class who did not have to work for a living.

At present my days of striving are mostly behind me. Now I am enjoying the fruits of the harvest, and dedicating more of my vital energy to taking Samsara as seriously as is necessary in order to live in America. Still I can generate blessings though. May all of you be as well, peaceful, and happy as Samsara and the First Noble Truth will allow. My blessings are upon you. 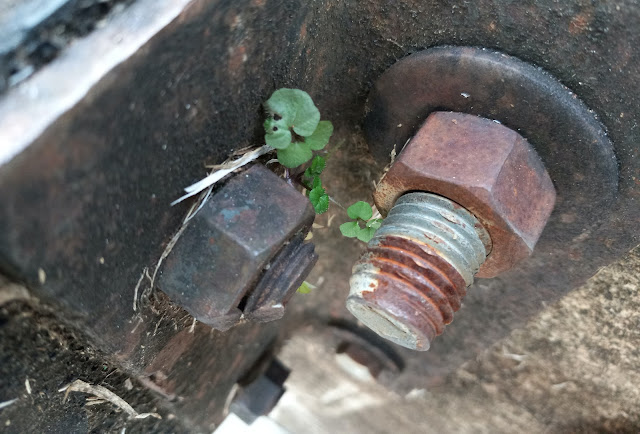