The Guy with the White Jacket

For one strong in faith and weak in understanding has confidence uncritically and groundlessly. One strong in understanding and weak in faith errs on the side of cunning and is as hard to cure as one sick of a disease caused by medicine. With the balancing of the two a man has confidence only when there are grounds for it. —Visuddhimagga IV:47, Nyanamoli’s translation

Brother to a Prince and fellow to a beggar if he be found worthy.

Those of you who are familiar with my writings may know that, during the five years from 1997 to 2001, I was in the habit of spending my hot seasons in a huge cave near the northern boundary of Alaung Daw Kathapa National Park in northwestern Burma. I would usually arrive around midwinter and stay until the monsoon started, around the beginning of June; although in the year 2000 I endured the ordeal of spending almost a year straight there—I did not enter a building or go under a manmade roof for almost ten months.

In 1999 and also 2000 I kept a journal while staying in the big cave. The 2000 edition has been published on the nippapanca.org website; although the 1999 edition, which was more detailed, was slightly destroyed by a flash flood a few years after I wrote it. I still have it, but some of the pages are covered in dried mud and/or are very faded and blurry, so it is difficult to read in some places. The following excerpts are from this hitherto unpublished journal.

Because I was a rare and exotic foreign monk living among some very rustic Burmese hillbilly types, and more importantly because I was living alone in a forest cave and actually practicing meditation, many of the locals jumped to the conclusion that I was some kind of saint, possibly even a fully enlightened arahant. People would walk for miles just to offer me a few spoonfuls of food when I went for alms in one of the villages nearby. In fact I became like a nonviolent Colonel Kurtz with my own cult of followers—almost all that was lacking from the Apocalypse Now scenario was heads mounted on poles. When I was in high school I never imagined that someday dark-eyed exotic maidens would be spreading their scarves on the ground for me to walk on…although of course it was strictly against the rules for me to touch any of them. At least I wasn’t destroyed like Daniel Dravot in “The Man Who Would Be King,” who broke his own crucial rule #2: “That you and me will not, while this matter is being settled, look at any Liquor, nor any Woman black, white, or brown, so as to get mixed up with one or the other harmful.”

The text is pretty much self explanatory I suppose, although I will add a few notes here. Tabodwe and Tabaung are months in the Burmese lunisolar calendar, roughly corresponding to February and March, and thus coming around the end of the cold season and beginning of the hot season. For those of you who are innocent of Pali Buddhist jargon, saddhā is usually translated into English as “faith.” Also I retained all of the abbreviations that I used while writing the journal. I hope you like the guy in the white jacket more than I did. What follows was written in the cave.

2/14 (08:30) New Moon of Tabodwe — A man w/ a white jacket & an unusually high and sloping forehead arrived shortly after I began eating, thereby causing me to experience some irritation. He came up, squatted down, & stared at me silently. I asked him if he had anything to say, & he said, “Yes, I want you to help me by…” and I didn’t understand the rest. So I told him I didn’t speak Burmese very well & didn’t quite understand what he said. He remained silent. Then I asked him to please repeat. He said, “Yes, sir,” and then remained silent. I sat there not knowing what to say (& wanting to eat) for several minutes, w/ him silently looking at me. Then suddenly he stood up, hung up his jacket, came over & kneeled right in front of me, & offered me what appeared to be a small piece of twig, praying 4 times for enlightenment while offering it. He told me it was medicine, & when I asked him what disease it cured he said “pain & all ailments.” Then he continued to kneel right in front of me staring at me, every few minutes asking me a bland question like, “What is your name?” & “How old are you?” I stared at the ground, wanting to eat & hoping he would go away, but trying not to be rude or close my heart against him — nevertheless, words would arise in my mind like “numbskull,” “half-wit,” & the ever popular “Give me a fucking break! Go away!” At one point he told me he had a place at Yin Ma Bin (many miles away) where he wanted me to live, & asked me if I would live there. I told him I didn’t know the place, so I couldn’t say. Then he briefly described the place, gave the “address” & his name (Tawa, Po Khin), & asked me when I would come. I didn’t understand that last part & thought he had asked me how long I had been here, so I said, “1 month.” Then he said something like, “Oh, you will come at the end of Tabaung?” at which I said, “Oh, no! I can’t say” (being somewhat dishonest as I had zero intention of going there). Finally, after about 35 minutes, during most of which time he was kneeling 2 feet away from me silently staring at me, I said, “Well, I haven’t had my meal yet,” in the hopes that he would take the hint & go away. He said “Please have your meal, sir,” got up, put on his jacket — & then started milling around the cave, stopping at the place where water drips from the ceiling to catch some in his hand & rub it all over his face & head while making prayers. At long last he said, “I’ll be going back now,” to which I nodded wearily; then he kneeled again, looked at me a little while longer, asked me again to come live at his place, excused himself again, & left. Total time elapsed: about 45 minutes. Based on my 1st experience w/ him I judge that living at his place would be a dire mistake. Oh, Burma! What strange karma has landed me here? ….

2/17 At about 09:50 while I was at the creek I saw someone hurrying towards me from way downstream. A few minutes later I looked up & saw the same guy w/ the white jacket that came here 3 days ago. When I returned to the cave (w/ a slight feeling of dread) he was sweeping my trail. After he finished he came to the cave bearing 2 packages of incense which I assumed he was going to offer to me. But instead he opened both packages (throwing the garbage on the floor of the cave, in typical Burmese fashion), lit the incense, & squatted in front of me chanting w/ the incense between his palms. After about 5 minutes of this he went back to his former practice of silent staring. At 1 point he asked for my date of birth so he could have my horoscope done, & I foolishly gave it to him. A little while later he asked if he could massage my legs. I told him it wasn’t necessary, so he asked again, begging me to have compassion for him & allow him to get good karma by doing it. Again I told him it wasn’t necessary. So he continued begging to massage my legs, asking a total of about 6 times. Finally I said rather loudly & with some irritation, “I won’t allow it!” after which he went back to silent squatting and staring. I sat hunched over, staring at my mat gloomily & hoping he would at least get bored & go away. Finally after about 35 minutes he excused himself, but then asked me to put on my outer robe so he could pay respects to me while I wore it. I refused, twice. Then he went out & milled around in front of the cave (loitered) for about half an hour before finally hitting the trail. I kind of feel sorry for him, but I hope I’ll never ever meet him again, ever. Dukkha. (Well, maybe I could meet him again, briefly, after 3-5 years & it would be OK.) ….

2/18 (11:15) Shortly after I began to (try to) meditate I heard the sound of a human coming from the direction of the trail, so I thought, “Gawd, let it not be the guy w/ the white jacket,” but sure enough, it was him. This caused me to become rather upset, and adrenaline pumped through my body. I went to the cave entrance & stood there blocking it, w/ arms crossed, & when he came near I said, as politely as I could manage, “Please don’t come again & again. I want to stay alone & practice meditation in peace.” He said he was going back to his village soon, & wanted to pay respects before he left. I said, “Please go, alright?” and he said, “Yes, sir, I’ll go back,” but then he started talking about how he used to practice alone in a forest, and how he respected people who did so, & then he took an old blanket out of his bag & said he wanted to offer it to me. I told him I had no need or use for it, but that he got merit for his volition anyway, and I kept my arms crossed & didn’t accept it. This seemed to have little effect, as he set the blanket at my feet & began reciting prayers for enlightenment as the result of his meritorious deed, followed by sharing his merit w/ the various deities of the area, which he listed. Then he stood there staring at me silently w/ palms pressed together. It was apparent that he wanted to stay & look at me, so after some sighing & head shaking on my part I said in a somewhat anguished tone of voice, “Please, please go!” He said “Yes sir,” and went down to the pond in front of the cave, where he began chanting loudly (his chants including the Mettā Sutta). After about 12 minutes of this he went away. About 20 minutes later I heard him cough of sneeze on the trail just out of sight. I really do feel sorry for the guy (pathological saddhā). I don’t hate him; I just have no desire to participate in his superstition & wish he would leave me alone. Have noticed that I avoid eye contact w/ him. Closed heart. ….

2/19 …. This morning at the top of the trail near where it branches to go down to the bathing spot found a wooden sign nailed to a tree, which said, “ဆရာတော် ကျောင်း သို့,” i.e. “To the master’s monastery.” What I thought was maybe a loud woodpecker yesterday shortly before Mr. Po Khin showed up was actually him nailing up the sign. I immediately pulled it down, & told the tree I was sorry that its bark got messed up. I abandoned the old blanket he tried to offer on a flat rock nearby. 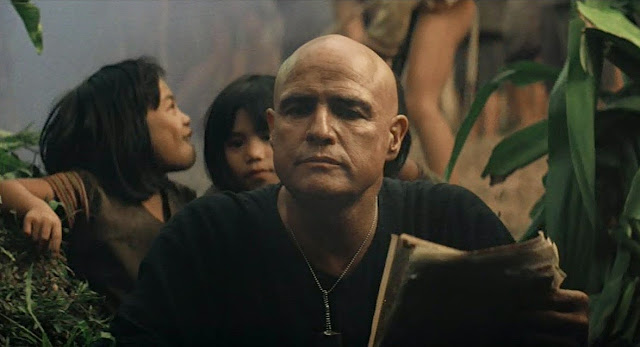