A fool sees not the same tree that a wise man sees.

The fox condemns the trap, not himself.

The eagle never lost so much time as when he submitted to learn of the crow. —Proverbs of Hell

The precise moment at which a great belief is doomed is easily recognizable; it is the moment when its value begins to be called in question. —Gustave Le Bon

At last we have waded through this issue of racial differences and intelligence and have reached the point of addressing the question, Why have I taken all this trouble to bother people? Why discuss race, IQ, and the social importance of IQ at all if I am not fixated on white supremacy or racism in general? Well, for starters, as Mr. Saletan says in his Slate article (cited in the first installment of this monstrous harangue), “Truth matters.” Even truth that is cold, hard, and harsh. But there is much more to it than that.

For me what is almost as important, and maybe more important within the context of a blog dedicated to political incorrectness, is demonstrating that the new feminized PC left has adopted as a central doctrine—a foundational principle—a theory which is based on emotional wishful thinking and is plainly, empirically, demonstrably false. (The ideology is based on more than one such myth actually, but it is expedient to deal with foundation stones one at a time.) Regardless of the postmodern relativism that it espouses, the new left is largely based upon false premises, and denial of racial differences is just the beginning; it appears to be foundational to the PC left’s ideology that ALL inequality is to be blamed on Whitey, and this is plainly untrue.

I’m not exactly being a white supremacist here: it would be fairly absurd to be bragging about being in third place with regard to cognitive ability, after Ashkenazi Jews and East Asians—“We’re number three!” No, I’m not interested in that. 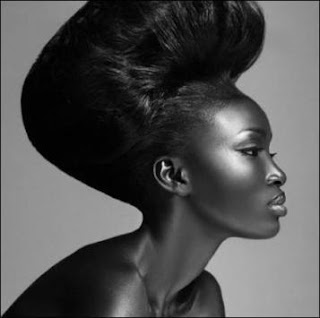 I am not against black people, or brown people, or any other ethnicity. What I am against is hysterical PC leftism and its presumably well-intentioned, misguided attempts to subvert Western Civilization, largely, but not wholly, through subverting the dominant cultural influence of white males.

Realistic equality, which is what classical liberalism endorsed and which most intelligent centrists and right-wingers would, I assume, willingly endorse now, is equality of civil rights, equality of protection under the law, equality of opportunity (based on personal qualifications, on actual merit, and not on quotas), and, if you please, equality in the sight of God; that is, the equality of an equal playing field and equal rules, not equality of scoring during the game, to ensure that the result is a tie. The new left’s version of “equality” is an artificial ideology-generated Procrustean bed rewarding the less capable and repressing the more capable through constant reverse discrimination—and reverse discrimination is still discrimination and “unjust.” In short, government-enforced mandatory mediocrity is just not conducive to a society’s health or prosperity.

The end of reverse discrimination will probably result in fewer blacks and Hispanics with university degrees and working at white-collar jobs. It will also most likely result in fewer women working as firefighters and police officers, and in other professions requiring physical strength and speed. So be it. (What’s a female firefighter going to do, inside a burning building, with a 100-kg man unconscious from smoke inhalation? Call a male firefighter to come pick him up and carry him because she can’t do it—that’s what she’s going to do.) If they are equal, then let them be equal. All fine. But if their “equality” requires the rules of society to be biased in their favor to maintain it, then it is an illusion.

Is it fair that some races are, for example, more intelligent on average than others? Well, is it fair that some individuals are more intelligent than others? Or more talented, or healthier, or prettier? Is it racist to acknowledge that Somalians are taller on average than the Japanese, or that they are less prone to UV-induced skin cancers than Norwegians? When acknowledging empirical facts becomes “racist” and forbidden, truth becomes forbidden, and we find ourselves in an Orwellian world of newspeak and doublethink.

All that being said, whites have lower IQs on average than East Asians, but whites have pretty much conquered the world (if not politically, then technologically and culturally), which demonstrates that average IQ isn’t everything. Why they/we have dominated is another issue, as is why they/we are now attempting suicide in a kind of feminized white self-loathing. I’ll wade into that some other time.

In a previous installment of this essay I mentioned fundamentalist Christian denial of evolution; well, this case—that is, of the PC culture-only explanation of different average IQ scores among different racial groups—also is a denial of that very same evolution, at least in part. The “it’s all a cultural construct” folks appear to deny that the human brain, or rather its function, has evolved during the maybe 100,000 years since our ancestors emigrated from Africa. Organic evolution is a matter of populations of organisms adapting to their environment over time; so if two groups are in different environments, they will evolve different adaptations. This is really not so difficult to understand. So comparing the new feminized PC left with a Jehovah’s Witness mentality is not entirely misplaced. (And of course, Bible fundamentalists have their own worked-out rationalizations and are just as sure that they’re obviously right. Consider the fine work of the Institute for Creation Research [www.icr.org], for example.)

As I implied above, there are numerous other forms of politically correct science denial. For example, we have “blank slatism,” the notion that we are born with our mind a tabula rasa, a blank tablet, and that there simply is no such thing as innate human nature or instinct; the denial of the genetic, binary nature of biological gender; the denial of psychological differences, even hormonally-conditioned ones, between males and females; and a denial even of the very existence of empirical truth itself—upon which assumption all science is based, being the very bedrock of it. Everything is a social construct, supposedly, including society and social constructs themselves, resulting in an ideological snake devouring itself tail-first. Politically correct social scientists in particular have a naughty tendency to hijack empiricism, claiming “science” for their own side and “pseudoscience” for pre-postmodern classical scientific theory. But all these are fuel for discussions I’ll pursue some other time, gawd willing.