The title of this installment of this here blog comes from an interview with Jordan Peterson, on Fox News of all places. It occurred during Peterson’s recent surge of fame, during the aftermath of his remarkable interview in Britain by Cathy Newman on Channel 4. What was supposed to be a normal discussion and an opportunity to endorse his new book (12 Rules for Life) in England turned into a kind of duel, with Newman, a progressive feminist, aggressively on the attack for almost the whole half hour, and using that standard tactic of an angry female, the twisting of whatever the man said into something he didn’t say in order to make it, and him, look as wrong as possible. The formula is some form of, “So what you’re saying is (obviously false statement)!?” But Peterson is a man of the old school and does not back down from a good fight—and he is intelligent and rational besides—and he made her look like an idiot, or rather she made herself look like one while bashing away at a man much stronger than her, like waves beating against a granite cliff. Anyway, the interview/debate/duel with Cathy Newman is well worth watching, and has become yet another instance of attacks on Peterson, and on anti-SJWs in general, backfiring and contributing to the celebrity and popularity of those attacked. On the Fox interview, a much friendlier one, Peterson observed that most attempts to destroy him, and there have been many, have backfired like this and made him, if anything, stronger than before—a sign that the “progressive” left is losing credibility and is beginning to fail.

Dr. Peterson, a professor at the University of Toronto, clinical psychologist, and practicing Christian, didn’t make much of an impression on me at first, after a friend enthusiastically informed me of his existence. First, he has a stern air that reminds me of the gruff silent father of a neighborhood friend when I was a kid, who intimidated us kids into silence whenever he was nearby—he was never mean to us, and hardly even looked at us, but his own son was intimidated by him, and that was good enough for the rest of us. And second, he speaks with an uncouth Canadian accent; for example he says “nwot” when most of the rest of us would say “not.” But eventually I got used to his demeanor and Toronto accent, and began really admiring the dignity and old-fashioned masculine honor of the guy. It is not surprising that most of his followers, and there are many nowadays, are young men looking for some sort of masculine role model that they can respect, and who can teach them how to be men and not just social eunuchs conditioned by the new PC left.

One of his recent claims to fame, or infamy, depending on which side you’re on, is his outspoken opposition to the attempts of the “progressive” Canadian government to make it illegal not to use the preferred pronouns of transsexuals. This of course has him branded as a transphobe and bigot, not to mention a fascist, and he has triggered angry protests from leftist college students and members of antifa. Recently in the news antifa attempted to shut down one of his speaking events by smashing windows and generally behaving hysterically, one of those arrested even found carrying a garrote; but Peterson is a brave man, and stands his ground, refusing to be intimidated, which is such a blessing to see in the postmodern world that “progressive” leftists can’t stand it.

Anyway, I consider the title statement made by Peterson, about being a potential monster, to be a really profound and valuable one, and one that highlights the difference between the old school of masculine, traditional honor and self-discipline and the new school of feminine (or just emasculated) cultural Marxism.

The old-fashioned way was to teach men—and women too, at least sometimes—to be strong and courageous, willing to fight to protect oneself, one’s own, and one’s honor if the occasion arises; yet to be courteous, loving, and gentle whenever the aforesaid occasion doesn’t arise, which is almost all the time. The ideal is to be strong yet gentle, a loving friend but a fearsome enemy. But the new left, which is pervaded with feminine thought—or rather feminine feelings—is consequently also pervaded with fear and insecurity, and even the potential for danger is frightening and something to be abolished if at all possible. So the new-fashioned way is to condition everyone from childhood to be incapable of being fearsome, because aggressiveness is dangerous and scary, and furthermore may result in violent opposition to the system of feminized social engineering itself. The new left evidently has little use for honor as a means of self-regulation, preferring State control of the individual, which supports Dostoevsky’s observation of long ago that “the essence of socialism is the negation of honor.”

Anyway, the new-fashioned way is pretty similar to that described in Aldous Huxley’s Brave New World, where people are so indoctrinated and managed that it doesn’t even occur to them even to be politically incorrect. To be a nonconformist, let alone a rebel, is literally unthinkable. This is the leftist Utopia—a world in which people don’t even consider rocking the boat by having truly free and original thoughts, but follow along with whatever Big Sister says, like docile, peaceful sheep.

The problem, aside from the death of freedom and honor, is that sometimes it may really be necessary to be a badass. Even some petite female who weighs less than a hundred pounds soaking wet may have to go total, full blast Mama Bear to protect her family. This is even more so lately, as even the police and military are recruiting people indoctrinated to be feminized, soft, and weak—and thus they are increasingly ineffective at maintaining order. Consider the deputy sheriffs in Florida who were afraid to enter a school to stop a mass murderer running amuck recently, or last year’s economic summit in Hamburg, Germany in which twenty thousand police officers were incapable of maintaining order with less than a thousand rioters, and with the police themselves taking more of a beating than anyone else. In Sweden, the most progressively feminized society on earth, the police are afraid to enter certain Muslim migrant enclaves, if only because arresting a Muslim, or even defending oneself against one, might somehow be racist.

In the past, totalitarian socialist states have recognized this weakness of cultivating a society of docile sheep, so they have indoctrinated and trained a relatively small minority of the population in the opposite direction, in order to make monsters—like “special” police who pound on doors in the middle of the night, arrest people regardless of guilt or innocence, and would torture their own best friend if ordered to do so. The military elites must be indoctrinated with particular care.

Such a system as the new-fashioned one, i.e. feminized neo-Marxism, is simply doomed to failure, if only because a strong nation must have strong members. Which means the members of a strong, vigorous society must be at least capable of being badasses. Potential monsters with a sense of morals and honor restraining them, with self-control and not control by a repressive system, may need to fight back against monsters more monstrous than they are, to protect everyone in society. In such a case one certainly should not be controlled by the system, because the monster may be the system itself. But ideally, the honorable badass should remember to be no more monstrous than necessary, and should never forget that every deliberate action has moral consequences.

In conclusion I will reiterate an increasingly common refrain on this blog—If you want to live a perfectly harmless, perfectly nonviolent life, then renounce the fucking world you silly person, and reconcile yourself to being an evolutionary dead end. Such an approach to life is laudable for an individual person, but it doesn’t work so well when foisted upon entire societies in the so-called “real world.”

the interview with Cathy Newman
https://www.youtube.com/watch?v=aMcjxSThD54

the interview on Fox
https://www.youtube.com/watch?v=zBs_rrxgTGk 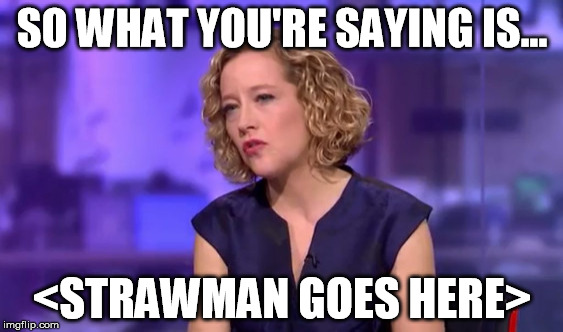 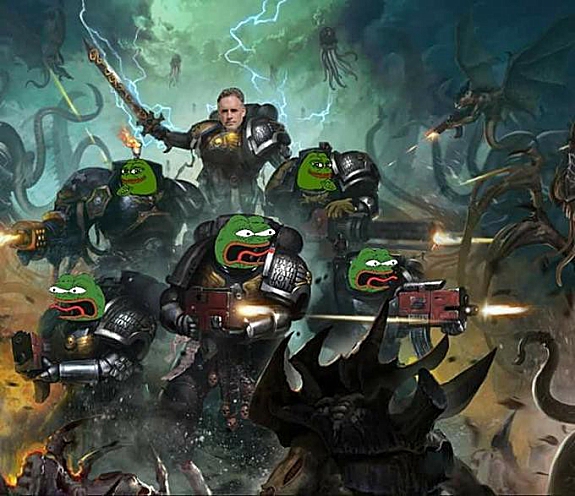 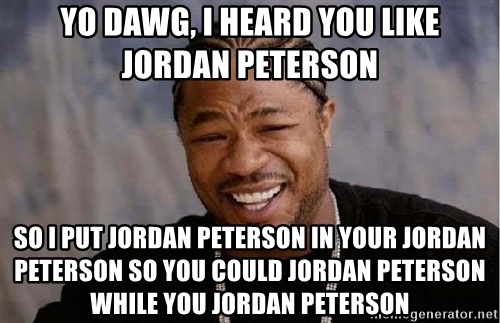 One reason why the left is beginning to lose is that leftists can’t meme worth a damn.