"If we lose freedom here, there is no place to escape to. This is the last stand on earth."  —Ronald Reagan

Long ago when I was in high school and college, that is, during the long-haired dope-smoking hippie stage of my life, Ronald Reagan was President of the United States, and I despised him. I didn’t actually hate him; I thought he was a clown. I couldn’t see how anyone with a brain could actually have voted for the man. He seemed like a senile old B actor merely playing the role of a President, and not playing the role very convincingly. He struck me as a kind of puppet ruler, little more than a figurehead, with high-caste Republican Brahmins in black suits, and possibly his wife also, actually pulling his strings and running the country. In fact at one time I made a solemn resolution that if Ronald Reagan’s face ever appeared on US money I would emigrate to Australia.

Towards the end of his presidency, when the Iran-Contra scandal was flaring up, Reagan’s claims of ignorance were believable even to his enemies, as he was apparently already beginning his gradual descent into Alzheimer’s disease. But even before then he struck me as an extraordinarily slow thinker to say the least: it seemed that any question at all could be asked him and his initial response would be, “Well…,” because he would have to ruminate for a few seconds no matter how simple the question. Although Reagan himself was a former Hollywood actor, the celebrities of the entertainment industry, if I remember correctly, despised him for his conservative policies. I remember Robin Williams especially in his standup comedy routines mocking President Reagan repeatedly, and at the time I was pretty much in agreement with the comedians. 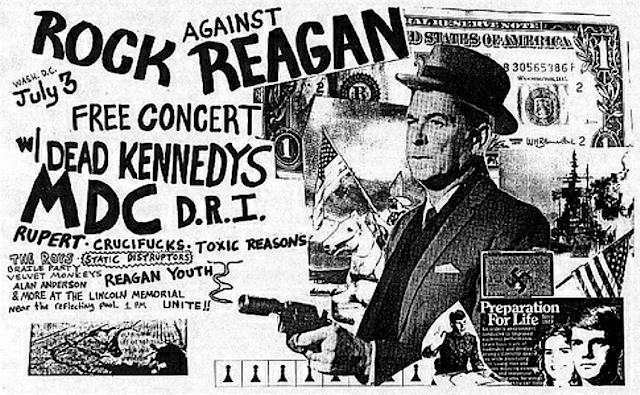 Nevertheless, although I am no historian of the Reagan era, and can’t really make an authoritative judgement on his administration one way or the other, I did live through it. I was in high school and college, and subsequently entered “the world” to seek my fortune, during the Reagan years. And I remember that the whole time the political left was howling against him, or rather just mocking him (politics was a little more polite and civilized back then), America thrived. The 80s were a good time to become an adult and enter the world in the USA, a relatively good time to be alive, differing somewhat from the case of the Carter era which preceded it.

So now I feel that I ought to reconsider Ronald Reagan. I can’t go so far as to say that Reagan was a great President (though maybe he really was), but all of my former opinions of the man are now suspect—considering the treatment received by Reagan’s spiritual successor, Donald Trump.

Trump and Reagan are similar in many ways. Both have adopted a tough, no-nonsense America First policy. Both have pasts in the entertainment industry and are looked down upon as vulgar buffoons, especially by their erstwhile comrades in the entertainment industry. Both have been opposed by members of the elite of their own professed political party for political heresy, for radically changing the direction in which the Republican Party was headed—although the official objections may differ. Probably their main similarity, aside from the mockery and downright hatred they inspire from half the country and the proud loyalty and joyful respect and gratitude from the other half, is the fact that they are/were unabashed, unrepentant nationalists who accept the idea of an international community of nations, but flatly reject the idea of America being subject to some largely un-American globalist bureaucracy, and are/were willing to defy the ruling elite in their efforts to serve their country. 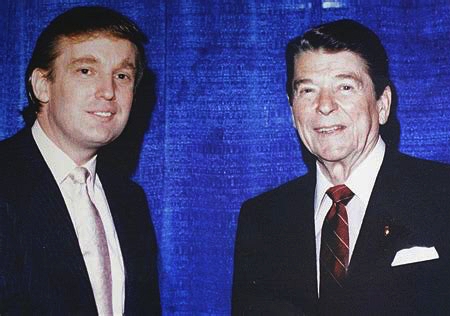 As is fairly obvious to anyone not completely brainwashed, President Donald Trump has endured raging hysteria directed against him on a daily basis, most of which is clearly undeserved. To give just one gratuitous example, a recent poll indicates that fully two thirds of Democrat voters in the USA believe Mr. Trump conspired with the Russians to illegally influence the 2016 presidential election—despite the fact that the total amount of real evidence supporting this belief is essentially zero. In fact the evidence indicates that the Trump/Russia collusion theory was a deliberate hoax perpetrated by the Obama administration, the Democratic Party, and the Hillary Clinton campaign to prevent Trump from being President, and possibly also to serve as a smokescreen to distract attention away from their own crimes. The constant attacks on Mr. Trump for any and every reason by the mainstream media are unprecedented, although there were certainly similar, yet milder, attacks on Reagan, and on Nixon as well. If Richard Nixon hadn’t been despised by many of the brahmins of the Republican Party for being too “liberal,” Watergate might have blown over like so many other presidential crimes committed over the past 242 years. The massive publicity assault against the President of the United States by Americans themselves is ostensibly because Trump is a racist, or a liar, or a vulgarian, or a fascist, or whatever; but the actual reason, the main one anyway, is that Trump is a nationalist. He is defying and throwing a big wrench into the globalist New World Order, and the powers that be are fighting tooth and nail to prevent that, by any means necessary, including a never-ending onslaught of hysterical propaganda.

I certainly don’t consider Donald Trump to be a perfect human; most of his supporters don’t either. Probably my biggest criticism of the man is not his lowbrow tweets but, as was the case with Reagan also, that his emphasis on the national economy is so single-minded that he is willing to sacrifice environmental protection for the sake of it. I think he was right to withdraw the USA from the Paris accords that were more political and globalist than environmental, but still, I like wildernesses and wildlife, and don’t want to see them destroyed for the sake of, say, a factory or strip mine and the jobs that go with it. It’s a judgement call for sure, a matter of opinion, but still, my views differ from those of Mr. Trump on the issue. But overall he is doing what needs to be done to prevent America, and possibly the world, from becoming the Brave New World.

And so, thank the gods for the Internet, which to some degree at least is undermining the Official Narrative, which is promulgated not to inform us of the truth, but to keep us under control. 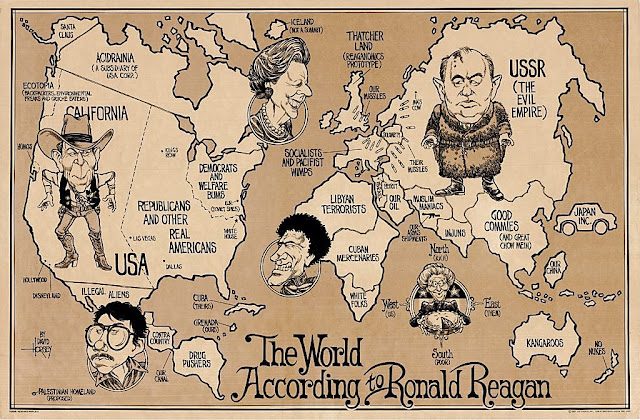