On One World Government

The one thing man fears is the unknown. When presented with this scenario, individual rights will be willingly relinquished for the guarantee of their well-being granted to them by a World Government, a New World Order. —Henry Kissinger

We are grateful to the Washington Post, the New York Times, Time Magazine and other great publications whose directors have attended our meetings and respected their promises of discretion for almost 40 years......It would have been impossible for us to develop our plan for the world if we had been subjected to the lights of publicity during those years. But, the world is more sophisticated and prepared to march towards a world government. The supernational sovereignty of an intellectual elite and world bankers is surely preferable to the national autodetermination practiced in past centuries. —David Rockefeller

To achieve world government, it is necessary to remove from the minds of men, their individualism, loyalty to family traditions, national patriotism and religious dogmas. —Brock Chisholm

Personally, I am not entirely opposed to the idea of one world government. Nevertheless, there are many possible ways of going about that, with some being much better than others.

For starters, modern (or postmodern) globalism, the path the world at large has been following for the past several decades, is not optimal, and arguably is more an economic movement than a political one. It seems to be essentially a matter of huge multinational corporations and financiers doing all they can to produce a global market consisting of docile, obedient sheeple, for the sake of the plutocrats acquiring even more money and power than they already have. Thus we have the spectacle of the Democratic Party (and some vestigial neocon pseudo-conservatives) essentially bending the knee to communist China and adopting many Chinese totalitarian techniques, such as censorship of dissenting views, economic punishment of those reluctant to obey, blatantly propagandist media (with huge Chinese markets allowing the CCP to profoundly influence professional sports and the movie industry), and draconian lockdowns “for our own good.”

Anyway, the route we’ve been taking towards one world government could hardly be in the direction, envisioned by so many twentieth-century science fiction writers, of the world being led by the United Nations. It would be more correct to say that the United Nations itself is being led by the aforementioned plutocrats, plus more or less Marxist movements dominated by the Chinese. I think we are very unlikely to be governed by the UN anytime in the foreseeable future. Much more likely would be rule by a global corporate conglomerate, somewhat like in the old movie Rollerball, with much ass-kissing of the political forces controlling the lovely huge new consumer markets in Asia, very possibly unofficially, behind the scenes, as it is done now.

Globalism nowadays is more a matter of plutocrats controlling governments, the media, educational systems, and so forth, and preventing the masses of sheeplike normies from realizing it.

It is fairly obvious that globalism in just about any sense, including the idea of one world government, is rather unpopular among conservatives/traditionalists, libertarians, and rightists in general, let alone nationalists and even many postmodernists; while the new cultural Marxist left drools at the prospect of globalism, even at the prospect of something very like Huxley’s Brave New World, portrayed as a dystopia. The left has come to love dystopias.

Even so, in a very technological world we arguably need a more or less unified world government, if only to control nukes, wanton damage to the biosphere, and so on. It would probably have to be somewhat restrictive of our rights and freedoms, as is the case to some degree with ANY government (and anarchy is not so good either, as it’s approximately as unrealistically idealistic as is communism, with which it is often linked). Limitations to our rights and freedoms, even in a relatively good system, would presumably increase as the earth’s population increases—not only for the sheeplike masses, but even for the plutocrats and their political lackeys, if that could be managed.

But the way world governance is being attempted now is just another attempt at socialist social engineering which is pretty obviously doomed to failure, largely because it disregards basic human nature (the existence of which the new left vehemently denies) and simple objective empiricism. Rather than a huge centralized government interfering with almost everything we do, in an overblown mommy state, as is apparently the goal of the EU, better a smaller, decentralized, less obtrusive government with only a few major laws applicable to all.

One of those major laws could well be something like, “no more than two billion population”—implemented, of course, as humanely as possible. This might include mandatory sterilization of individuals with dysfunctional genetics (like serious genetic diseases, abnormally low IQ, etc.) and also people who for whatever reason are unable to feed themselves, let alone any children they might have…. But that’s eugenics! That’s what the Nazis did! Well, so? Just because Nazis did something doesn’t necessarily make it evil. The Nazis pulled themselves out of the Great Depression more quickly and efficiently than anyone else, including the USA under Franklin Roosevelt. But there are problems with human eugenics; for example sterilizing people with low IQ could spell trouble for sub-Saharan Africans and Australian aborigines in general. Plus of course eugenics could be abused by political parties for political reasons, for instance by declaring anyone who opposes them to be mentally defective. That would be a major danger of any political body guiding eugenic choices in the population, human nature being what it is. At the very least we’d have to come up with something reasonable and realistic, which the new left’s approach certainly is not. It would probably be best simply to forbid those who can’t feed themselves without living on a dole, and thus could not feed their own children likewise, to reproduce. This also no doubt would be seen as RACIST by lefties, considering that some ethnicities are more able, in general, to prosper in a technological society.

The thing is, all sorts of possible world governments are possible, just as all sorts of national governments are possible. So what kind of world government should we aim towards? A world Empire ruled by an autocratic God-Emperor? A constitutional monarchy? A secular democracy? Socialism? Fascism? Feudalism? It seems pretty likely that favoring the first form of world government that is proposed is pretty stupid, especially if it smacks of Marxism. Also, especially at a global level, local governments are more attentive and responsive to local issues than a centralized government would be, so a loose confederation of nations, as the founding fathers envisioned the nascent USA, would very probably be much more plausible than the current attempt at plutocratic technocracy.

One idea that lefties especially ignore, or rather abhor, is the idea of ideological diversity. Different governmental/political systems should be tried even within a loose confederation of states: socialism, fascism, liberal (in the classical sense) democracy, absolute monarchy, constitutional monarchy, maybe even some area reserved for pure anarchy. This would serve one very important purpose: It would allow different systems to compete within the whole, thereby demonstrating what works best, and promoting the evolution of society towards what really works best, not in theory but in empirical reality.

I seriously doubt that lefties, including the current batch of “woke” plutocrats, would go for this, for at least two reasons. First, the typical ideological intolerance of the far left, rivaling that of premodern Christianity in its raging hysterical hatred for those who do not follow the faith.

And second, deep down, intelligent leftists may fear the truth. Deep down they may fear the possibility, or rather probability, that leftist governments simply cannot compete with other systems on a level playing field. Even China has had to move towards semi-capitalist fascism to some degree, just to keep up with the west—along with lots and lots of spying and cheating and copyright theft and currency manipulation and so on.

The “government” of the USA lately has highlighted inadvertently the defects of a feminized, feelings-oriented approach to governing a nation. Crises and fiascos abound, largely because cabinet ministers, as well as the vice president, are selected not on their actual qualifications but rather for the purpose of filling diversity slots. Recently the secretary of transportation was revealed to be on vacation for two months during a massive shipping crisis, on “paternity leave” because he and his husband had recently adopted two babies. I’m not saying that ships would be able to unload their cargo in American ports any more efficiently if this fool were on the job, because he knows pretty much squat about organizing mass transportation anyway. He was selected for the position largely just because he’s a homosexual (plus we may assume it was a bone tossed to him for voluntarily dropping out of the 2020 presidential race so Joe Biden could be installed by the globalists). The whole situation demonstrates that efficiency or practicality—empirical reality—is NOT a priority for feelings-driven (or hysteria-driven) ideologues.

A socialist world government would not work well, because socialism doesn’t work well; and it would depend heavily on the maintenance of no non-socialist competition. (This is one of the main reasons why the USSR went belly up: having to compete with the USA, and the capitalist west in general, especially in an extremely expensive arms race.) It is well known, to some anyway, that socialism, in order to work at all, must parasitize the prosperity of a capitalistic system.

The moral of the story, or at least one of them: Socialism Doesn’t Work, no matter how high-minded and compassionate, not on a national level and sure as hell not on a global one. We’d be better off with the God-Emperor. 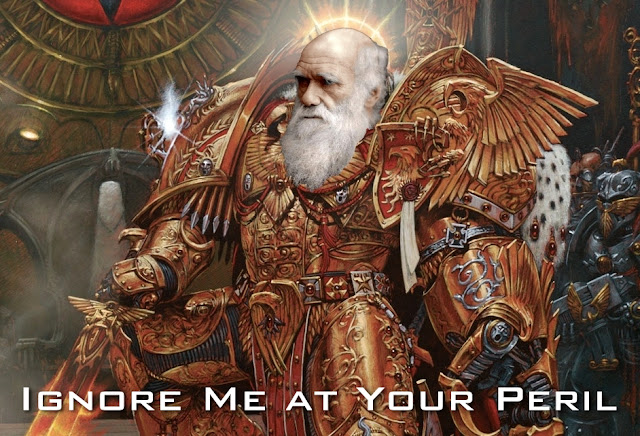