Indeed, the truth that many people never understand, until it is too late, is that the more you try to avoid suffering, the more you suffer, because smaller and more insignificant things begin to torture you, in proportion to your fear of being hurt. The one who does most to avoid suffering is, in the end, the one who suffers most: and his suffering comes to him from things so little and so trivial that one can say that it is no longer objective at all. It is his own existence, his own being, that is at once the subject and the source of his pain, and his very existence and consciousness is his greatest torture. This is another of the great perversions by which the devil uses our philosophies to turn our whole natures inside out, and eviscerate all our capacities for good, turning them against ourselves. —Thomas Merton

Souls are like athletes, that need opponents worthy of them, if they are to be tried and extended and pushed to the full use of their powers, and rewarded according to their capacity. —the same guy

Those of you familiar with my blog posts, videos, bad jokes, and so on are probably well aware that I have no use for leftist Dharma—that is, “progressive” leftism with a little Buddhist (or Hindu, or Christian, or whatever) flavoring added. I’m referring in part to Dharma halls with lesbian or diversity-hire gurus (or just politically indoctrinated androgynous ones) sitting before the group and sermonizing about white privilege, mindfulness of white privilege, social oppression as a genuine cause of suffering (mutating the Second Noble Truth into spiritually bankrupt neo-Marxism), global warming of course, “the Patriarchy,” recruiting People of Color as a priority of the group (while largely ignoring Asians who comprise the majority of Buddhists in the west), feminism, backhanded denunciations of Trump and his supporters, white people stealing from the original inhabitants the land on which the Dharma hall is situated, and just about every other leftist talking point. Buddhism finds its way into the Dharma hall mainly through one or two elementary meditation techniques and some mispronounced Pali or Sanskrit terms, plus, I suppose, a Buddha statue and some bells and other paraphernalia.

Considering that I had almost no contact with western Buddhism before I became a monk, and then immersed myself in Asian Buddhist culture—which is very traditional and conservative—when I came back to the USA to try to live as a monk in my native land I was astonished, and sometimes appalled, by the lukewarm Dharma hobbyists LARPing as serious Buddhists. That was more than ten years ago, and the situation has degenerated radically since then. Most of western Buddhism (but fortunately not all) has degenerated into a kind of Buddhism-flavored ultraliberalism.

So, pretty much from the beginning, though increasingly over time, I have tried to promote an interpretation of Buddhism, particularly Theravada, that is first of all traditional, and secondly of all non-leftist. This is within reason of course, as some aspects of Buddhist tradition are essentially mythological or otherwise anathema to a relatively objective western mind; and some aspects of Buddhism, like the absence of social class within the Sangha and the communalism and drastic reduction of private property for monastics, could be interpreted as basically leftist—though other aspects of ancient Buddhism could easily be interpreted otherwise, like spirituality in general, for example.

Over the years some western Buddhist have resonated with my non-leftist interpretation of Buddhism, with emphasis on the Pali texts themselves and not on lectures heard at Spirit Rock, and so these people have offered support or have otherwise interacted with me in positive ways. There have never been very many though, as conservative western Buddhism (or even classical liberal western Buddhism) has always been a “niche” group on the fringe of a fringe. But people are gradually waking up from the consensus trance of leftist/globalist propaganda and indoctrination, and are seeing that any religious or spiritual system that is commandeered by the left turns to rubbish.

Recently though, or rather several months ago, I was invited by my friend Manu to join a group which came to be called The Spiritual Right. The purpose of the group was to promote non-leftist spirituality—which is almost by definition the only kind of true spirituality, considering that the left is more or less Marxist, materialist, and superficial—mainly through videos and articles. We have started a website which is in the finishing stages of design and not yet entirely presentable, and we have very recently begun producing videos on YouTube, Twitter (not my domain), TicTok I think (also not my domain), and a few other platforms. I am supposed to set up the group’s videos on Bitchute also, but I am slow.

The main members of the group at present are Manu, who is a combination Buddhist and Hindu (he was raised Hindu despite being white); Mark, who promotes his own brand of Zen; Alex, who is eclectic but also has considerable experience in Zen Buddhism; Julie, who I’m pretty sure is an eclectic classical liberal type; and myself. There are others involved in the group, but we are the ones who, thus far, have participated in the making of videos. Alex’s video editing skills have turned up the video quality several notches from my own standard method of just sitting in a room and talking in front of a camera with the lights on. (I have always liked the production style of Styxhexenhammer666, who has disdained theme music and other special effects, though some members of the group have backgrounds in marketing and like a flashier, more professional-looking appearance to our work, considering that short, flashy videos are more likely to strike traction with westerners with spiritual values but short attention spans.) Also the website is to be professionally designed and compatible with western consumer tastes. This is not because flashiness is considered important in and of itself, but because it is deemed more likely to promote what is of great value.

In future we will be producing a monthly podcast (the first of which has already been uploaded onto YouTube), short videos addressing questions about western spiritual life, and articles on the almost finished website. Although all of us are at least semi-Buddhist our approach is eclectic, emphasizing actual spirituality over any specific tradition; and Manu has made some unsuccessful efforts to attract at least one Christian to the group. Also, our purpose is not simply to bash leftist attempts at Dharma but to provide information that may be helpful to folks in the west who are striving to live a spiritual life without the “progressive” hysteria and standardized degeneracy of the leftist mainstream. Nevertheless I do hope to have a few debates on our videos, and I’ve been eager to engage in one on the topic of No Self—a belief vehemently rejected by a surprisingly largish number of western (and pretty much ONLY western) Buddhists. Unfortunately, the western Buddhists (and western “authorities” on Buddhism) have shown no enthusiasm for debating me on this fundamental aspect of Buddhist philosophy.

A central issue that really has to be addressed is how to live a spiritual life in a western and spiritually bankrupt culture which is being dragged further and further away from any semblance of traditionalism or deep spirit by superficial hysteria masquerading as wisdom. This is a problem that was not much addressed in ancient texts. How does one support a family while still living a spiritual life? How does one make a romantic relationship part of one’s spiritual practice? How deal with money? How does one interact with indoctrinated normies on a daily basis without compromising one’s principles or lowering one’s ideals? And if one really is intent on renunciation in a society that does not support that, then what does one do? This is the kind of stuff we will be addressing, along with discussions of basic philosophy, ancient texts (largely Buddhist it seems), studies on comparative religion, addressing the human predicament in general, with some added marketing flash.

Different members of the group have different sets of interests, and some have technical skills that enhance the quality of our output; though my main contribution will probably be participation in videos (easy) and the occasional article. As I have mentioned recently, now that I have bills to pay and a mate to please, I have less time and energy to devote to philosophical pursuits, or the technical work required to present the fruits of those pursuits to the public. Nevertheless the cause is a good one, and I remain a spiritual being, and so I am very happy to participate in this group.

As I say, the website isn’t quite presentable yet, but the YouTube channel is HERE. We have Twitter links etc. too, although it's hard for me to endorse such a cesspit as Twitter. Rumble and Trump's Truth Social are probably in the works too. If you are interested in the subject matter, or if one or more of the speakers resonates with you, then feel free to subscribe. Who knows, some day we may even come up with a line of “merch.” 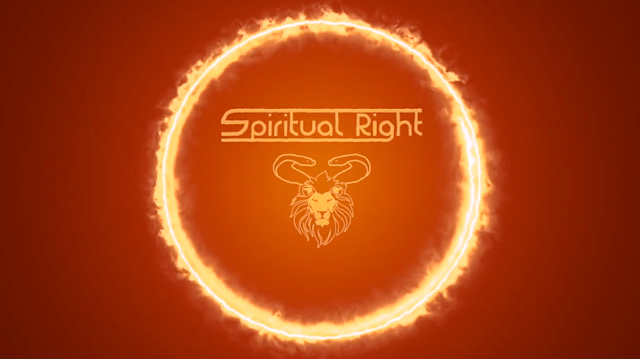