Indeed, not easy to guide is a dogmatist [nivissavādī] who is setting before him a contrived view. Claiming the Good to be there, in what he is dependent upon, he is a proclaimer of “purity” who has seen “reality” there.

Not conceiving, the holy man [brāhmaṇo] has no recourse to any designation; he is neither a follower of views nor an adherent of knowledge. And he, having known the common conventions, looks on indifferently while others take them up.  —Mahāviyūha Sutta, verses 16-17

I remember when I was living amongst Burmese scholar monks considering what phenomenal scholars they were, but also considering what unquestioning dogmatists they also were. Some Burmese scholars really are phenomenal in their ability to memorize and master the writings of others, yet as a rule they seem psychologically incapable of questioning the infallibility of their sacred and revered tradition. Venerable U Silananda, a relatively famous Sayadaw who participated in my ordination and whom I met many times, was like this despite living in the USA for many years and speaking more or less perfect English.

One great example of this phenomenon was Mingun Tipitakadhara Sayadaw, who had memorized the entire forty-volume Pali Tipitaka by heart, who was the questioner at the Sixth Great Council held in Mandalay in 1956, who had a long list of ecclesiastical titles conferred upon him by the Burmese government, some of which were invented just for him after he had exhausted the standard honors available, and who, I have been told, was in the Guinness Book of World Records for his almost superhuman memory. He was no idiot, and as I say a truly phenomenal scholar, and he knew very well what the Pali texts and the commentaries on same had to say. So when the commentary claimed that the historical Gotama Buddha was four and a half times as tall as the average man (more than 25 feet, or about 8 meters) he was unable to doubt it, despite the fairly obvious fact that it couldn’t possibly be true. The Buddha lived the life of a layman before he renounced the world, and reportedly had a wife and fathered a child. He lived in the same kinds of buildings as other members of his secular station in life. After his renunciation many people would meet him and believe him to be just an ordinary monk. He exchanged robes with his disciple Mahā Kassapa…etc. etc. The venerable Sayadaw knew all this better than I do (although he may have been ignorant of the scaling problems with a human being taller than a giraffe—bones incapable of holding the weight, insufficient lung capacity, and so on), yet he could not question the commentarial tradition. SO…he was obligated to come up with a strange theory of his own: namely, that in ancient northern India people were more virtuous and “dharmic,” causing the gods to love humanity more than it does now. This greater virtue inspired the god(s) regulating the weather to cause timely rains and temperate weather, which caused the crops to be more wholesome and nutritious…resulting in EVERYONE being four to four and a half times as tall as they are today. A glance at the archeological data would disprove this immediately, but, as I say, he was psychologically incapable of disbelieving pretty much anything in his own religion and his own cultural conditioning. He was, in a word, a dogmatist. A brilliant dogmatist, but a dogmatist nonetheless.

This sort of thing confronting me in Burma got me to thinking that it really doesn’t matter how intelligent a person is, if he or she is basing all of his or her arguments on false premises, the intelligence of that person has gone to waste. A logician may produce truly brilliant arguments based on the premisses presented, but if the premisses are false or invalid then all that brilliance has simply produced false and/or invalid conclusions.

I see much of the philosophy of the medieval and early modern era to be clear cases of this, and probably most of the later modern stuff based on scientific objectivity as a means of interpreting Reality. The Christian schoolmen were just as intelligent as we are, if not more so, but their dogma and their required axioms/assumptions were mental shackles that prevented them from escaping from an ancient and in some ways barbarous way of thinking. How can one understand the world clearly when required to incorporate a Hebrew carpenter turned miracle rabbi being the Creator of the Universe who died for our sins, a man made of soil and a woman made from a rib bone being tricked by a snake into eating the wrong kind of fruit being the progenitors of those sins from which we must be saved, and so on? As Albert Einstein is said to have said, "It is the theory which decides what we can observe."

Anyway, recently a friend of mine sent me a text which included the idea that the two premodern religions were ancestor worship and nature worship, and that the two postmodern ones are identitarianism and environmentalism—which parallels the premoderns. I replied that it is “progressive” leftism in general that is the big religion nowadays…which resulted in the standard trip down the rabbit hole of seeing postmodern leftism as an atheistic religious cult. “Social Justice” in postmodern America is obviously very similar in certain ways to early Christianity in late Imperial Rome: mass hysteria; calls for tolerance and love, but only with regard to members of the cult; irrationality and unquestioning faith trumping logic; self-righteous insistence that everyone must adopt their worldview or be punished; apocalyptic “the end is nigh” scare-mongering; the higher echelons being promptly taken over by political grifters and corrupt hypocrites; and on and on.

And this of course led me to see that aforementioned problem of dogmatism shackling one’s mind. Pretty obviously, many of the schoolmen of medieval Roman Catholicism, and many of the scholar Sayadaws of semi-modern Burma (in some ways Burma is still psychologically medieval, for better and for worse), were/are very intelligent. And like it or not, many leftist academics are very intelligent, setting aside the affirmative action diversity recruits into the universities who are there more because of their skin color than because of any actual qualifications. Setting that latter group aside, still I must admit that leftist academics are more intelligent on average than the average person endowed with common sense.

Even so, they are locked into a ridiculous dogma that prevents them from arriving at anything resembling a valid interpretation of reality. Some of this ridiculousness was invented by the diversity hires hysterically babbling out new revealed scriptures as though they were prophetesses inhaling fumes at some oracle. Much of it is based on pre-Darwinian Marxism, which reveals a stunning lack of insight regarding basic human nature. Black people are less prosperous than whites? It’s all Whitey’s fault. Blacks can’t possibly be free moral agents responsible for their own situation in life in a relatively (for now) free society. East Asian people have to be accounted for in the “progressive” scheme of things as a kind of Ptolemaic epicycle adjusting the Aristotelian dogma of circular orbits, in this case adjusting the idea that the west is White Supremacist—by claiming East Asians are somehow “white adjacent,” considering that, after all, they are more prosperous in the west than the supposed supreme and racist whites who created the civilization that the leftists endlessly bitch about.

So otherwise intelligent leftists, like medieval Christians and Burmese Buddhist scholars, start with assumptions that are partly absurd, and then no matter how brilliant they may be, they are stuck with generating more absurdity. A dogmatist is only as good as his or her dogma, and the dogma of the new left with its axiomatic built-in Marxism, its utter refusal to acknowledge obvious biological differences between ethnicities and between the biological sexes, its utter refusal to accept the past dismal track record of Socialism, and lately even its rejection of rationality and objectivity themselves (except for any “science” that seems useful to the cause) because it has been declared “patriarchal,” are guarantees that “progressivism” (or whatever it is called this week) can never really prosper. Its only hope is that, like Christianity in the late Roman Empire, it will conquer the culture and lead it downwards into a hysterical, faith-based, repressive, and squalid new civilization—the Brave New World Order. But even if that comes to pass it will lose in the long run to a more virile, more reasonable, and more “patriarchal” ideology. 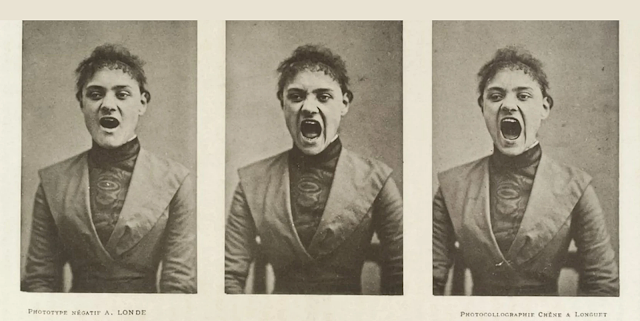