My Theory on Dogs, Cats, and Small Children

To his dog, every man is Napoleon; hence the constant popularity of dogs.  —Aldous Huxley

Gratitude is a sickness suffered by dogs.  —Joseph Stalin

Women and cats will do as they please, and men and dogs should relax and get used to the idea. —Robert Heinlein

A significant change in my life since I stopped being an ordained monk is that I now live in a home with five dogs and a cat. In Burma there was always at least one scroungy village dog that would come by around meal time to volunteer to eat my leftovers, and I became close friends with some of them—some of my best friends have been Burmese village dogs. Also at the Burmese place in California there were any number of half-wild cats…but now I am in a very different animal scene. As a monk I never lay on the couch watching YouTube videos with a dog snuggled up next to me licking whatever of my bare skin was available. Sometimes one or two of them even sleeps on the bed with me, which in a Burmese monastery was not only culturally unthinkable but also a very effective way to wind up infested with fleas and ticks.

I have always loved animals—well, MOST animals (the biting, blood-sucking, and noisy kind I tend not to like so much—so having a little family of affectionate animals is rather a luxury for me. There are three outside dogs, and when I go out after work to hug them they are pogoing up and down around my legs in a spastic frenzy. They are literally overjoyed to see me and get petted and picked up by me. The cat, when she is allowed inside the house, often follows me around purring like a little motorboat and rubbing against my legs. So not only do I love most animals, but lots of animals love me too, which is nice.

(I have written elsewhere about some of my interactions with Burmese village dogs. For example I’ve written about Doofus/Dunderhead/Caliban, who would go into ecstasies on being shown even moderate affection like a pat on the head and a kind word, and would faithfully follow me through the village when I would walk for alms. He would walk through one village dog pack turf after another as he accompanied me, sometimes whining in advance, knowing that he would very probably be attacked soon. I walked for alms with continual dog fights occurring around my legs. I doubt that I have ever written about Lamont, a black village dog who adopted me for a year or so. The only time he ever entered my cave was when he was mortally ill with some endemic dog disease, distemper maybe. He came into my cave and just stood there, apparently hoping that possibly the only human that he really trusted, the only human who had shown him genuine brotherly affection, might be able to help him. I couldn’t, and he died the next day. And then there was poor Cap’n Crunch, with whom I evidently had a paranormal experience of some kind of empathic telepathy….but I digress.)

Anyway, since I am surrounded by affectionate animals here I have been considering why they like me so much. Why do dogs and cats enjoy being petted so much? (Well, in Burma there WAS one female dog named Nicey who seemed indifferent to being petted, but let me pet her anyway because she seemed to recognize that I liked it. She would much rather be fed than petted, and that’s the main reason why she came to my place almost every morning.) All the dogs and the cat here, and of course many others over the course of my life, have thoroughly enjoyed hanging out with me. I assume there are lots of you out there who have had similar experiences with animals. So why do they enjoy human affection, or just attention, as much as they do? 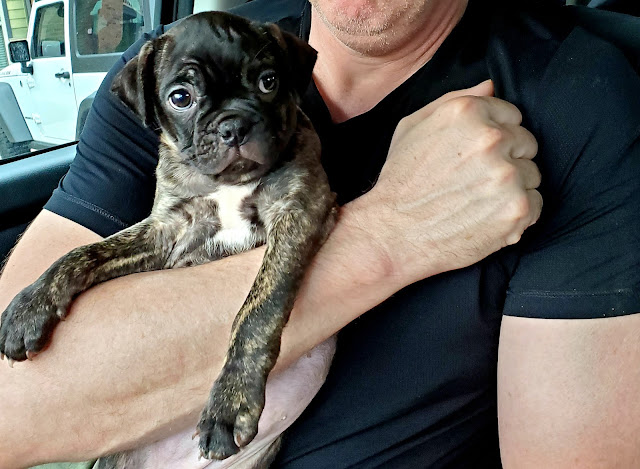 I doubt that it is nothing more than enjoyment of physical contact. They interact with each other, and although they enjoy playing and hanging out with each other they rarely go into ecstasies over it. The cat, when she’s in an affectionate mood, might rub up against chair legs and such, but that is a poor substitute for a friendly human hand. There seems to be more to it than just superficial hedonism.

Another possibility is that it fulfills some social instinct, that being petted by a human triggers the same sort of happy satisfaction caused by a mother dog tenderly grooming her offspring. But young cats and dogs rarely go spastic with joy over being groomed by another of their own species. I feed them sometimes and am somewhat of an authority figure to them, so the dogs at least might be accepting me as the alpha male of their instinctive pack. But cats wouldn’t have those instincts (other than appreciation for their source of food), and again, the joy of the outside dogs often amounts to jumping, snarfing delirium. So finally, spontaneously, just the other day, a hypothesis came to me to account for it.

Mental states are contagious, which is a major reason why Buddhist ethical philosophy strongly encourages avoiding fools and cultivating the company of the wise. Interpersonal interaction involves some degree of sharing or merging of consciousness, at least a little. So my theory is that interacting with a loving human boosts their own level of consciousness, and intensifies and deepens their experience. Higher consciousness entails greater happiness—with the highest consciousness and the highest happiness being essentially the same bliss, the same enlightenment, the same Nirvana. The little dog hopping up and down spastically at my legs doesn’t bring me down because it is radiating pure joy and acceptance, and it’s cute as fuck besides. So the little furry quadruped and I join consciousness to some degree, we commune in spirit, and this is pretty much the only way a pet can experience expanded consciousness, unless maybe it gets into its master’s stash of psychedelics, or maybe eats a coleus plant. (Yes, coleus plants are psychoactive.) I suppose the bliss of sitting at the feet of an enlightened guru, an experience I’ve never had in this life, can be similar for humans.

The situation with small children, ravenous for adult attention as they are, is no doubt much more complicated than with dogs and cats. I remember reading in Mary Baker Eddy’s Science and Health with Key to the Scriptures that, because according to Christian Science there is no physical matter and this world is generated by mind (a case of philosophical Idealism in Christianity), babies especially rely on adult consciousness to maintain their existence until they have enough consciousness going to maintain themselves. Also small children crave the companionship of adults for security, food, toys, education about the world, and so on. But still I suspect that to some degree the same principle applies to toddlers as it does to dogs and cats: through interaction with a more developed, more conscious being they are tapping into that higher consciousness to some degree through empathy or whatever, and higher consciousness is greater joy. It feels good to be expanded, and feels bad to be contracted. My experience is that depression is a prolonged contraction of spirit. Or as William Blake’s Devil once said, Damn braces, Bless relaxes.

Anyway, it’s just a theory that occurred to me while sitting on the couch the other day. But still I think maybe it’s true. 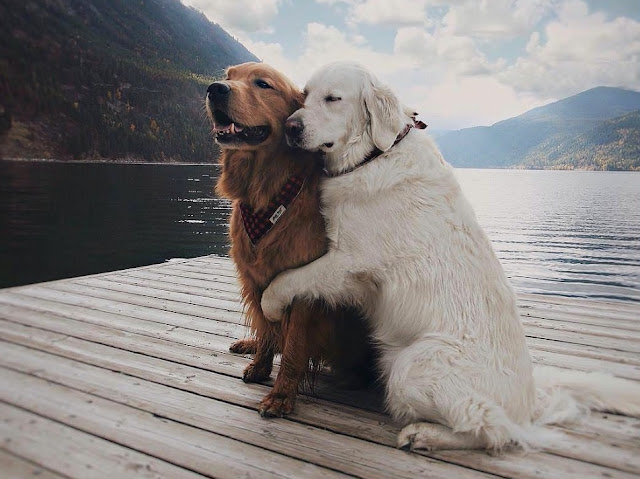