If you must shout, shout quietly.  —from Yellow Submarine

One of the advantages of being a part-time, freelance, free-range philosopher and Dharma teacher is that sometimes appreciative people send me strange and interesting things. For example, this year for my birthday, a friendly supporter sent me a small package containing a part for my Glock pistol, and a small bag of some cream-of-wheat looking powder that he called DMXE.

I had never heard of DMXE before. I had never heard of the MXE from which it is allegedly derived. But after some friendly advice from the friendly supporter, plus a little research on the Internet, I now know enough to know that DMXE is short for Deoxymethoxetamine. It is a very new psychoactive substance, invented, discovered, isolated, or whatever in October of 2020, so it has been known to the human race for less than two years. It is so new in fact that it is not (yet) illegal in the United States. I was told that it is a dissociative, causing the dissociation of consciousness from the physical body, and that it is chemically somewhat similar to ketamine. I was also told that it is certainly not intended for recreational use, but is entheogenic, that is, it can inspire mystical or other “advanced” spiritual states.

But because I work for a living now and have relatively little free time to spend with my sweetheart, because my sweetheart is very wary of such things, and because I am no longer a teenager and hesitate a bit before plunging headfirst into the mental unknown, I kept the little bag of powder in my nightstand for almost two months.

Then, finally, last night in fact, I decided it was time. Because, as I say, my beloved has no use for ingesting stronger mind-altering substances than a weed gummy (maybe even just half of one), and because I didn’t want her to talk me out of it or, worse yet, flush it down the toilet, I got out the powder while she was taking a bath. The friendly supporter told me that the bag contained enough for two doses, so I carefully poured out half the contents onto a little dish, and then I licked my finger and dipped up the powder, ingesting it orally. Immediately after this I informed my sweetheart of what I had done, hoping that she would not be angry with me while I was in a suggestible state, and she took the news with some disfavor, but nothing worse than could be reasonably expected. This was around 10:30 pm. I was told that the effects last from one to two hours, which I considered manageable that late at night, on a weekend with no work the next day.

The powder tasted bad, and it had a tangy flavor somewhat reminiscent of the cocaine I had tried long ago, in my teens and early twenties. It even caused some slight numbness inside my mouth. Around twenty minutes after ingestion I began feeling the first real effects, a slight chill, and a strange vibrating, humming sensation throughout my body. Also it seemed that the “sharpness” of my vision had increased, not meaning that I saw any better but that the contrast between shapes had increased. As I walked around inside the house I was reminded of Socrates walking around his cell after drinking the hemlock. But I trusted my friendly supporter not to poison me.

I didn’t start really feeling high on the stuff until more than an hour had passed, and I was wondering if there would be any significant “psychic” effect. Just in case, I turned on the old psychedelic Beatles hippy movie Yellow Submarine, and made myself comfortable on the couch. (I suppose if I were going for entheogenic effects I should have played a mantra instead, or sit in meditation on the back porch, or some such, but hindsight is 20/20.) Visual effects increased till things were in a mildly swirly state, with some slight shimmery geometric pattern stuff happening in dark places. I kept getting higher and higher.

Overall, for me, the effects were somewhat similar to LSD, although there were differences. First, after a time I could hardly stand up or even sit up without massive spins and vertigo. So walking around was pretty much out of the question, or so it seemed at the time. Also, the visual effects were less than with acid. Later on, when LSD would have me seeing everything as a manifestation of Divinity and Perfection, the DMXE simply had me sensing that no matter what I experienced, it would all still be Samsara. Anything that is made or conditioned, including this, is samsaric. I got some real insight into that one. I never fully dissociated from the physical system, although I felt that I was too inebriated to drive the vehicle of my body, and for the most part lay motionless except for my mouth, which was exclaiming in amusement from time to time over the movie, and my hands, which were moving in circles and figure eights as I marveled over the sensation of controlling such alien objects. I kept getting higher. As with other substances of this nature, especially ayahuasca, one of the main effects was simply that moment-to-moment experience became more intense, if that makes any sense.

The movie ended and I was couch-ridden. (My interpretation of the movie’s moral at the time: If there is to be a Utopia, it must have good music.) I was very thirsty but could not stand up with confidence. I called for my sweetheart, who was evidently sleeping in our bedroom; and after several attempts she came out to see what was going on with me. I asked her to please get me something to drink, as I was parched. She also kindly helped me to go to bed, leaving a glass of milk on the nightstand beside me. I barely made it to bed, it seemed like, and after I crashed onto my side on the mattress I remained in exactly the same position for hours. I knew the glass of milk was there, but sitting up enough to drink it was beyond me. A few times I remembered Danny Glover’s repeated line in the old movie Lethal Weapon: “I’m getting too old for this shit!”

Lying there on the bed, immobile, seeing shimmery patterns on the inside of my closed eyelids, breathing hard and sweating from the sheer intensity of it all, I did feel like, although I would challenge  my mind and body in all sorts of socially disapproved-of ways as a young man, with enthusiastic gusto even, my 59-year-old body had probably undergone enough challenges from the unknown. Though reassuring my sweetheart that I was fine, and really I was, still there was this vague idea that maybe a 59-year-old physical system isn’t chemically bombarded and dissociated from as easily as a 21-year-old one. At around four in the morning I felt grounded enough to turn over onto my back.

There was one memorable experience when I was still crashed on my side, when I got the idea that my own attitude and expectations might be responsible for my physically incapacitated state; so I started thinking that everything was fine, and I was not necessarily incapacitated at all. This seemed to help immensely, for maybe a minute, before I resumed my profound mental intensity and irregular breathing. Although the respite lasted for a short time, it did feel as though I were in a genuinely liminal state, in which my conscious attitude were conditioning my current state to a profound degree. That was probably the most vivid feeling of anything liminal or “paranormal” all night. I did not feel that being physically desensitized and incapacitated, though in a heightened mental state, as though I were shot with some kind of zookeeper’s tranquilizer dart, constituted being dissociated from my body.

All in all, it seems to me that I have gotten pretty much everything I am liable to get from psychedelics and other entheogens. I do think the use of substances like LSD, psilocybin, and ayahuasca can have genuine spiritual benefits for people, especially for beginners in Dharma. At the very least it can show a beginner that there are heightened states of “expanded” consciousness, even profound mystical states, which are at least as real as one’s normal waking state. This can inspire further investigation of the gross limitations of normal conscious states, including meditation practice to cultivate similar expanded states without the use of chemicals. I think most of my generation of Buddhist monks may have started their spiritual careers with psychedelics.

So I am certainly not opposed to the use of psychedelics as a spiritual tool. Before I became a practicing Buddhist my theory was more or less scientific, and my practice, aside from basic morality, consisted largely of taking LSD alone in wilderness areas. It helped to get me where I am today, which is nothing to sneeze your nose at.

Even so, although I am glad I took the DMXE, and although it was a mostly euphoric and occasionally profound experience, and although I was in a happy, mellow mood after my recovery (though feeling much languor and lassitude due to the intensity expended the night before), I have no intention of trying it again.

My sweetheart forgave me within 24 hours for taking a mysterious powder sent by someone I had never met, and all is well. Let’s exude. 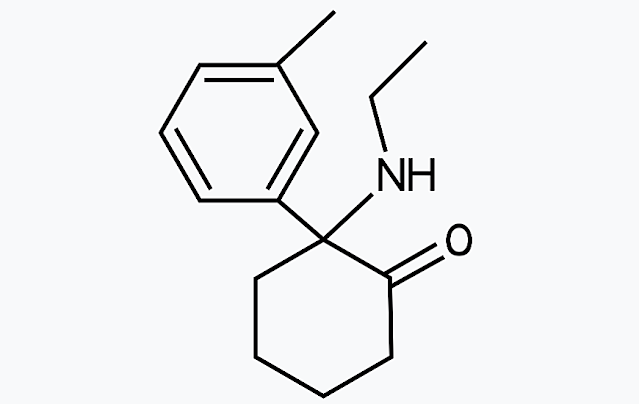