If I find in myself a desire which no experience in this world can satisfy, the most probable explanation is that I was made for another world.  —C. S. Lewis

In my most recent Q&A video (Question and Answer #39, which is here), a person mysteriously named Pseudonym asked the following question:

One very simplistic critique of Buddhism is noting the contradiction that “you desire to not desire”.  Similarly, practicing Buddhism to reduce stress, be happier, or even to seek enlightenment as an achievement to tackle are misguided. Yet, enlightenment remains as the target (or perhaps the object of desire) of Buddhist practice. Is this a real contradiction, or in what ways is this critique missing the mark? Can you help untangle this knot?

I did my best to answer the question, which starts at the timestamp of around 15:05, along with many others, and subsequently a viewer of the video expressed some appreciation for that answer in particular and wished he had a transcript of it to study it; and so I have taken the trouble to transcribe the answer in question. What follows is that transcript, which I hope will be of some value to some of you good folks.

I am always humbled, maybe even very mildly appalled, when I transcribe something I said in a video, because of all the illiterate (or unliterary) ums, and you knows, and kind ofs, and so on. I’ve edited out some of the more egregious stammering but have left in enough to make it plain that this is a transcription of a spontaneous, off the cuff answer. I hope you don’t mind.

Well, not all monks, even—I mean let’s just set aside the drones and the clowns and the crooks and, you know, just the lazy people that, you know, they’re not really even trying. Just set those aside. They do exist in the Sangha; we’ll just ignore those. But even the seriously practicing monks, not all of them, are like, striving for this goal of Nibbana. Because some of them, it’s just they feel like it’s a duty to practice. You know, it’s their sacred duty to practice Dhamma as well as they can, so that is, you know, that’s like their goal is just practice as well as they can. Some people, they just like to meditate, they like to live a simple, austere life—that was pretty much my situation. And so they just practice because of that.

But still, there are a lot of monks who are striving ardently, earnestly for Nibbana or Nirvana or Enlightenment. And the thing is, the more you progress—and we’ll get to this later on, there’s another question if I remember correctly, that kind of, uh, applies to this—where if, let’s say, you’re striving for Enlightenment, just single-mindedly, you know, and so all your other cravings kind of go away, or, you know, or, they’re sublimated or they’re just, you know, rejected, or whatever, and you’ve got this one craving left. You don’t crave girls anymore, you don’t crave rock ’n’ roll and ice cream and partying with your old friends, you’re not craving a book collection [pointing back at my book collection]…um, you know, all you want is Enlightenment.

And so you’ve reduced the number of your attachments and desires down to this one big one, and then you try and you try and you try, but because you still have this clinging, you can’t become enlightened. Because that’s like your last obstacle. So eventually you get to this point—it could be like, uh, an insight moment where you just realize, you just let everything go; or it could just be like absolute despair. You know: “I just can’t do this anymore.” You just kind of cast it away, and that’s it, I mean you’ve thrown away the last attachment. So Enlightenment can happen that way.

So, on the one hand you’re better off not setting up a goal as a purpose for practicing. It works for some people I suppose, if we go to the second route that I’ve just explained, where it’s this thing, this last attachment, you know, you sublimate all of your other attachments for this one holy, sacred ideal, and then of course because you have the attachment you can’t get there; you can’t attain it. And then finally for whatever reason, positive or negative, you cast that aside too and…click. So that can work too.

So I’ll just move on to the next question…. 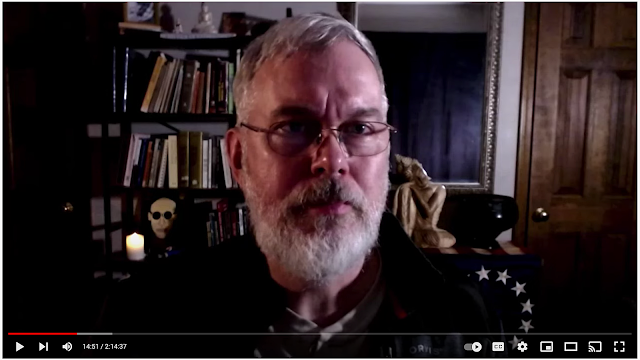 On the MGTOW Claim of Female Hypergamy