I found one man in a thousand that I could respect, but not one woman.  —Ecclesiastes 7:28

Sex: the pleasure is momentary, the position ridiculous and the expense damnable. —Lord Chesterfield

Philip Stanhope, 4th Earl of Chesterfield (1694-1773), was a nobleman, aristocrat, courtier, essayist, orator, diplomat, and member of Great Britain’s governing elite throughout the mid 18th century. Some of his claims to fame are: he was married to Melusina, Countess of Walsingham, daughter (illegitimate) of King George I, and sometimes friend and sometimes enemy of her half-brother King George II; he served briefly but brilliantly as Viceroy of Ireland 1745-46, which office he left to become Secretary of State; he persuaded the Government to reject the Julian calendar in favor of the Gregorian, in 1750; he famously snubbed Dr. Samuel Johnson, who appealed to him for help in writing his great Dictionary of the English Language, and was even more famously snubbed by Johnson in return when he finally offered help when it was no longer needed; and, perhaps most famously of all, he is known for a posthumously published book of private advice to his son, Letters to His Son on the Art of Becoming a Man of the World and a Gentleman (an ancient copy of which I happened to find at a monastery in Burma several years ago).

His son Philip could not become the next Earl of Chesterfield, being the illegitimate offspring of a French mistress, so the Earl groomed him assiduously to become a diplomat and shining member of the social elite. After the young Philip finished his studies in England he set out on the standard tour of Europe to polish his manners, brush up on foreign languages, and make high connections among the European nobility and aristocracy; and the bulk of the published letters (at least in my edited version of them) were written to him during his tour. Mainly he wrote to him about matters of etiquette and “good breeding,” plus politics, literature, etc.; and I remember the strange effect I experienced reading some of his advice on society: The father continually admonished the son to be affable and courteous to everyone, absolutely everyone…but at the same time, he must never perpetrate a faux pas amongst his peers—laughing at his own jokes, blowing his nose and then looking into the handkerchief, slurring his words when he speaks, stumbling over his dress sword, etc. etc.—because it will cause other “well-bred” people to shun him like pestilence. In other words, the universal affability of an aristocrat is merely an outward show, a kind of mandatory elitist hypocrisy. Dr. Johnson said of the letters that "they teach the morals of a whore, and the manners of a dancing-master." But then again, Johnson didn't like him.

Anyway, as you will see, he also advised his son on dealings with “the fair sex,” occasionally giving such advice as, take an aristocratic (preferably French) mistress, and don’t waste time dallying with servant girls; but the following excerpt, dated 5 September 1748, is the Lord’s largest, most concentrated mass of advice on an ideal gentleman’s interaction with fine ladies, including Duchesses and Countesses. It is clear that although Lord Chesterfield had a cheerful appreciation for the company of women, and was always charming and suave, he held a rather low opinion of them in general. I suspect that there are three main reasons for this: 1) He was a bigoted male chauvinist of course, who furthermore may have had some bitter recollections concerning women (for example, he was in a relatively loveless marriage of convenience with a German King’s daughter); 2) Some of it represents a contemporary “cultural construct” on the female side, that is, women of the aristocracy in those days received little education in anything but music, literature, and French, and were valued primarily as “trophy wives” and signs of status, being useless, ornamental, and luxurious (plus maybe providing a good dowry); and 3) He really may have had some genuine insight into feminine human nature. He really may have. After all, he was intelligent, subtle, a very skilled diplomatist, and had a great deal of experience among the cream of the beau monde, and had certainly been around town and had seen a thing or two. Some knowledge of female nature really is eternal, like the section in the Kama Sutra advising men when to make their move: If a woman is angrily scolding and abusing you while at the same time touching you, that’s it, she’s yours, take her now.

Partly to demonstrate his astuteness concerning human foibles in general, thereby demonstrating that he wasn’t simply an ignorant bigot, and partly because he changes subjects in mid-paragraph and even mid-sentence, I add some further advice regarding men, or human beings in general. What follows is all Lord Chesterfield’s own words. (“The line,” mentioned at the end, is the Equator.)

As women are a considerable, or at least a pretty numerous part, of company; and as their suffrages go a great way towards establishing a man’s character in the fashionable part of the world (which is of great importance to the fortune and figure he proposes to make in it), it is necessary to please them. I will therefore, upon this subject, let you into certain arcana, that will be very useful for you to know, but which you must, with the utmost care, conceal, and never seem to know. Women, then, are only children of a larger growth; they have an entertaining tattle and sometimes wit; but for solid, reasoning good-sense, I never in my life knew one that had it, or who reasoned or acted consequentially for four-and-twenty hours together. Some little passion or humour always breaks in upon their best resolutions. Their beauty neglected or controverted, their age increased, or their supposed understanding depreciated, instantly kindles their little passions, and overturns any system of consequential conduct, that in their most reasonable moments they might have been capable of forming. A man of sense only trifles with them, plays with them, humours and flatters them, as he does with a sprightly, forward child; but he neither consults them about, nor trusts them with, serious matters; though he often makes them believe that he does both; which is the thing in the world that they are proud of; for they love mightily to be dabbling in business (which by the way, they always spoil); and being justly distrustful, that men in general look upon them in a trifling light, they almost adore that man, who talks more seriously to them, and who seems to consult and trust them; I say, who seems, for weak men really do, but wise ones only seem to do it. No flattery is either too high or too low for them. They will greedily swallow the highest, and gratefully accept of the lowest; and you may safely flatter any woman, from her understanding down to the exquisite taste of her fan. Women who are either indisputably beautiful, or indisputably ugly, are best flattered upon the score of their understandings; but those who are in a state of mediocrity, are best flattered upon their beauty, or at least their graces; for every woman who is not absolutely ugly, thinks herself handsome; but, not hearing often that she is so, is the more grateful and the more obliged to the few who tell her so; whereas a decided and conscious beauty looks upon every tribute paid to her beauty, only as her due; but wants to shine, and to be considered on the side of her understanding; and a woman who is ugly enough to know that she is so, knows that she has nothing left for it but her understanding, which is consequently (and probably in more senses than one) her weak side.

But these are secrets which you must keep inviolably, if you would not, like Orpheus, be torn to pieces by the whole sex; on the contrary, a man who thinks of living in the great world, must be gallant, polite, and attentive to please the women. They have, from the weakness of men, more or less influence in all Courts; they absolutely stamp every man’s character in the beau monde, and make it either current, or cry it down, and stop it in payments. It is, therefore, absolutely necessary to manage, please, and flatter them; and never to discover the least marks of contempt, which is what they never forgive; but in this they are not singular, for it is the same with men; who will much sooner forgive an injustice than an insult. Every man is not ambitious, or covetous, or passionate; but every man has pride enough in his composition to feel and resent the least slight and contempt. Remember, therefore, most carefully to conceal your contempt, however just, wherever you would not make an implacable enemy. Men are much more unwilling to have their weaknesses and their imperfections known, than their crimes; and, if you hint to a man that you think him silly, ignorant, or even ill-bred or awkward, he will hate you more, and longer, than if you tell him plainly that you think him a rogue. Never yield to that temptation, which to most young men is very strong, of exposing other people’s weaknesses and infirmities, for the sake of either diverting the company, or of showing your own superiority. You may get the laugh on your side by it, for the present; but you will make enemies by it forever; and even those who laugh with you then will, upon reflection, fear, and consequently hate you; besides that, it is ill-natured, and a good heart desires rather to conceal than expose other people’s weaknesses or misfortunes. If you have wit, use it to please, and not to hurt: you may shine like the sun in the temperate zones, without scorching. Here it is wished for: under the line it is dreaded. 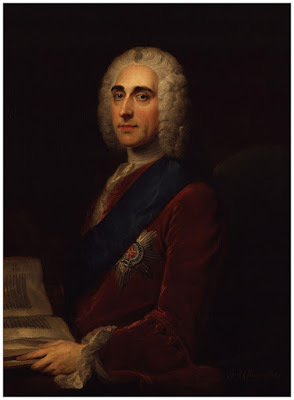