A Theory of Feminine Conformism

If it suddenly became the fashion for women to have their head shaved and their scalp painted with red and green checks, they’d all be rushing to the beauty parlors to have it done. —John Reynolds (my father)

It is a common stereotype, possibly even a truism, that women are slaves to fashion, or are, at least, more so than men. They are more conformist than men in this respect. When I was in college I had a girlfriend who was very intelligent, strong-minded, and independent, but who nevertheless fit the stereotype perfectly. She used to ridicule (not to her face, but privately) a certain young woman who wore skirts without stockings or nylons. I thought it looked rather nice; but of course my occasional mild remark in the young woman’s defense only caused my girlfriend to ridicule her bare legs all the more. A few years later I noticed that my girlfriend had begun wearing skirts without stockings. When I remarked on this to her, reminding her that she used to make fun of a person for doing exactly the same thing, she casually replied, “It wasn’t in style then.” But which is more admirable: to do something independently, on one’s own account, because one happens to like it, or to do something because everyone else is doing it, out of mere herd instinct? Seriously. There are a heck of a lot of women who evidently prefer the latter option, and quite a few men too, although with women such conformity is more prevalent.

A case in point is the decades-long struggle the clothing industry has engaged in to get men as addicted to ephemeral clothing styles as women are. Thus far the fashion designers and clothing manufacturers have not succeeded. Generally speaking, men are willing to wear the same clothes for several years, until they finally wear out. They tend to be more concerned with functionality and comfort than with what a gay fashion designer in Paris or Milan declares to be appropriate. This is not optimal for the clothing industry. Fashion-conscious women, on the other hand, may feel themselves constrained to buy a new wardrobe every year, or even twice a year, as the style is manipulated for the purpose of selling more garments; or, if they can afford it, they feel not constrained but eager, causing the gay fashion designers in France and Italy to rejoice.

This phenomenon of feminine conformity to whatever is trending is not limited to clothing, or shoes, hairstyles, lipstick colors, and innovative ways of painting one’s fingernails. It also includes, for instance, food fads, entertainment trends, and political fashions—which helps to explain why women are somewhat more likely than men to take political correctness seriously.

Why is this? Why are women more eager to conform to whatever is in vogue? A feminist, politically correct answer might involve statements to the effect that women are wiser than men, and thus are more perceptive and sensitive to the “spirit of the age,” or some such; or else might declare that, due to patriarchal oppression, women feel insecure and long for the relative comfort of feeling “connected” with others around them. In other words, it’s merely a cultural construct, like everything else. According to the theory, unless women are wiser than men, then psychologically men and women (plus whatever other genders there might be) are exactly the same, with all apparent differences being artificial and spurious. But I really have to call bullshit on this kind of attempted postmodernist rationalization. We humans are a species of animal, a mammal, a primate, a kind of upgraded ape; we evolved physically and behaviorally, and our behavior is conditioned by a mammalian brain and mammalian hormones. We have inherent, instinctive human nature, just as all other animals have inherent behavioral characteristics. This should be obvious to any dispassionate observer; but ironically, most people just don’t get it. We do not notice our own animal conditioning, much in the same way that a fish does not notice that it is wet. Not only do we have inherent human nature, but males and females inherently differ, both physically and psychologically, largely because of sex hormones. This is an issue I will take up in more detail some other time; but for now I will suggest that the phenomenon of feminine conformism has biological, evolutionary causes, brought about by different living conditions between men and women during the million years and more that we were evolving into what we presently are.

First, our female ancestors, for millions of years, have been more vulnerable than our male ancestors have been. This is because females are smaller, weaker, slower, and less aggressive, and because they are sometimes pregnant and sometimes encumbered with small children. This has caused females to be more timid than men, and more preoccupied with security. Women, more than men, want to feel safe. Consequently they care more about what the neighbors think, and tend more to conform, as they do not want to become social outcastes by not adopting what is most acceptable to the community. They want to be at the secure center of their “tribe,” not on the outskirts.

Also, partly because women have not been the primary fighters and killers throughout our history (and prehistory), and have been more responsible for the tending of children, the old, the sick, and the injured of the tribe, they tend to be more compassionate and empathetic. Women have evolved this way naturally. Consequently, they value more greatly the feeling of being emotionally connected in harmonious relationships with others. This can be seen fairly easily if one watches movies oriented toward women, or reads novels written by women. They primarily emphasize the interpersonal relationships of ordinary people, much more so than movies and literature directed more specifically toward men. Men want to be objectively right; women want to be subjectively connected—generally speaking of course, going with normal, relative tendencies. Hence greater emphasis on conformity among women.

I suppose I should mention an instinct found in humans as well as in other social animals such as chimpanzees, wolves, and chickens, in which members try to rise as high in the social order (or “pecking order,” among chickens) as possible. Thorstein Veblen’s classic Theory of the Leisure Class discusses this in terms of people trying to display the most elite fashions and manners as they are able, thereby to demonstrate as high a social status as possible, even if it is faked. This may apply to female conformity to fashions also, although it wouldn’t explain so well why women take fashions more seriously. (Veblen’s book, written more than a hundred years ago, hypothesized women’s ostentatious fashion sense as a kind of vicarious consumption on the part of their men, thus displaying men’s status through the fashionability of their women. But this theory doesn’t apply so well now that women are no longer the socially inferior servants of their men.)

Anyway, feelings of insecurity and a desire to be emotionally connected with others may adequately explain this feminine urge to conform; but I have come up with an evolutionary, anthropological hypothesis which I consider to be plausible, and which I think is likely to be a significant contributing factor to female enslavement to fashion.

For millions of years our ancestors, since long before they were yet human, have engaged in intertribal warfare. Up until relatively recently, such warfare was conducted with two main goals: the acquisition of territory, and the acquisition of females. Chimpanzees, our nearest living biological relative, also fight for territory and females. Traditionally, when one tribe defeats another in such warfare, the men who do not simply run away and hide are killed, with maybe a few found most worthy incorporated into the victorious group; the boys also may be killed; and the women are divided up among the victors as spoils of war, to be kept as wives, concubines, or slaves. This has been the way of human beings for a very, very long time, as is attested throughout history. Even the Bible gives accounts of this practice, for example:

Moses became angry with the officers, the commanders of battalions and companies, who had returned from the war. He asked them, “Why have you kept all the women alive?….[N]ow kill every boy and kill every woman who has had sexual intercourse, but keep alive for yourselves all the girls and all the women who are virgins.” —Numbers 31:14-15, 17

I haven’t read the Quran in quite a while, but I’d guess that this mode of killing enemy males and capturing their women as booty is endorsed therein also. If not, it has nevertheless been adopted by Muslim fighters over the centuries, beginning in the Prophet’s own time.

Consequently, for as long as people have had ethnic cultures differing from other nearby cultures, women have been much more likely than men to be suddenly transplanted into a different culture from their native one, as a result of their being the spoils of intertribal warfare (and I repeat, such warfare has been commonplace among humans for more than a million years). Women, much more so than men, have all of a sudden had to change their style of dress, their conduct, their language, and their belief system, including taboos and the gods they worship; and so they evolved greater flexibility in such matters, a kind of cultural fluidity. They became much more willing to be cultural relativists, so to speak, and to adapt, chameleon-like, to whatever “cultural constructs” surround them. And now that feminized thinking is pervading western society, this sort of relativism, along with a rejection of exalted moral standards for women invented by men, is destabilizing society, with not entirely positive consequences.

This “women as booty” theory (no pun intended) also helps to explain why women tend to be better at language skills than men, and to learn foreign languages more easily. 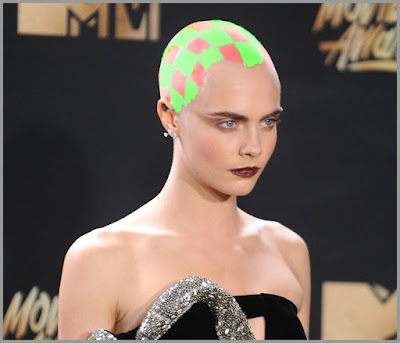