On Sexual Predators, Real and Alleged (an Overview)

Investigative processes have not been “fairly balanced between the accusing victim and the accused student,” Ms. Jackson argued, and students have been branded rapists “when the facts just don’t back that up.” In most investigations, she said, there’s “not even an accusation that these accused students overrode the will of a young woman.”

“Rather, the accusations — 90 percent of them — fall into the category of ‘we were both drunk,’ ‘we broke up, and six months later I found myself under a Title IX investigation because she just decided that our last sleeping together was not quite right’”… —from the New York Times

The main reason why I am writing on the subject of “erotic predation” (aside from the fact that the subject is somewhat of a corollary to some previous posts on human sexual behavior, and the fact that my conclusions are bound to be politically incorrect) is because I am moved to write by all the criticisms, by pros and amateurs, of politicians and other people in positions of power who are allegedly “serial rapists.” Former US president Bill Clinton is a classic example; although I was living in caves during his presidency I have heard a bit about his philandering, or “Bimbogate.” I’ve also picked up a little here and there on the sexual behavior of John F. Kennedy, which apparently was even more unrestrained than Clinton’s, but was less unacceptable and “incorrect” in those days. In the most recent shitstorm, of course, movie Hollywood mogul Harvey Weinstein is the primary whipping boy, being caught in the very midst of leftist PC culture, along with several others in the morally bankrupt entertainment industry. A more recent yet rather smaller shitstorm involved judge Roy Moore of Alabama, which of course was almost entirely politically motivated.

I freely admit to the unfortunate fact that men can and do rape women. The word “rape,” however, has become rather ambiguous and has more than one possible meaning. In the first sentence of this paragraph I used the word in the sense of “having sexual intercourse with another person against her will, through the use of physical force.” There are other meanings, though, and sometimes a person is called a rapist even though he hasn’t actually forced anyone, mainly as an aid to assassinating his character. Other meanings include:

Abducting a female, even if one intends to marry her, as in the ancient Rape of the Sabines. This one is archaic and obsolete, so let’s just forget this one. (Abduction isn’t obsolete; the meaning of the word is obsolete, plus maybe marriage.)

Statutory rape, especially having consensual sex with a person under the age of legal consent. This one often goes by the term “pedophilia,” presumably because it sounds more lurid and more horrifying. “Pedophile” is a more lethal weapon for character assassination than “statutory rapist,” and is more broadly applicable, considering that a pedophile doesn’t have to actually do anything wrong—he can just fantasize about doing something wrong. Anyway, I perceive two different varieties of this: engaging in sexual behavior with a prepubescent child, and engaging in sexual behavior with a person who is sexually mature physically, but nevertheless still under the legal age of consent. Both of these are conveniently referred to as pedophilia or rape; although it’s fairly obvious to me that the first is by far more morally culpable. The second variety, what in the old days was referred to as “messing around with jailbait,” is more of a cultural sin than a moral one—for example, how is it perverted pedophilia to have sex with a girl one day before her sixteenth birthday but not 24 hours later? Really, throughout much of the existence of the human race girls have lost their virginity shortly after they became sexually mature, i.e. nubile, which in some girls can happen as early as the age of twelve or even a little earlier (I am reminded of the Prophet allegedly waiting till Ayesha turned eleven before consummating their marriage). Even in America not so long ago girls could and did marry as young as thirteen years old. The country singer and former hillbilly Loretta Lynn became a biological grandmother at the age of 28. It’s better to wait, methinks, but still, I don’t consider it to be nearly as bad as molesting a nine-year-old. Especially if a giggling high school girl is looking for kicks, is already sexually promiscuous, as is common nowadays, and is quite willing. Especially especially if she’s dating a boy who loves her and just turned old enough to legally rape her in the statutory sense. At any rate I consider raging against a “pedophile” who messed around with teenage girls to be at least as likely to be a case of convenient character assassination as of righteous indignation.

Another variety is the sort on which American campus “rape culture” is primarily based: that is, consensual sex between two adults, about which the woman later has negative feelings. Approximately 90% of cases of campus “rape” are alleged to be of this sort. For example, both people are drunk, and afterwards the woman regrets having done it—so she calls it rape. Or she was quite willing to get into bed with the guy, but then halfway through he didn’t immediately stop when she said “stop”—so she calls it rape. Or she was his willing, sexually active girlfriend, then he broke up with her because he liked some other girl better, so the scorned ex girlfriend remembers how sometimes he would pressure her “against her will” by saying things like, “C’mon, let’s…”—so she calls it rape. This sort of thing is symptomatic of the new left’s pathologizing of natural, normal sexual behavior, especially male sexual behavior, and is simply pathetic, if not downright sinister. I reject the claims that this sort of nonsense is “rape.” It’s hysteria and hate, is what it is.

So again, regardless of the multitude of false accusations, I freely admit that some men can and do commit sexual assaults (forcing women, or male prison inmates, against their will; statutory rape of children), which is unfortunate to say the least. Also, it is unfortunately true that there are genuine sexual predators of all sorts out there—for example, men who seduce very confused women, men who take advantage of passed out drunk unconscious ones, or men who seduce one woman after another, telling whatever lies are effective, and then moving on to the next, as a kind of sport. One relevant form of sleaze that has been much in the news recently is the notorious casting couch of Hollywood. It’s been around for a long time actually. Legend has it that when Marilyn Monroe was signing her first big contract with a major studio she said, while writing her name, “Now I’ll never have to suck another cock!” I remember seeing an interview with Gumby on an old episode of Saturday Night Live, in which he maintained that the casting couch is used even in the cartoon industry: Wilma Flintstone, for example, allegedly made it to Bedrock on her back. Not so different methods of pressuring women to choose to trade sexual favors for other benefits would include police officers and store detectives accepting “oral pleasure” instead of arresting female speeders, shoplifters, and other lawbreakers—which happens quite a lot actually. Plus of course some men just behave like asses toward women. Some of this misconduct should be illegal; other indulgences are simply unethical and sleazy. Clearly, sensual misconduct really exists in this world, even to a greater degree than the politically correct yet largely amoral left would like to admit.

There are numerous complications with regard to sexual assault and predation. At one extreme there is the feminism-induced hypersensitivity concerning natural sexual behavior already touched upon. Nowadays a woman may declare herself sexually harassed, even assaulted and victimized, simply by a man she isn’t attracted to making a pass at her, or even a man she (usually) does like kissing her without first obtaining her specific permission. This sort of hypersensitivity, with regard to sexual matters or even ordinary speech, with all moral obligations being on one side of the interaction (all on the man, or speaker, and none on the woman, or hearer), results in such messed up social dysfunction as to be Kafkaesque. But more on bilateral moral responsibility some other time.

A complication at the other extreme of the spectrum, with regard to the straightforward, old-fashioned definition of rape as compelling a woman to have sex by brute force, is that such sexual aggression is to some degree built right into the human organism, as is the case with many species of animal. In fact in some species rape is the rule, and not the exception as it is with us. (It has certain evolutionary advantages, mainly of ensuring that the female mates with a male who is faster and stronger than she is, thereby ensuring better genes for her offspring.) Many women fantasize about being raped—this is actually fairly common—although the fantasy tends to be a romantic one about a desirable, very virile man being so overcome with desire for her that he cannot resist, and compulsively exercises his virility upon her, so to speak. An extremely politically incorrect psychological study, conducted back in the 1970s or 80s when PC hysteria hadn’t yet taken over academia, cited in Carl Sagan’s wild book Shadows of Forgotten Ancestors, found that a woman is more likely to date again a man who had successfully date-raped her than she is to date a man who tried to date-rape her but was repulsed and failed in the attempt. Again, a woman, speaking generally, instinctively likes a man who desires her strongly and is stronger than she is. Especially if he’s got other good points going for him. But although such considerations as these are complications, they of course in no way make rape excusable. Built into us instinctively or not, it is good to keep sex volitional on both sides, and to keep sexual assault to an absolute minimum—with regard to real sexual assault that is, not whatever hysterical feminists choose to call by that name. (Some feminists go to the extreme of asserting that any heterosexual intercourse is rape, as the woman is being stabbed, so to speak.)

Getting back to the recent Machiavellian character assassinations that inspired me to write all this, a common variety exercised especially against celebrities, which in my opinion isn’t really “rape” or necessarily even sexual predation at all, is the so-called exploitation of a power differential. I will go into that in the next post; in fact all the foregoing has been leading up to just that. 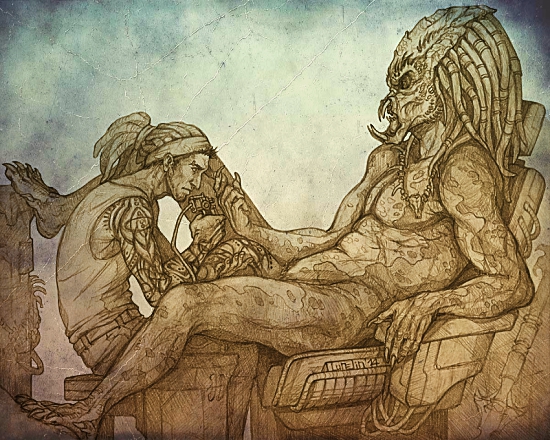