A Desperate Need for Something to Believe in: Our Beliefs Are Our Reality


It is easy to imbue the mind of crowds with a passing opinion, but very difficult to implant therein a lasting belief. However, a belief of this latter description once established, it is equally difficult to uproot it. It is usually only to be changed at the cost of violent revolutions. Even revolutions can only avail when the belief has almost entirely lost its sway over men's minds. In that case revolutions serve to finally sweep away what had already been almost cast aside, though the force of habit prevented its complete abandonment. The beginning of a revolution is in reality the end of a belief.  —Gustave Le Bon

It is fundamental to human nature that we have to believe in something—a view of the world, a set of values, even some sort of metaphysical interpretation of reality. From a philosophical perspective it could even be asserted that our very existence, subjectively at least, is simply the sum total of our beliefs.

Not only is a belief system necessary for any individual person, it is equally necessary for any functioning tribe or nation or civilization. In order for a society to exist, let alone prosper, pretty much everyone participating in that society has to be “on the same page” to some degree; everyone must agree to certain fundamental premises. In other words, the members of a culture must share an interpretation of reality and a set of values, a Weltanschauung, at least enough to cooperate and get along, and to want to cooperate and get along—that’s what culture is all about. We are all members of the same species, so just our neurological similarities will ensure a certain amount of similarity of perception of the world, but that alone is obviously not good enough.

In the past, providing such a shared value system and world view was a primary purpose of religion—and is also a primary reason why religions of the past have been so intolerant of each other. The philosophy or ideology on which western modernity rested was predominantly the Enlightenment (and to some degree Reformation) values of liberalism, secular humanism, empiricism, rationality, the ideal of progress, emphasis on the rights and dignity of the individual, and so on; traditional religion found itself having to find a place within the context of this more expansive system. Enlightenment (and Reformation) values pervade the US Constitution, as well as European models of parliamentary government. Farther east, the 20th century embarked upon a much less prosperous experiment with Marxist ideology, which lingers in attenuated form even now. Other parts of the world have tried to remain with the older, more traditional, religious unity of world view, especially areas that are predominantly Islamic. But whatever form it takes, a shared world view is a practical necessity for social life; without it, the inevitable result is social disintegration and chaos, probably accompanied by a great deal of bloodshed.

A strange complication to this situation is that a belief system evidently needs to be mostly invisible to those who partake of it. Generally speaking, it has to be accepted as “just the way it is,” as reality, without much objective scrutiny. Once a belief system become visible as just a belief system it is in serious trouble—it can then be objectively investigated, questioned, doubted, and ridiculed. Partaking of a cultural world view, or a consensus reality, is like dreaming: once you realize you’re in a dream, you’re consequently almost awake, and the dream soon ends. An interesting philosophical question is, must a society’s accepted world view be like the Matrix of the science fiction movie, an artificial reality, the artificiality of which almost all of us are totally oblivious? If it is not invisible, then presumably it must be able to stand up to careful and even hostile scrutiny; it must be something really fundamental and very much in harmony with empirical reality, or with human nature.

A case in point with regard to the danger of scrutinizing a culture’s world view is what postmodern Progressivism is doing to modernity and its foundational Enlightenment (and Reformation) values. The situation is most obvious in western Europe and the UK, where Progressivism has pretty much eviscerated the older version of reality with its critical theory, rejection of the validity of empirical objectivity, etc., at least in realms like academia where the new left abounds. Progressives in the west have turned against their own heritage with scorn, contempt, even angry revulsion; they have cultivated a hatred for their own ethnicity and history, even to the point of desiring their utter destruction. They want to tear down the old world view and replace it with a new one of cultural Marxism, socialized globalism, and so on.

One very ironic complication with the Progressive ideology replacing the old Enlightenment one is that, on one hand, it is seen by its advocates as a fitting replacement for an outdated system; while on the other hand it was designed in part for the purpose of destabilizing western society for the purpose of facilitating the eventual neo-Marxist takeover—and these two seemingly incompatible characteristics of the new left’s utopian dream are rarely sorted out in the minds of its proponents. To the degree that the very purpose of cultural Marxist policies is the weakening and destabilization of society—with identity politics pitting groups against each other, dissolution of the nuclear family and of traditional gender identities, contempt for traditional ethics and national identities that have served for millennia to hold societies together, etc.—to that very degree it is hardly likely to serve as a feasible replacement for what it is trying to destroy. And the result of this is a kind of ideological vacuum, or rather ideological chaos. But the whole idea of this organic self-contradiction within neo-Marxism is a subject for another time.

The overthrow and collapse of a civilization’s consensus reality is usually traumatic, and generally involves social instability and bloodshed. Furthermore, it absolutely must be quickly replaced by something else, preferably, of course, something that works better than what it replaced. A population, a society of interacting, cooperating human beings, simply cannot exist in an ideological vacuum, or in some solipsistic anarchy in which everyone believes in something, but disagrees with everyone else’s something. Superficial disagreements are fine, even inevitable, but even those disagreements must rest upon some common foundation of shared ground even for communication to exist.

Science and classical liberal Enlightenment values actually worked quite well as a universal common ground, in the west especially, until cultural Marxism saw fit to see it all as the enemy and the root cause of all evil. The old system that gave us advanced technology and world culture was transformed into a ruthless Patriarchy, replete with tools of white patriarchal oppression. Even logic and empirical objectivity have been attacked as weapons of the Patriarchy, utilized to keep women, people of color, and sexual nonconformists weak, marginalized, and “in their place.” To the extent that science is retained and exploited by the new Progressives it is politicized and weaponized by them as a political tool, thereby derailing and invalidating it—or at the very least discrediting it in the eyes of people already skeptical of the new ideology and observing it very critically. Even the new system offered to the masses as the replacement of the old is already being vivisected by skeptics pointing out its glaring lack of practicality, due largely to the irrationality of its emotion-based policies. So the big question now is, if the “patriarchal” world view of empirical objectivity and Enlightenment ideals is unable to reassert itself in a postmodern world, and if neo-Marxism is too irrational and unrealistic (let alone rejecting the very validity of a universal narrative, and being designed in part to destabilize society rather than hold it together), then what could possibly replace it? 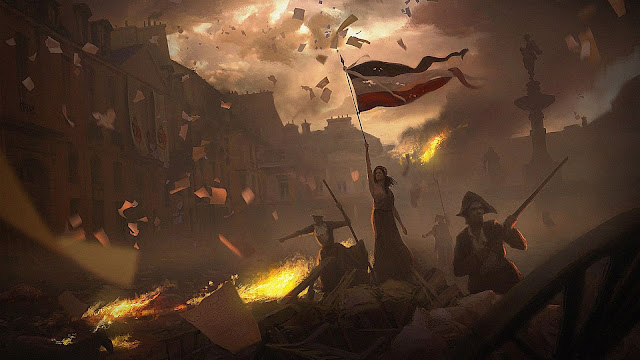