A Desperate Need for Something to Believe In: What Comes After Modernity?


After having exerted its creative action, time begins that work of destruction from which neither gods nor men escape. Having reached a certain level of strength and complexity a civilization ceases to grow, and having ceased to grow it is condemned to a speedy decline. The hour of its old age has struck.

This inevitable hour is always marked by the weakening of the ideal that was the mainstay of the race. In proportion as this ideal pales all the religious, political, and social structures inspired by it begin to be shaken.

With the progressive perishing of its ideal the race loses more and more the qualities that lent it its cohesion, its unity, and its strength. The personality and intelligence of the individual may increase, but at the same time this collective egoism of the race is replaced by an excessive development of the egoism of the individual, accompanied by a weakening of character and a lessening of the capacity for action. What constituted a people, a unity, a whole, becomes in the end an agglomeration of individualities lacking cohesion, and artificially held together for a time by its traditions and institutions. It is at this stage that men, divided by their interests and aspirations, and incapable any longer of self-government, require directing in their pettiest acts, and that the State exerts an absorbing influence.  —Gustave Le Bon

The shared world view that holds a civilization together may be relatively narrow or relatively broad, just as an individual person may be narrow-minded or broad-minded, “conservative” or “liberal.” Examples of relatively “narrow” civilizations could be medieval Christendom; Islamism since its inception (with a relatively liberal flareup at the peak of the Arabian Empire); the materialistic Marxism of the USSR, Communist China, and their satellites; and potentially also “progressive” neo-Marxist Social Justice. Examples of broader-minded civilizations might include ancient India (accepting of several different religious and philosophical ideologies, although most of them agreed on basic fundamentals); late Pagan Rome (also accepting of a very eclectic, cosmopolitan society, especially after several other civilizations had been conquered and absorbed into the system); and also of course modern technological culture, or scientific modernism (especially in America, in which a multitude of religions and subcultures have been held together in a relatively smoothly functioning composite based upon fundamental shared values and worldly ideals).

A relatively narrow or “conservative” ideology serving as a civilization’s shared world view may be much stronger at first, ensuring that almost everyone in the society will be in agreement on fundamental points—such as a shared single religion, with the assurance that it is the One True One. But narrow world views tend to be more rigid, and thus more easily broken, especially when they come into intimate contact with the world views of other civilizations. Such a hyperconservative world view would be virtually impossible in the west nowadays anyhow, with our past history and the present Internet. Such a narrow-minded civilization would have to be relatively intolerant of other points of view; and we are living on a very small world in which pretty much every culture is in contact with every other. Only the very obvious superiority of a belief system over all others, or a violent world conquest by its adherents, could ensure that a narrow, rigid view of the world could stand up to all others—which, needless to say, is very unlikely to happen anytime soon.

The ideal goal of a world view that can unify the west, or, better yet, the entire human race, would likely create as broad a consensus as possible, and one as inclusive as possible, without being so weak and diffuse as to allow society to disintegrate into tribalism and chaos. Modernism, at the edge of which we seem to be teetering, was a very effective, if imperfect, shared interpretation of reality, based on scientific objectivity and a few Enlightenment civic doctrines such as the dignity of the individual, rule of law, disapproval of slavery and torture, and so on. Being based upon ideals of fairness and benevolence, and even more importantly upon scientific empiricism more than blind faith, it was relatively unbiased and a powerful catalyst for progress and prosperity throughout most of the world. Also, it was so basic, almost subliminal, that it served as a very strong foundation for different cultural superstructures. If it must be replaced, then we would do well to come up with a replacement that is similarly broad-minded and capable of serving as a basis for a variety of ideologies; otherwise we may wind up with Islamism, or, possibly worse yet, the Brave New World Order of feminized postmodern neo-Marxism. Or, quite possibly, if the old world view of Enlightenment modernity falls without a viable universal replacement, then the world will inevitably fragment into a loose global conglomeration of nationalist or tribalist units, each with its own interpretation of reality, and a great deal less stability than we have now. People tend not to be comfortable associating with others who strongly disagree with their interpretation of reality. Global ideological balkanization would probably lead to a collapse of world peace, or anything remotely resembling it—unless it also independently led to a massive population crash. Maybe not even then.

Let’s assume that modernity is simply going out of fashion and must be replaced. Let’s also be optimistic and assume that neither global Islamism nor global feminized neo-Marxism take over the world, or the west. Well, what would the next universal paradigm, the next global belief system, be like? It’s unlikely to be any form of Christianity as a transnational common ground, as that has been scrutinized, criticized, and ridiculed already to the point of being more painfully out of style than modern liberal empiricism. It would seem that any other established world religion, including Buddhism, would not have much of a chance; and even Islamism would prevail only through violent conquest, as has been the case with Islam throughout most of its history.

As I’ve mentioned before, postmodern “Social Justice” is such an ideologically unsound, impractical mess as to be self-destructive, partly because it was designed that way deliberately to destabilize western society; but what about some other form of Marxism? Even the somewhat more rational, less castrated Marxism 1.0 was far from being a success story, as demonstrated by the history of the 20th century; and it seems that Marxism in general, whatever form it takes, as well as socialism in general, have fundamental organic flaws that render them implausible—despite the stubborn optimism of socialists who insist that it will somehow work next time. Thus far socialism has produced no real success stories.

So, what could replace the paradigm of modernity? Something not yet in existence and not even suspected by anyone? Something even broader and more basic than science? Perhaps some spiritual or philosophical application of postmodern relativism, with a mystical or Kantian Absolute being considered a foundation for varying belief systems? Such an absolutist foundation might work in India, but westerners are too superficial and extraverted to take such an abstraction to heart; and anyway it would seem to be too broad to unify anyone, unless, like ancient Indians or Romans, they had many other assumptions in common added to the belief system from the start. It may be that, as a reaction against the looming danger of Islamism and/or Marxism in Europe that some sort of fascist ideology, reminiscent of Evola or even Hitler, could once again arise and capture the minds of the people. (I might consider this to be preferable to feminized “progressivism,” provided that it can restrain any genocidal tendencies.) One possibility is radical nihilism, as portrayed in the movie Fight Club, with the goal simply of tearing down the established system in the hope that something healthier will arise spontaneously from the wreckage. (Even such a collapse might be preferable to the tyranny of political correctness hysteria and Grievance Culture, although disintegration is, allegedly, exactly what “The Jews” have been striving for with their establishment of critical theory, Grievance Culture, and so on.)

What seems to me almost a necessity, and consequently pretty likely, is that, if modernity can’t straighten itself out and get back on track, possibly with some necessary adjustments, then some charismatic messianic figure may have to come forth and preach a new gospel, spiritual or political. And since such a Messiah would be inspired in ways that I am not, I could not begin to guess what the new message would be. I am fairly confident—which may be reassuring to any leftists who actually read this—that the new charismatic world-changing Messiah isn’t Donald Trump! But who knows. At present we have an ideological death struggle taking place between progressive globalism and populist nationalism, the latter being Trumpian (and Orbanian, and Salvinian, and Putinian, and…), and the momentum seems to be with the latter, especially since some of the aforementioned self-destructive policies of the new leftist globalism have become glaringly manifest. At any rate, some form of scientific empiricism, being deeply embedded in world culture through technology, is here to stay so long as our technological age doesn’t collapse completely and leave us back in the Iron Age, or worse.

Nevertheless, as good Dr. Steve Turley never tires of reminding viewers of his YouTube videos, the world has outgrown modernity to the extent that a universal belief system based upon western science and Enlightenment ideals is reaching its end, and that it is in the process of being replaced by individual nationalistic cultures and subcultures. This process would ideally be limited to the extent of creating a loose confederation of nationalistic populations, interacting and cooperating as a diverse multicultural community; because if it continues to divide people further, we may all return to a state of humanity in which each valley is its own world, with its own people, its own laws and rituals, and its own heroes and gods. 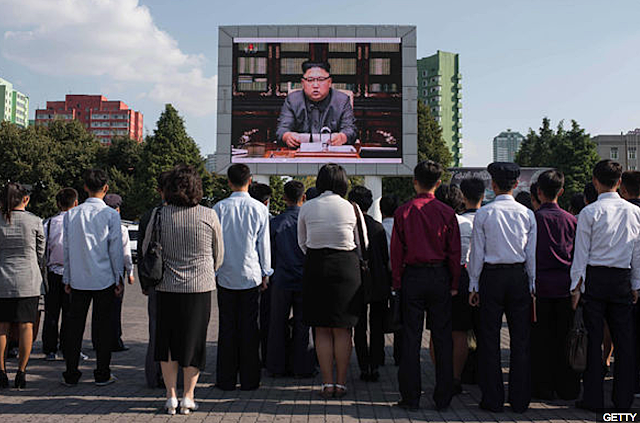