The video interviews with Brian Ruhe and Otto Excelsior continue. Brian's old YouTube channels were purged by the YouTube thought police for political wrongthink a few weeks ago, so he promptly set up a new one...which was also purged within about 48 hours. So then he set up another one, and that one STAYED UP. But even so, any content that is not politically correct is vulnerable to being purged by YouTube at any time, so you may as well click on the Bichute links whenever possible. Humbug on cultural Marxist thought police.

Also, you might consider subscribing to the Navakavada channel on Bitchute, which is Otto's contribution to the cause of non-progressive western Buddhism. Enjoy.

“Feminism and God,” in which I am mainly introduced to Pete Papaherakles and we start in on the issue of Feminism. (11:22)

On the misandry and also misogyny of latter-day feminists. With Brian Ruhe and Pete Papaherakles (14:31)

On the question of why Feminists are attempting to ally themselves with Muslims who consider them to be worthless whores. Another segment with Brian and Pete (51:09)

On Burma Being in all likelihood the most Buddhist country in the world (1:03:50)

“U Pandita Was an Angry Old Man” (Once again Herr Ruhe pushes the envelope with a provocative title) (5:27)

Why a Buddhist monk likes President Trump. Plus the thumbnail pic is a great meme all by itself. (50:27)

A discussion of paranormal phenomena and “psychic powers” from a more or less Buddhist perspective. (48:34)

A continuation of the talk above, with some talk about mind over matter. (48:48)

“Darwin, Evolution, Races Are Different, Buddhism and Science Deniers on the Left” (48:04)

“Buddhism Today: Head and Heart,” About Buddhism today and the unique challenges to spiritual practice created by Political Correctness and the current emphasis on the Heart over the Head, as well as other things (15:55)

“Biology: Reality vs. Ideology,” with a little bit of overlap with the previous one (10:15)

“On the difficulties Western Buddhists often have in keeping the 5 precepts, the metaphysics of the sneeze, the shape of the Earth, and the all-pervading Australian Conspiracy” (9:00)

A short one on masculinity in spiritual practice, and the idea that no effort is wasted (4:58) 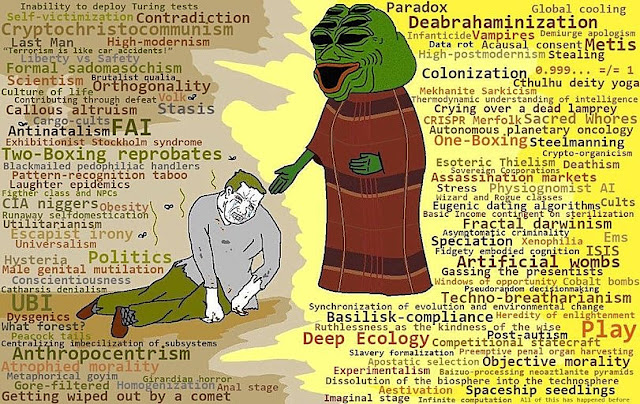