The Left vs. Personal Liberty


Notice: I apologize for the hiatus recently, but I have been completely offline here for more than a week. The underground cable has to be replaced, and the cable company is taking its own sweet time getting around to it. Right now a visitor is allowing me to use the wifi hotspot on his cell phone. I'll probably post something in the near future, more or less ranting about the metaphysical ramifications of this whole snafu. Have a nice day.


If we lose freedom here, there is no place to escape to. This is the last stand on earth.  —Ronald Reagan, with regard to America

On the morning of writing this, while sitting at the kitchen table, a temporary monk (ordained for just a short time to earn some merit, in accordance with Burmese tradition) looked out the window and remarked that there were several cats outside. The senior monk replied that there are about eight of them, being mostly strays that kind-hearted Buddhists leave food out for—whereupon this temporary monk warned the venerable senior monk that having that many cats in this area is illegal. The limit is three cats per household, with any cats in excess of that being grounds for fines or other punishments, presumably by the authority of the city government of French Camp, California.

Even here in the Soviet Socialist State of California that surprised me. It’s as though “liberty” is now becoming an empty word bearing some kind of vestigial virtue, somewhat like the people of the late Roman Empire feebly clung to the idea that they still lived in a Republic, and called it such, and proudly avoided the term “King” for their autocratic rulers up to the bitter end. How can a government anywhere in the USA, supposedly based on ideals of life, liberty, and the pursuit of happiness, be so intrusive into the private lives of its citizens?

With regard to the cats, I must admit that the Burmese, in typical Burmese fashion, exercise little forethought about such matters. At the first monastery I lived in, near Santa Cruz, there came to be approximately forty to fifty cats while I was there; one soft-hearted (and a little soft-headed) non-Burmese monk was buying big bags of cat food two at a time, and was even trying to attract deer to feed. To complicate matters, orthodox Theravada Buddhists consider it to be akusala, or bad karma, to neuter an animal (or castrate a male human being). I have already warned the senior monk here about this, more than once, cautioning him that before long this place may have a cat population like the place near Santa Cruz; but of course the traditional Burmese thing to do is not to do anything, and just let the situation get worse. Even so, this infringement on a US citizen’s right to raise cats is, in my opinion, totally un-American in spirit, more like something one would expect in that den of castration, Europe—or Burma also for that matter, although the government there is too weak and disorganized to enforce such a law. Burma has many restrictive laws but little actual enforcement, and is consequently in some ways a much freer country than is America, “the land of the free.”

In a truly free society one should have the right to do as one sees fit, in accordance with the inalienable rights to life, liberty, and the pursuit of happiness—so long as one does not infringe upon the same rights of others. This is where the trouble gets its foot in the door: people with more good intentions than common sense interpret the principle in such a way that giving chronic leftist malcontents something more to complain about, or worry about, even only potentially, is considered an infringement of their rights. Also, such a truly free society would have to share a set of values and have a modicum of integrity, which is however breaking down radically under the globalist drive for multiculturalism. (To this day I am unsure to what extent “progressives” really think it will work, and to what extent it’s a Machiavellian scheme to undermine and wreck western civilization, so that the cultural Marxist Brave New World can take its place. Pretty obviously it’s a combination of both.)

This cat quota situation reminds me of the mild astonishment, indignation, and scorn I felt maybe twenty years ago in my old home town of Aberdeen, Washington, a state almost as hopelessly leftist as California, when I was informed that feeding birds in one’s own yard had become illegal there. It seems to me that Americans have the right, even the duty, to disobey such fucking stupid and intrusive laws as this, regardless of middle-aged feminists on the city council whining in shrill tones about the potential threat of some avian disease spreading to humans caused by too many sparrows or pigeons in Aberdeen, or maybe of the trauma experienced by hypersensitive “victims” on whose cars the birds might defecate.

I read that lately in San Francisco it was decreed a crime to smoke e-cigarettes in public, and of course plastic straws have been banned for some time now—although injecting heroin in public and shitting on the sidewalk are still allowable. Any number of idiotic regulations of this sort could be listed.

The ideal situation in a free society would involve the populace simply being educated, informed, and advised about the dangers of heroin, or why keeping more than three cats is a bad idea, etc., and then allow a free people to decide for themselves whether to take the advice given (although shitting on city sidewalks is rather pushing it—I do see some sense in banning that outright, as it is obviously more of a hazard than pigeon guano). This sort of responsible, educated liberty was how America was originally envisioned; yet nowadays especially the left (and many on the conservative right also) think the best approach is to despise self-determination, individual moral responsibility, and personal liberty, to maintain a bleak, cynical view of human nature in general, and just to make whatever they don’t like illegal. Most of the world has always been this way: the king, or the government, is the master, and everyone must serve and obey or else be severely punished. For their own good of course.

The real danger comes in the spirit of freedom, the fierce insistence upon it, being eroded away little by little by decadent, culturally castrated leftists (and some other authoritarians) who fear freedom and are only too eager to abolish it in the name of security, for our own good of course, even if we don’t want it. Our descendants will want it anyhow, because they’re being indoctrinated in school and conditioned by the mainstream propagandist media to want it, and to fear and loathe anything potentially uncomfortable. And freedom can be uncomfortable.

As Ronald Reagan once said, America is the last stand. Once it has fallen to Marxism, cultural or otherwise, and once the spirit of liberty is dead, then there’s nowhere left to run to. People might say that using plastic straws, and feeding birds and cats, is trivial; but if government is willing to infringe upon our liberty even with regard to such picayune bullshit as that, then they’re certainly willing to infringe on much bigger and more important things, like one’s right to defend oneself, or to speak one’s mind—both of which are now becoming more and more illegal in the so-called Land of the Free.

If people don’t fight back, if they remain so thoughtless and sheeplike that they just go along with whatever loss of rights the false god of government chooses to impose, then they are going to get one of two things: Huxley’s Brave New World, except with more ethnic diversity, or degeneration into a dictatorial third-world hellhole, possibly an Islamic one; and in either case we’ll all get exactly what we freaking deserve. 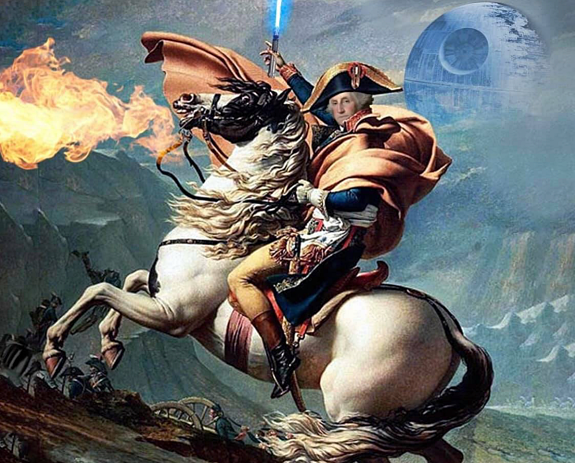