Reconciling Karma with Materialism: Fitting It All Together

All the events in a man’s life would accordingly stand in two fundamentally different kinds of connection: firstly, in the objective, causal connection of the natural process; secondly, in a subjective connection which exists only in relation to the individual who experiences it, and which is thus as subjective as his own dreams….That both kinds of connection exist simultaneously, and the selfsame event, although a link in two totally different chains, nevertheless falls into place in both, so that the fate of one individual invariably fits the fate of the other, and each is the hero of his own drama while simultaneously figuring in a drama foreign to him—this is something that surpasses our powers of comprehension, and can only be conceived as possible by virtue of the most wonderful pre-established harmony. —Arthur Schopenhauer

As I tried to explain in the recent article “Duende,” deep down we have access to all possibilities; and just as with an electron in its still-indeterminate state vector, in which it is following all possible routes to its destination and not just one, we also have the potential to follow all possible routes in the fulfillment of our own destinies, and in some sense may really be following all of them—if a future that is not predetermined can be called a “destiny.” And just as with that electron, even though we tend to follow a statistically likely path, all possibilities, including the statistically very unlikely “far-fetched” or even miraculous ones, are equally real, even if we do not realize them in our own mind-conditioned version of empirical reality. Most of us are oblivious to these potentialities anyway, and just go along with the karmic momentum of our own mind as it settles on its habitual ways of perceiving and acting in the world.

And as Dr. Helmut Schmidt appears to have demonstrated with his strange experiments, described in the previous installment of this here blog, we do have a capacity, latent at least, for causing things to happen in the material world without touching them in any way other than by perceiving them. This may seem like New Agey soft-headedness, but the basic argument is also mainstream science (a perceiving mind collapses the state vector and settles quantum random events one way or another), and has been mainstream science for approximately a century, and thus it is to be accepted as true by most dogmatic scientistic materialists.

What karma would do, again assuming that an external physical universe even exists (playing devil’s advocate here), is to use this power of perception to collapse the so-called state vector, to settle on one version of empirical reality amid the ambiguity of infinite possibilities, all equally real (or unreal: take your pick), to trace a path through a virtual multidimensional maze of potential or virtual events. One may say that this power of determining outcomes occurs at a submicroscopic quantum level, though Schrödinger’s cat, Dr. Schmidt’s cassette tapes discussed last time, and the notorious butterfly effect, plus of course the basic scientific premise that all macroscopic events are composed of submicroscopic building blocks, imply that the same principle applies to everything around us, even if we don’t see it, understand it, or perceive its very possibility.

All of these possible karmic events, only one of which is eventually perceived by us, are already there, or rather HERE, like all the statues already present in an uncarved block of stone, waiting to be realized—with the individual sculptor settling upon one form from among an infinitude of possibilities, and making it real. In fact the Tao Te Ching repeatedly refers to the Way, from which the ten thousand things of the phenomenal universe arise, as just that: “the nameless uncarved block.” (The so-called many worlds hypothesis, also of more or less mainstream theoretical physics, could apply here also, though I suppose not necessarily.) In fact I see the entire capital-U Universe, all that exists, as this same kind of uncarved block, full of an infinite number of possible statues, or universes, all equally real, with one version settled upon by a perceiving mind and focused upon to the exclusion of all others. If infinite possibilities were not present, the Universe would not be absolutely infinite; and it may be its absolute infinity in all dimensions, its Pure Being as Hegel would put it, that allows all this wide world to arise at all, seemingly from nothing…but I’m straying into stranger and stranger waters and should get back to karma.

Some skeptical people might object that if this interpretation of the power of karma were true, then everyone would have to have the same, or very similar, karma to all experience the same momentous and unusual large-scale events. When the eruption of Mt. Pelée in Martinique killed an entire town of 30,000 people with the exception of only two survivors in 1902, for example, the skeptic would say that it is extremely unlikely that almost everyone in the same town could have had the same karma to be killed in such a way, all at the same time.

But if we assume that the many worlds hypothesis is somewhere near to being true, and that there are literally an infinite number of possibilities, then millions of people having the karma to see an eclipse at the same time, or endure a hurricane, or see Donald Trump win by a landslide in the next election (ha!), would clearly be one or more of the infinite possibilities that can be realized. (And David Hume once said that anything that can be imagined is possible, at least in a metaphysical sense.)

Also there is the consideration that we have overlapping karma by necessity in order t have anything to do with each other. Karma is ultimately a mental state, and since we all belong to the same species and think and feel more similarly than differently, and respond similarly to the world we find ourselves in, we are bound to have plenty of similar karma. There is the further consideration that we presumably have a vast accumulation of past karma influencing our subconscious mind, so all sorts of seemingly strange or statistically unlikely occurrences are bound to be inside us potentially, waiting for their opportunity to arise and reach fruition, with a kind of subconscious empathy, perhaps, coordinating or harmonizing the events of our lives with those of the beings around us. The source of all possibilities is within us, as I tried to explain in “Duende”; it’s just that people subconsciously choosing similar possibilities wind up together, sharing more or less of the same virtual universe. But the many worlds hypothesis, or something like it, could account for the skeptics’ objection pretty easily, it seems to me.

Or maybe our skeptics would argue that if we could control our environment like this, if our world and our perceived reality were really being determined by our own mental states, then we’d win at the casinos every time and always have good things happening to us. We’d never get sick, for example, or old. But our deeper mind is more honest than the surface ego in its expectations and determinations, and also more automatic in its functions; often we get what we don’t want at the surface, but which we need to happen at a deeper level, like people whose lives have been changed for the better by a harrowing crisis or a brush with death. Also there is a deep desire for closure, which can have people even at a superficial conscious level seeking out punishment for their own perceived misdeeds.

Then there is the plain fact that we have little conscious control over the events we generate through our habitual ways of perceiving the world. Karma is a kind of autopilot that drives us through life when we are not fully awake, which is pretty much always. It is a mental state, but a subconscious one driven by the momentum of habit. This is why Buddhism says we are all semi-asleep, even fundamentally insane, with a fully enlightened Buddha being literally “Awakened.” Even good people can have bad dreams, even though they are presumably generating those dreams in their own mind, largely due to lack of conscious control over the deeper levels of consciousness lurking below the ego. This lack of total control is one of the arguments used in early Buddhism to support the doctrine of Anattā, or No Self.

But even so, despite this semiconsciousness, delusion, and lack of total control over the workings of our own mind, the perceiving mind, conscious or semiconscious, still has the power to collapse the indeterminate state vector and determine one outcome out of an infinite number of possibilities. That is the hypothesis anyway, and my attempt to reconcile karma and its fruition with some semblance of scientific realism…even though I’m not necessarily a scientific realist. I’m essentially playing devil’s advocate here, though sometimes the devil is right.

Schopenhauer, the fellow quoted way up at the top there, relied on the notion of a universal Will, fulfilling its own overarching urge for existence and self-perpetuation by harmonizing the events of every conscious being’s life, dovetailing it all together into a vast miraculous dance. Theists who believe is some sort of moral retribution generally rely on God to manage the miraculous interconnections. But quantum mechanics and the many worlds hypothesis in physics, plus the fact that we have a vast accumulation of karmic momentum from the past that can accommodate a wide variety of possible events, plus possibly even a kind of subliminal telepathic agreement among us conscious beings (as believed in, say, by the Christian Scientists), could account for the seemingly miraculous workings of karma just as well, or maybe even better. It is true, though, that anything that exists in the phenomenal world must necessarily perpetuate itself if it is to endure for more than a trillionth of a second; so this idea of Schopenhauer’s of Will driving us towards existence at any cost, even if the existence is a miserable one, has some real validity, and profundity. 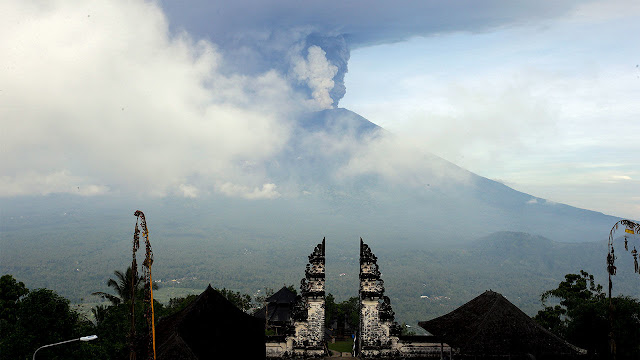