Why Would a Buddhist Monk Vote for Donald Trump? (2020 edition)

Putting the situation extremely simply, Mr. Trump is the only candidate with the strength and the independence to swim against the current of a pathologically corrupt political system….if I did vote, and if Donald Trump were running for president as a Republican or Independent or whatever, I would very probably vote for him as America’s only really viable option. —me, in May of 2016

In May of 2016, on the old Nippapañca blog, I posted an article giving my reasons for favoring Donald Trump in the 2016 presidential election, in which he went on to defeat Hillary Clinton in a spectacular upset which caused the entire globalist establishment essentially to go hysterically berserk, a raging insanity which has not yet subsided and is likely to reach a wild crescendo this coming November. In that post, still worth reading methinks, I had been very recently red-pilled, and was more of a leftist still than I am now, and also more naive politically. Also Trump was not a politician at the time, with little if any political experience, and thus he admittedly was somewhat of a desperate gamble to save western civilization. So my reasons for favoring Mr. Trump then are somewhat different than they are now. But still I favor him.

Some of my reasons remain the same. For example, one of my very first reasons for favoring him was that he was not politically correct. I have despised political correctness since I first became exposed to it, even before I understood how it was largely part of a new Marxist agenda to weaken and undermine western capitalist “liberal” civilization. So a President who also despises it, and who is a powerful agent working against it, remains a strong reason for me liking the man—but now there are new situations, and new reasons also.

One of my early reasons for not disliking him also remains the same: I don’t care if he is an unethical, ruthless, egotistical, bombastic bastard. I’m not saying that he is a bad man, relatively speaking (hell, all presidents order bombs to be dropped which kill civilian non-combatants, including women and children, with the more recent ones also ordering drone strikes), but even if he were it wouldn’t matter all that much to me, because history has shown that most great leaders who go down in history as “The Great” are indeed ruthless bastards. A lot of Democrats dislike Trump mainly because “he is a bad man”; and though their beliefs on this subject are mainly the result of anti-Trump propagandists attacking him on a daily basis, even if it were true I would still vote for him. A ruthless bastard who is nevertheless a patriot and who is working for the benefit of the nation and its citizens is infinitely better than one hell of a nice guy who nevertheless is incompetent, or a spineless slave to political correctness, or in the pocket of corporate billionaires and lobbyists, or someone who panders obsequiously to Marxists.

As I have explained before, the purpose of a President is to further the interests of the nation and its citizens before all else; and if this interferes with globalism, with America’s relative prosperity being parasitically exploited for the benefit of other nations, as the globalist agenda favored, then so be it. America First is the obvious attitude to have for an American President, though of course if America can benefit its allies also, or even the whole world, then so much the better. But still, for an American leader, it should be America and Americans First.

Another of my old reasons for preferring Trump is that he is actually more pacifistic, or at least less eager for war, than the globalist establishment—which before Trump came along was basically running both political parties in the USA. If nothing else he is a businessman who sees how obscenely expensive wars are, and how they are money pits that benefit a few already wealthy people at the expense of pretty much everyone else. The result of Trump’s reluctance to keep US troops in war zones unnecessarily is that the Democratic Party, formerly the refuge of pacifists, is now in favor of warmongering, just to oppose Trump in any and every way. And I still think we’d be better off as allies with the Russians, say, against the Chinese, and Trump is more likely to promote that than a globalist establishment (now mostly the Democrats) who favor Marxism and China to capitalism and traditional America, and whip up as much propagandist hysteria as possible to keep America at odds with Russia, and Trump from being cooperative with Putin. (This is not to say that Mr. Putin is a good man, or that Russia is not working against American interests, but still, as I keep saying, what is good and right from a political point of view is not necessarily what is good and right from an ethical one.) It is probably true that Trump and Putin would be on friendlier terms if the establishment were not accusing Trump of collusion with Russia and of being in Putin’s pocket, and so on; but this isn’t because Trump is in fact in Putin’s pocket, but rather because he sees that being friendlier with Russia would very likely be in America’s best interests. Not only would I say better Russia than China as an ally and trade partner, I might even say better Russia than Merkel’s Germany at this point. Globalist neo-Marxism, and its symptom political correctness, has gone much too far in the west.

Mr. Trump has really put his foot down against socialism, and has boldly denounced it in numerous speeches, including at least once before the United Nations, earning even more resentment and hatred from the far left (now in the process of trying to take over the Democratic Party, with neo-Bolsheviks like “the squad” leading the way). Socialism sucks, and doesn’t work out well in reality, regardless of all the wishful thinking expressed by its advocates. At the very least it rewards mediocrity and sub-mediocrity and to some degree penalizes excellence. And when people living on a dole are allowed to vote, then of course they will vote for more parasitic socialism in order to obtain a bigger dole. The founding fathers realized this danger of allowing non-producers to vote, but of course this is one reason why the new left hate the founding fathers, and the Constitution that they wrote, which the left now wants to ignore or abolish, or at least revise radically.

But the neo-Marxist left clearly is attempting a power grab, temporarily teamed up with and sponsored by billionaire globalists. Schoolchildren in America are taught to despise America and to respect sexual deviance. The mainstream media and many Democrat politicians are actually siding with rioters, looters, arsonists, and even murderers against the laws and Constitution of their own nation, for example by favoring Black Lives Matter, an organization whose leadership freely admit that they are Marxists working for a cultural Marxist overthrow of western society, with politically correct racism taboos supposedly rendering this Marxist organization above reproach.

So again, Donald Trump appears to be the one man strong enough and fearless enough to stand up to the globalist establishment and their Marxist attack dogs, and perhaps even save western civilization from the Brave New World. And more and more Americans are realizing this, as they realize that the corporate media have degenerated into unscrupulous propagandists fighting tooth and nail to defeat a man who evidently is blessed by the gods, as everything they try against him backfires. They call him “weak,” when he has successfully outwitted and outmaneuvered them at every turn, starting with his audacious hostile takeover of the Republican Party in 2016, ending the careers of a small multitude of globalist neoconservatives who were just as willing to sell out their country as their counterparts in the Democratic Party.

And, as always, Trump remains for the common person in America a pudgy middle finger hoisted towards a ruthless and insanely corrupt political system, and the indoctrinated sheeple who obediently follow it.

Trump has shown that he is not the wild gamble I originally thought him to be, even though I figured the gamble was well worth it. He actually keeps promises, in violation of standard political procedure, and has not sold out to the “establishment,” despite the accusations, accompanied by much bitching and groaning, of black-pilled right-wingers. (Again, to the people saying Trump is just as much a globalist shill as all the rest, I would point out the pretty obvious fact that if he were, then the globalist establishment wouldn’t hate his guts with such a frenzy of hatred as they are, and have been ever since he became the Republican nominee for President in 2016.) In fact, considering the long list of his pro-American achievements—strengthening our borders, tax reform and strengthening the economy (before the artificial pandemic undermined it, but which it cannot completely wreck), fighting against cultural Marxism in government and in schools, working to eliminate ISIS and other Islamic terrorist threats, promoting peace in Korea and the Middle East, improving upon miserably bad economic deals America made with other nations in an attitude of managed decline and Americans’ former willingness to “take one for the global team,” and on and on—I think he may be, just possibly, the best US President since Theodore Roosevelt. He certainly is one of the most important from a historical point of view, if only because of the sleaze, corruption, and managed mass hysteria flung against him openly and brazenly in a desperate (and still unsuccessful) series of attempts to destroy him and get the global New World Order back on track. Hell, they even attempted at least two palace coups against him, which also failed (alias Russiagate and Impeachment).

I can honestly say that Donald Trump, ironically, is the only President that I have ever been really enthusiastic about, and that he is my favorite President of all the ones I remember in my lifetime, regardless of his moral character. So yeah, I intend to vote for him in November, and if you are an American and don’t want to see western civilization turned into a socialist mess with white people becoming a persecuted and despised minority throughout the western world, I’d advise you to vote for him likewise. 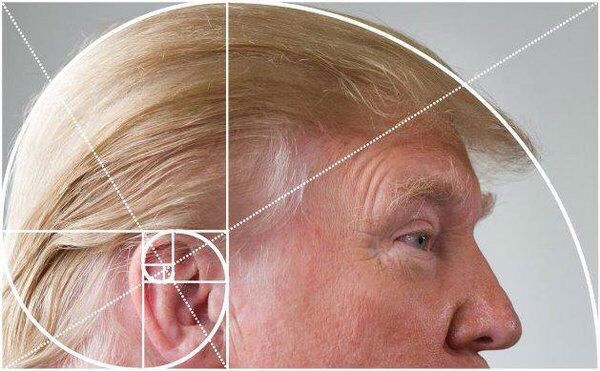