From Monk to Layman: Video Links for May and June 2021, with Commentary

Well sheesh, since the last update of video links I have transitioned from a senior Buddhist monk living in a meditation trailer at a Burmese Buddhist monastery in California to nobody in particular living in a nice, bright little apartment in South Carolina. The videos listed below feature me in various stages of transition: from full monk in the interview clips with Manu, to samanera (novice) in the first Transitional Update (recorded in a room at the Hyatt Regency hotel in New Orleans), to me with hair almost half an inch long and wearing a shirt and shorts, in various places, in and out of my new place.

As some of you already know, lately I have been scrambling to catch up on being nobody in particular. I started off after my disrobing with essentially zero tax history, zero bank history, zero credit rating, and virtually zero official identity—which causes me to think that I might have been particularly qualified for certain professions, like espionage agent or psychedelic drug dealer. But instead I am simply moving forwards in my efforts to start having a history as a responsible citizen and consumer.

Just a little narrative on one of my sorest trials, acquiring a credit rating, may be in order here. As I mentioned in a state of mild amazement and exasperation while in New Orleans (see below), I was assured that there was not a hotel in all of that great city that would accept cash. It’s all done by credit card now, apparently. So after almost spending the night on the street surrounded by most of my worldly possessions, and with more than enough cash to pay for a hotel room (if only they took cash), I was struck with a feeling of samvega (urgency) to acquire the magic Credit Card. But of course with zero credit history getting a normal card is out of the question, which fact struck me forcibly after about two weeks, when I was denied such a card. So then I was advised to get a secured credit card, in which money is deposited as security and the card can be used only for amounts no greater than the deposit. BUT, after being approved, provisionally, for such a card as this, and even after having the magical little piece of plastic sent to me, I was informed that I could not have it activated without sending them three months’ worth of bank statements, so that they could show those statements to the Internal Revenue Service. (As though tax collectors are performing a “service.”) But of course I hadn’t had a bank account, not handling money, don’t you see, until May. So I was advised to cancel my card unused, so that it wouldn’t go on my record that it was canceled by the credit card company itself. Now I have to wait until I have three months’ worth of bank statements to try again for even a weenie beginner’s card with a $300 limit. Meanwhile I have taken out a loan from the bank, based on a slightly larger amount that I deposited as collateral, and am paying back the loan to establish some semblance of a credit rating. And so it goes.

Although I have been running in circles and jumping through technical hoops aplenty lately, I still have the ultimate goal of living not so differently from how I lived as a monk…with some significant exceptions. Mainly I intend, if at all possible, to remain a philosophical and contemplative minimalist, though with a beautiful sweetheart and the ability to walk to the refrigerator and help myself whenever I feel like it. You can help in that endeavor by buying my books going up on Amazon (yeah, I know, Jeff Bezos is already too rich, but Amazon’s self publishing options really are useful, beneficial, and convenient), with links to the first two being here and here. They are good books, and written from a rare perspective, and contain valuable information on Buddhist philosophy and the nature of reality and the human condition, so any thoughtful person should find them useful and well worth the expenditure. The third volume should be out soon (Buddhist Ethics, Buddhist Practice: Writings of an Incendiary Monk), after which I will dedicate more time to studying for a driver's license.

Many people seem to entertain the idea that dropping out of the monkhood is essentially giving up and returning to a purely samsaric lifestyle, but this is not necessarily the case. I left the Bhikkhu Sangha for various reasons, not the least of which being that a monastic system designed for ancient India doesn't fit the modern west very well at all, and so I have started trying a different approach. This different approach may be more useful to most readers of this blog, considering that my outward lifestyle comes closer to that of most readers than it did before, and thus I may be able to offer more appropriate advice to the common sincere layperson. I see living as a layman again as a case of increasing the difficulty level...which of course makes playing the "game" harder, but nevertheless it can be more interesting, and possibly even more rewarding.

Anyway, you may notice that my video content is much more “diverse” lately, with not only some appearances on the Brian Ruhe Show and continued Q&A sessions, but interviews with Manu and Bhante G. Varapañño, a good monk currently in Thailand, and also some solo discourses and readings. I intend to continue with these so long as I am able, and so long as there is a call for it. ALSO, some motions have been made to collaborate on a group effort, with several of us non-Marxist and more or less traditionalist Buddhists setting up a new platform, to allow western (and westernized) Buddhists around the world to avail themselves of reliable, non-insane Buddhist teachings, mostly from the Theravada and Zen traditions. But I will update you on that particular subject after further motions have been made. 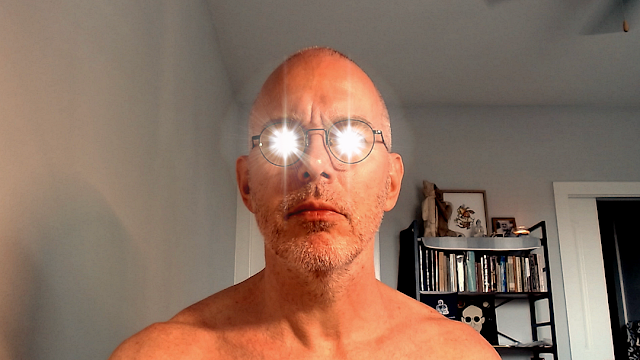 With Manu of Humble Stature (clips from a much longer interview)

Patriarchy and Women in Buddhism (17:37)

Masculinity and Buddhism in the West (9:09)

INTERVIEW with venerable Varapañño on Buddhism-Flavored “Social Justice” and What to Do about It:

In which Bhante calls me from his meditation cabin in Thailand and we discuss the phenomenon of leftists’ attempts to transform Buddhism into something other than actual Buddhism. (1:12:03)

Recorded in a hotel room in New Orleans, in which recording I describe the odyssey of disrobing down to novice and traveling across the USA with no credit card. (28:58)

This one recorded in my bedroom in my new (and very nice) little apartment in South Carolina, in which I continue to describe the adventures involved in adjusting to a radically different lifestyle and to STILL not having a credit card (which I STILL do not have, of course) (31:37)

Questions include: memories in the brain; the what and how of mindfulness; offending people; yeses and nos of secular life; bhakti (devotional) yoga; the status of Navakavada; future reincarnation into the past; UFOs; concentration vs. mindfulness; psychedelic drugs; being a samanera; publishing a book; having a beer (or a glass of wine); transition updates; elementary Dhamma instruction; and what I am called now. (1:03:59)

Questions include: learning meditation from YouTube; the Navakavada “movement”; western vs. eastern monasticism; head coverings; Free Will; science vs. metaphysical idealism; mindfulness of body and mind; the ascetic lifestyle; falling from a high incarnation; enlightened laypeople; morality of enlightened beings; magick; subtleties of karma; recollection of Buddha/Dhamma/Sangha; venerable Vimalaramsi; geographical relocation for preppers and conservative Buddhists; the origins of Mahayana; “love is acceptance”; the origin of Dharma; Buddhist use of weapons; venerable Wirathu; Buddhists in South Carolina; barbecue sauce; enlightened insects; liking bad habits; the Brian Ruhe Show; mindfulness of breathing; no-mind in Zen; publishing my books; my largest challenge after disrobing; how I met my sweetheart; and attainments for laypeople vs. attainments for monks.

A reading of the famous text attributed to Seng Ts’an, the 3rd Patriarch of Zen in China. (9:32)

A reading of the Cūlasuññata Sutta (M121) of the Pali Canon, which despite some dry language is one of the most profound Theravada Buddhist texts, describing the systematic cultivation of Emptiness, leading to liberating insight, leading to full Enlightenment. With some (explanatory and helpful, I hope) commentary. (26:28)

Discourse on Dukkha, or “Unease”

A little discourse on the nature of unhappiness and its causes, in accordance with Buddhist philosophy, recorded on my balcony. (25:57)

Discourse on the Noble Eightfold Path

A talk requested by a supporter recently, in which I review the Four Noble Truths and give special emphasis on the fourth one, magga sacca, the truth of the Path. (36:40)

Return of the Brian Ruhe Show

After a month’s hiatus I return to the show, and Brian and I compare our trials and victories. (37:17)

Two feminists of neo-Marxist academia wrote an article for the Journal of Global Buddhism, naming Brian and me (as well as many others) enemies of the Marxist Pseudo-Buddhist cause. So we discuss it.(42:22)