A Question of Honor

You will never do anything in this world without courage. It is the greatest quality of the mind next to honor.  —Aristotle

I love the name of honor, more than I fear death.  —Julius Caesar

On occasion I have written about how mainstream morality is degenerating into little more than unrefined feminine sentiment. The postmodern ethics of the left appear to amount to little more than compassion and inclusion (what used to be called “Christian charity”)…but only for their own side. Racism and bigotry, for example, are bad, it seems, UNLESS someone who “ought” to be a leftist refuses to be one, like maybe a black conservative. Black conservatives are despised and verbally abused by compassionate and inclusive lefties (speaking generally of course) than are actual Nazis and white supremacists.

There is the so-called Divine Feminine which receives some veneration from feminists and New Age types of both genders (well, however many genders there supposedly are), and I have occasionally written about a masculine counterpart to it. This Divine Masculine—which of course is just as Divine as the Divine Feminine, includes such stereotypically male virtues as fearlessness, unflinching determination, love of freedom at the expense of safety, a respect for unbiased justice, protection of the defenseless, austerity…and also a love of honor.

This term honor is somewhat elusive. This is partly because the term seems to have slipped out of postmodern English discourse, rather like “wisdom,” “chastity,” and “sin.” Lately one doesn’t encounter the term very often, unless maybe one is reading a 19th-century novel, or maybe some military literature.

But it is fairly evident that honor is primarily a masculine virtue. In older, more traditional times, well up into modernity, feminine “honor” was first and foremost a matter of chastity, like the legendary Roman Lucretia who committed suicide rather than endure the shame and dishonor of being raped by an Etruscan prince. This is, or was, not the same as feminine pride, which evidently consists of a woman’s satisfaction at her attractiveness to men—or, in other circles, pride in her feministic state of “empowerment.” Feminine chastity is pretty much obsolete in mainstream western culture, and thus so is feminine honor, if not honor in general. Clearly, if western ethics is gravitating towards being little more than crude feminine sentiment, then honor has little if any place in western society.

Countless men have willingly died for the sake of honor though; and though it is going out of style fast, there are still men willing to die for it. So again, what is honor?

We may as well start with the dictionary. According to the New Oxford American Dictionary, it is this:

1 high respect; great esteem: his portrait hangs in the place of honor.

• [in singular] a person or thing that brings credit: you are an honor to our profession.

• (His, Your, etc., Honor) a title of respect given to or used in addressing a judge or a mayor.

2 adherence to what is right or to a conventional standard of conduct: I must as a matter of honor avoid any taint of dishonesty.

• dated a woman's chastity or her reputation for being chaste: she died defending her honor.

3 something regarded as a rare opportunity and bringing pride and pleasure; a privilege: the great poet of whom it is my honor to speak tonight.

• a thing conferred as a distinction, especially an official award for bravery or achievement: the highest military honors.

• (honors) a special distinction for proficiency in an examination: she passed with honors.

• (honors) a class or course of degree studies more specialized than that of the ordinary level: [as modifier] : an honors degree in mathematics.

• Golf the right of teeing off first, having won the previous hole: Kyle had the honor at the last hole.

• (honors) possession in one's hand of at least four of the ace, king, queen, and jack of trumps, or of all four aces in no trumps, for which a bonus is scored.

The sense we are looking for comes closest to number 2, “adherence to what is right or to a conventional standard of conduct.” Evidently a sense of duty is involved. But also, though it is not specified under definition number 2, bravery or courage is a factor in genuine honor; “honorable coward” is practically an oxymoron, a contradiction in terms. A true sense of honor involves a sense of duty to do what is right at all costs, even the cost of one’s own life. The feminized left, on the other hand, prefers whatever is in fashion, especially if it is in harmony with that aforementioned unrefined feminine sentiment. Masculine honor, let alone traditional feminine honor, is almost unimaginable from this perspective. Maybe a sense of honor would come into play, to some small degree, when, say, one resists the urge to cheat at some game.

The emasculated left is not exactly pro-bravery; the more timid, afraid, and traumatized one is the more one is pampered and rewarded by so-called victim culture. We are urged (I almost said “encouraged”) to be afraid: of the coronavirus, of climate change, of Donald Trump, of Vladimir Putin, of guns, of “fascists,” etc. etc. Nevertheless human nature is such that a courageous person may be praised publicly for rescuing a child or a dog—especially if the rescuer is not a white male and does not use a gun. Honor elicits respect, even if only reluctant respect.

Honor seems to be associated primarily with the upper classes, and it may be seen as an aristocratic term. Only aristocrats fought duels for honor (either their own or that of their women), up until dueling was eventually phased out in the 19th century. It is no coincidence that a near synonym for honor in the sense in question is “nobility.” There are no noble cowards, just as there are no honorable ones.

But poor men can have honor too. Even a working man can fight if he or his family is insulted or otherwise wronged, even though feminine sentiment manifested as the law of the land has outlawed a man forcefully defending his own honor and dignity. Military people still have some honor, although the new “woke” military leadership appears to be eroding this.

To the extent that honor is “adherence to what is right or to a conventional standard of conduct,” it could be considered unethical in Buddhism if the code of conduct is arbitrary or merely a cultural artifact. Then it would qualify as sīlabbataparamāsa, or “clinging to morality and observances.” On the other hand, a conscientious monk, a good one, also has a real sense of honor with respect to being as good a monk as he can, even if it should cost him his life.

Honor appears to be a way for a common person, even a common aristocrat, to live up to some standard higher than his own subjective preferences. To that extent it is more good than bad for a large percentage, anyhow, of the population. It also helps to humanize the necessary evil of militarism, with codes of chivalry for example, obliging a warrior to protect the helpless, to fight only those who are armed against him, to show mercy to a beaten foe, to fight only for a righteous cause, to resist motives of hatred and rage, and so on.

So true honor means, as well as I can see it, commitment to an ethic that one considers to be greater and more important than oneself, even to the point of valuing it above one’s own life. Women can have it too of course, but it is primarily a masculine virtue. A typical example, a small one in our non-heroic times, might be a willingness to lose one’s job or social standing by refusing to tell a lie.

The code of honor that one values as superior to and more important than oneself may be Dharma; it may be a spirit of military chivalry; it may be the ancient traditions of one’s people or clan; or it may simply be an insistence on being a free man. However it manifests, it is anathema to the globalist Brave New World Order that requires us all, except maybe for some goon enforcers, to be defenseless, timid sheep, and with no real sense of honor. Honor, masculine honor, will not tolerate the life of a timid and enslaved sheep. And some day free men may have to fight for that honor. 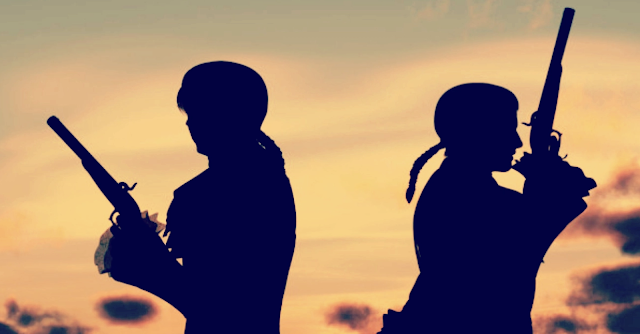