Do Only White Males Have Moral Agency? (ethical musings)

A standard procedure from Marxist and neo-Marxist playbooks, and textbooks too, is to divide the human race up into classes, assigning everyone to one or more categories based at least partly upon leftist economic and social theories, and insisting that everyone act appropriately to the categories to which they are assigned. A major result of this is that it effectively divests the individual of moral responsibility for his or her own actions. According to leftist orthodoxy, we are products of our economic and social systems—genetics and individual “free will” have relatively little, if anything, to do with it. Theorized social forces determine people’s behavior as a categorized group. This is why modern (or postmodern) leftist ideologues are so insistent that people conform to the categories to which they are assigned, with those who refuse to fit the assigned stereotype being abhorred as monsters and heretics, like conservative black people, or Hispanic Trump supporters, or feminists who do not oppose men’s rights activism, for example.

Also, of course, it is typical of Marxist or neo-Marxist ideological systems to divide up humanity into the dichotomy of Oppressor and Oppressed—the primary purpose of dividing people into categories in the first place—with the oppressors, being “privileged,” somehow having more responsibility for their own actions than the oppressed members of victim groups. Marginalized people taking responsibility for their own plight, even in part, is heresy: everyone is the same, having the same potential, supposedly, so anyone who is marginalized is necessarily a victim of the evil oppressor, which in the latest mutation of Marxism is white men. Whitey, as one of the stereotyped categories of humanity, now wears the iron jackboot crushing the necks of the innocent victims of the world. (The only way a white man can atone for the evil of his stereotyped category is to humbly apologize to the world, and then spend the rest of his days with his tail between his legs, kissing everybody else’s ass.)

Scientific empiricism does appear to support the atheistic materialists of the left, and of the right also, in their supposition that “free will” is an illusion. Setting aside neurophysiological research (because it’s complicated and would be too much of a digression), I will briefly explain how free will is impossible even in theory, from a logical point of view. It’s like this: either something, like a volitional act, has a cause, or it doesn’t have a cause. That is elementary logic: everything must be either A or not-A. If it has a cause, then it is determined by that cause and thus is not free. It is deterministic. On the other hand, if something (like a volitional act) occurs without a cause, then it happens at random—and although randomness may represent some sort of “freedom,” it’s certainly not what ethical libertarians or Christians are talking about when they refer to free will. Such freedom as randomness would be more like an epileptic seizure than any sort of conscious, deliberate behavior. Beyond that, a combination of determinism and randomness would not account for free volitional action either. Consequently, logically, free will is impossible. So, as the scientists say, who we are, and what we do, is determined by genetics and past experience, with maybe some randomness added to make things more unpredictable.

The prophet-patriarch Marx, living in the 19th century, was compelled to assume a disproportionately large share of responsibility for human behavior on such phenomena as class struggle and economic means of production, as he was born too early to know much of anything about evolutionary genetics, and certainly wasn’t a scientist, and apparently was a very head-oriented guy who was overly influenced by the rationalism of the Enlightenment and had little insight into fundamental human nature. This unfortunately (for Marxists) helped him to sabotage his own system, rendering it so unrealistic that, as history has shown, it just doesn’t work so well in empirical reality; and followers of later, postmodernized versions of his theories haven’t improved things much on that score.

Anyway, setting aside such problematic forces as free will and divine intervention, it appears that we are enslaved to natural laws and our own human limitation, with maybe some quantum random chance thrown in…but nevertheless, we are still morally responsible for our own actions. Our actions are our own, and nobody else’s; it is we ourselves who enjoy or suffer the consequences of our own moral choices. We are products of genetics and past experience, yet research shows that systematic attempts to affect a person’s honesty, aggressiveness, cleverness, etc., have little effect on the individual character, especially after childhood, with most conditioned effects of this sort wearing off by adulthood and the onset of adult instincts conditioned by sex hormones. Our actions are our own, regardless of the arguably unfair lottery in which we won our own personality traits. We are stuck being who we are, and stuck being responsible for who we are.

If a black person drops out of high school and turns to a life of crime and/or welfare parasitism, that’s his or her doing, not the doing of dead white men who enslaved his or her ancestors, or the doing of extremely old white men who made it difficult for black people to get home mortgages in the 1960s and 70s, or the doing of young to middle-aged racist police (including black ones), or the doing of anyone else. A terrorist who kills people is a murderer, regardless of his reasons for being one, or the will of Allah for that matter. (Interestingly, the Quran asserts that absolutely everything is according to the will of Allah, the benevolent, the merciful; so if a person is an unbeliever, well, it’s God’s will that he is one—but he goes to hell for it nevertheless.) A woman of legal age who consents to sex, no matter how foolish or depraved she is, is not raped, regardless of feminist theories on patriarchal oppression, “male entitlement,” “rape culture,” or whatever, and regardless of how she feels about her behavior two years afterwards. A hysterical snowflake on a university campus howling in protest against “hate speech” is a fool, regardless of her reasons for being one, even if her impressionable mind was skillfully indoctrinated and manipulated and she is kept in place by fear of ostracism and persecution.

There is always a choice, even if we are too foolish to take it, or it doesn’t even occur to us to take it. Even with a gun pointed at your head and the command “Do it,” you still have the option to refuse and take the shot. No amount of cowardice or moral spinelessness will change that fact. Your actions are not thrust upon you from outside. They come from within you. Your actions are your own.

Another way of stating the title question is: Do only white men have integrity? Or how about this one: Do only white men have a soul? Is everyone else too infantilized or robotic to bear moral responsibility for their own thoughts, words, and actions? If so, why are women and people of color even allowed to vote or to testify in a court of law? They might be better off if they were simply enslaved and deprived of the rights they lack the responsibility to uphold! Oh for the good old days! So again, going with the new left’s own ridiculous attempts at reason, white men are the only reasonable choice for the leadership of western civilization, even setting aside the fact that they created it in the first place and have maintained it ever since. In other words: Long live the Patriarchy.

Moving a little closer to actual reality, one could say it’s not just white men who bear moral agency—it’s anyone who refuses to be a victim, anyone who rejects the infantilized left’s ideology of victim culture and the Marxist and neo-Marxist idea of people being helpless meat robots determined by a socio-economic system. Thus a black man who stands up for himself and assumes responsibility for his happiness and his sorrow has moral agency, as does a woman likewise; hell, probably even a Muslim terrorist has moral agency if he’s willing to kill for his own sake, never mind Allah’s, and not blame the arch-Satan of the west for it.

It is only those who deny personal responsibility who lack it, or rather who are unworthy of it—namely, the neo-Marxists of the new feminized PC left, the politically correct herds of conditioned conformists who fear such a heavy burden as individual integrity, responsibility, and honor. In any case, they are unworthy of taking responsibility for society, as they can’t take it even for themselves. 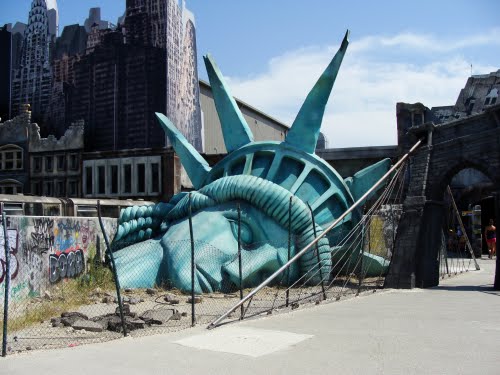