How the Feminized Left Could Outlaw the Sun (No, Seriously)


And he took up a handful of frankincense and said: "O thou Sun, send me as far over the earth as is my pleasure and thine, and may I make the acquaintance of good men, but never hear anything of bad ones, nor they of me." And with these words he threw the frankincense into the fire, and watched to see how the smoke of it curled upwards, and how it grew turbid, and in how many points it shot up; and in a manner he caught the meaning of the fire, and watched how it appeared of good omen and pure. —from the Life of Apollonius of Tyana, by Philostratus

Om. We meditate on the effulgent glory of the radiant Sun; may he enlighten our understanding! —the Gayatri mantra, from the Rig Veda

O thou who giveth sustenance to the Universe, from whom all things proceed, to whom all things return, unveil to us the face of the true spiritual Sun, hidden by a disk of golden light; that we may know the truth, and do our whole duty, as we journey to thy sacred seat. —a more elaborate rendering of the Gayatri, from Kate Bush’s pop song “Lily”

When sunbathing and guns are outlawed, only outlaws will sunbathe and own guns. —old political slogan (slightly revised)

In this post I indulge in a perverse train of thought set in motion by Chris Ray Gun, one of my favorite YouTube personalities, although he is even less prolific than I am with regard to output. In a recent video he exclaimed, in an attempt to awaken us to the peril which we face, the quote above, which I repeat here due to its dire importance: “The sun causes cancer!” Actually he was kind of joking, but still.

You may think that the title of this post implies a joke, and to some degree it does—largely because the new feminized PC left is a kind of warped practical joke being played on western civilization, which, however, isn’t funny. The political left has gone clean off the tracks. General hysterical irrationality is taking over the left and the west (which, come to think of it, is on the left if you look at a map). Just to give one example of the general feelings-driven silliness, after a million years it has finally become controversial, even a form of hate speech, to make the statement that girls don’t have a pee-pee like boys do. Even some scientists are afraid to say it, even with terminology more scientific than “pee-pee.”

The trouble is—or rather one of the troubles is—whether it’s politically correct to acknowledge the obvious or not, that in addition to being less rational and objective, women are more insecure and timid than men are, on average; and thus they are more willing, even eager, to sacrifice freedom to security. They want to feel safe more than they want anyone to be free. Freedom is dangerous and scary. Thus it is that women tend to lean more leftwards and toward a socialist political/economic system, in which everyone is supposedly protected and secure by means of an all-seeing, all-regulating government. Also I suppose I should mention that women are more compassionate on average also, and so wanting everyone to be safe is a function of that too.

Because women in general, and the feminized ideology of the new left in particular, are fearful and desirous of universal security, as well as favoring a large, controlling governmental system, they are rather inclined to outlaw, or try to outlaw, or want to try to outlaw, anything perceived as dangerous, or even potentially dangerous. This is one reason why the left is more and more vehemently against the second amendment to the US Constitution, guaranteeing US citizens the right to bear arms—guns are dangerous! And if you are opposed to revoking the second amendment, then obviously you are a bloodthirsty vampirish psychopath in favor of murdering children, or so the argument seems to go.

These same timid, compassionate, and often illiberal do-gooders have crusaded against other scary dangers also. For example, tobacco is now heavily taxed and regulated, with advertisements forbidden near schools and on television, and with packets of cigarettes required to scare off the smoker with warnings of impending misery and death. Even sugar is specially taxed in some “progressive” parts of the USA because, of course, it’s bad for you. Other obvious f’rinstances are mandatory seat belts in cars, and helmets on motocycles. I suppose next will be mandatory bicycle helmets, then pedestrian helmets. (As an aside, it was only after returning to the USA in 2011 that I saw, for the first time, children at a daycare playground wearing helmets, presumably to prevent the establishment from being sued if one of the little darlings hurt himself, or maybe because parents really are that fearful now.) In some areas even for adolescent kids to walk two blocks to a playground unaccompanied by an adult is a criminal offense. I read of one American woman, a real monster, who was reported to the police not long ago because her children were playing unsupervised in their own back yard. Apparently the word “progressive” means “spreading, getting gradually worse,” like a disease. The west is progressively sick, if only because isolation from anything potentially harmful is undermining our moral immune system.

So anyway, of course, as Chris Ray Gun wisely says, the sun is dangerous. In fact the sun has killed a hell of a lot more people than have guns, tobacco, refined sugar, and motorcycle crashes combined. It literally causes cancer, let alone other dangerous maladies like, well, sunstrokes. The sun kills children, for crying out loud! Do you want that?! You want children to die?! The main reason why black people are black is because the populations from which they are descended had more light-skinned people dying off from solar radiation poisoning and subsequent skin cancer, leaving the darker ones to survive and reproduce their genetic material. Something has to be done! (About sun-induced skin cancer that is, not black people.) 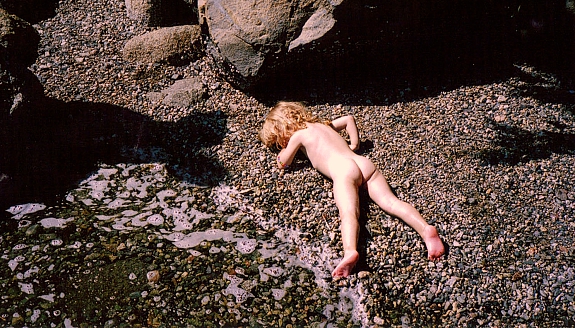 Therefore, obviously, there ought to be a ban on sunbathing, as well as a decree that anyone going outdoors must wear sunblock liberally slathered onto all exposed skin, with stiff fines for those scofflaws who flout common sense and decency. (Compassion! Empathy! Care! Oppression for your own good!) Suntans will come to be unfashionable and then offensive, rather like fur coats, smoking cigars, and farting.

Plus—and this is important—you really ought to be writing this down—there is the insidious fact that, with “progressive” socialism and mandatory socialized health care, people will increasingly have their right to do anything dangerous outlawed because other people must pay for their medical treatment. Even back in the 1980s I heard arguments to the effect that the use of seat belts in cars must be mandatory because a person who cripples himself in a car accident may become a ward of the state. Thus by doing anything unnecessarily dangerous you may become a burden to others, to your unknown comrades in the socialized welfare state; and we don’t want that, do we. Before my ordination and exile in SE Asia I had a friend who was a maverick, a real free spirit. Upon my return to the west many years later I found that he had become a conformist high school teacher on the left coast of the USA, and had settled upon the opinion that the smoking of tobacco should be illegal, for the very reason just mentioned—he didn’t want to be required to pay for someone else’s lung cancer. This could happen to you—not only the lung cancer, but the disease of progressivism. Why should anyone be required to help imprudent, politically incorrect strangers? Seriously.

Really, all kidding aside, mandatory sunblock laws may be something in our near future, something to look forward to—even without the possibility of the ozone layer poofing, or just fading, out of existence, which danger has faded into relative obscurity as the new environmental fashion trend of climate change alarmism has taken center stage, much as the ozone scare itself replaced the population bomb threat. Remember that? Overpopulation? Whatever happened to that? But I digress.

The sun is dangerous and scary. It literally causes cancer. It kills children. Laws will, or should, be passed, in accordance with progressive timidity and forfeiture of freedom for the sake of mandatory, government-enforced security. Stupider laws have already been passed. So start stockpiling your sunblock lotion while it’s still relatively cheap.

The joke doesn’t seem so far-fetched now, does it. It’s actually a kind of serious joke. Half joke, half prophecy. SMH

Here is a slightly old Chris Ray Gun video, which has practically nothing to do with the evils of sunburn. It’s one of my favorites, though. It’s on how the hysterical left has declared milk to be a symbol of white supremacism. No kidding. (And by the way, I tolerate lactose like nobody’s business.)