On the Earth's Environment and Global Warming (No Worries, Mate)


On a long enough time line, the survival rate for everyone will drop to zero. —Chuck Palahniuk, in Fight Club

With regard to the earth’s environment, I’ve got some bad news, and some more bad news. The first bad news is that the earth appears to be in the midst of a general warming trend, and even if it stops, or has already stopped, the earth’s climate is in a state of constant change anyhow, and most possible changes will be damned inconvenient for us fragile insects crawling upon its surface. We could be heading for a hothouse planet or even for the next ice age, or for a period of intense solar flares, or something. Sooner or later the earth will become uninhabitable, whether we cause it or not.

The other bad news is that, even if we humans are heating up the planet with overpopulation, deforestation, and greenhouse emissions, only the most fanatical tree huggers are actually willing to do what is necessary to stop it (assuming that anything could stop it at this point). After bashing Donald Trump for refusing to sign onto the Paris Accord climate treaty, some of those nations who did sign it are already failing to live up to their promises. (Meanwhile, the USA, not a signatory, is allegedly the one country that has decreased its carbon emissions more than any other over the past decade.) Progressive Germany, for example, where even the “conservatives” are some kind of socialists, is reportedly increasing its carbon emissions. To make matters worse, some of the obvious solutions to our environmental problems are politically incorrect, like causing sub-Saharan Africans to stop multiplying like rabbits, for example by not sending them billions of dollars/euros of humanitarian aid handouts, and letting them starve down to a manageable level. Also, becoming more environmentally responsible in our habits would require inconvenience and even some discomfort; and enduring discomfort with equanimity is stereotypically a guy thing—and guy things also are politically incorrect in a feminized world. Toxic masculinity, and all that. Totally out of fashion. So, even if we humans are messing up the earth’s environment horribly, actually doing what is necessary even to slow it down is simply off the table. Any accords governments agree to are just so much posturing and virtue signaling, and maybe Machiavellian maneuvering to set up international regulatory bureaucracies as a means of facilitating global socialism.

Furthermore, even if we did do something radical to protect the environment, it’s allegedly too late anyway. In the words of Styxhexenhammer666, “Climate change—who cares! It’s irreversible. Your own scientists are telling you that it is. What are you supposed to fucking do about it. You’re not gonna do shit.”

So let’s assume the worst, and assume that the “climatistas” (alias “warmies”) are correct, and thus that the earth is slowly grinding toward a state of global fever, in which most arable farmland would become desert, the most heavily populated coastal areas would sink beneath the sea, and most of the earth’s inhabitants would die in a massive population crash, with the remainder living as mobs of ragged scarecrows led by ruthless warlords fighting for food and water in a hyperdystopian Mad Max type scenario. Some scientists, like James Lovelock, have been prophesying this, Jeremiah-like, for years now. Even so, in addition to all the bad news there is some good news: Despite the (assumed) trend in that direction, it probably won’t actually happen anyhow.

Even if the world does become significantly warmer and tends toward desertification instead of, say, steamy rain, technology is progressing faster than is the greenhouse effect. Technology, at least some important fields within it, like computer technology, is advancing at an exponential rate in fact. So the climate is changing slowly enough that before it becomes anywhere near to lethal, we’ll in all likelihood be able to do something about it. At the very least we’ll be able to patch things up in a makeshift way by triggering volcanoes with bombs, or spraying albedo-increasing chemicals into the stratosphere, or something. 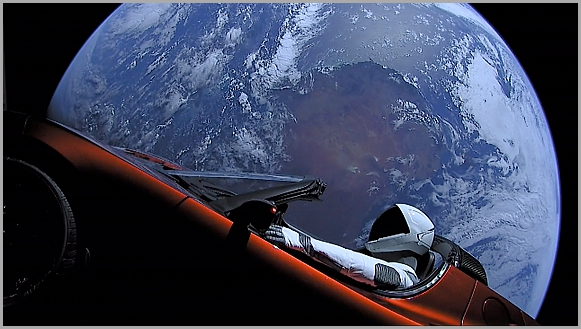 But even that may be unnecessary. Other scientists, namely computer scientists, are declaring that another event will almost certainly occur before the world is projected by the first scientists to become like the world of Soylent Green—and that event is the Technological Singularity. What that means is that computers—AI—will become smarter than we are; and especially with computers reprogramming and improving upon themselves recursively, which is already in its early stages, AI will progress/evolve at such an exponential rate that shortly after it becomes smarter than us it will be billions of times smarter than us—as far beyond us humans as we are beyond cockroaches or amoebas. It’s called a “singularity” because, like what’s on the other side of a black hole, we can’t even begin to guess what will happen, any more than an amoeba could guess what a human will do. Most computer experts, allegedly, agree that the Technological Singularity will probably occur in less than fifty years, possibly within twenty.

If this super-duper AI proves to be “friendly,” that is, if it continues to serve us human beings despite being astronomically beyond us in intelligence, then no doubt it will be able to solve all our material problems with ease. An intelligence billions of times smarter than us could no doubt come up with a way of removing excess carbon from our atmosphere—perhaps turning it into diamond mountains, or even just poofing it out of existence, in defiance of known laws of physics. No doubt it could cure all of our diseases, including old age, also.

On the other hand, if this monster intelligence is not friendly, that is, if it sees no reason why it should give us the time of day, then it might just poof us out of existence if we happen to be in its way. It wouldn’t necessarily have any more regard for us than some wanker would for the living, struggling spermatozoa he wipes off his leg with a kleenex and tosses into the garbage, or for amoebas or cockroaches.

Either way, whether the super AI solves our problems by serving us with diamond mountains or by wiping us out, we’ve got nothing to worry about from catastrophic climate change. It’s hardly likely that we’ll be eating Soylent Green wafers made from recycled corpses because the arable farmland and the oceans are all dead, or that we’ll be fighting warlords like Immortan Joe in some poisonous wasteland, because the Technological Singularity will almost certainly arrive first. So, no worries about climate change.

Nevertheless, what I’ve said in the first two installments of this miniseries is still true: with something as important as the earth’s environment, better safe than sorry. Maybe the computer scientists and the climatologists are both wrong, but still, this is the only world we’ve got, so we ought to be careful with it. But again, almost nobody’s willing to play it really safe anyway, so we’d do well to be flexible, and work on our equanimity and tolerance for discomfort.