You may have to fight when there is no hope of victory, for it is better to perish than to live as slaves. —Winston Churchill

(Well, the situation is like this: My computer is still dead, and apparently will remain dead. Even the people at the Apple store in Rangoon can’t figure out what’s wrong with it. It’s fried. Maybe I’ll be able to get a new one before leaving Burma in December, but at present I’m temporarily borrowing one. I’m waiting until I somehow own a functional laptop again before reviving this blog…but I do have a few posts that I wrote before the computer died, and some of those were actually backed up. So, just for the hell of it, I post this.)

This one is primarily intended for western European men, or those who pass for such nowadays. In case you haven’t noticed, a recurrent minor theme of this blog is to mock and taunt the sophisticated, decadent, feminized biological males of western Europe, for the purpose of shaming them into growing a pair of balls.

How about let’s conduct a little thought experiment. Let’s imagine that western European men started up organizations teaching physical fitness, self defense, survival skills, and some sort of code of honor. For example, the organizations could take the form of clubs (no pun intended) for pugil stick enthusiasts. For those of you who’ve never heard of pugil sticks, they used to be part of US Army basic training—whether they still are or not I don’t know—and are essentially quarterstaffs with padding at each end, like a giant Q-tip. Men and older boys, maybe women too in their own groups, could train in mock combat with these things, with helmets, padded clothes, and maybe hockey goalie gloves to keep their knuckles from being broken. Also they would be taught that in times of extreme emergency, like if civilization is breaking down, with a collapse of law and order, turning the quarterstaff into a spear by securely attaching a sturdy knife blade at one end will make a very effective weapon for self defense, assuming that one cannot get one’s hands on a gun. (They could train in the use of firearms also, even if all they have available is single-shot fowling pieces or some such.)

Seriously, a sturdy spear, with adequate training in its skillful use, could protect oneself and one’s family from, say, a berserk jihadi armed with a machete. Maybe even two or three berserk jihadis. And if men were trained in functioning as a coordinated unit or “phalanx,” so much the better. Even the feminized governments of Europe could not ban the elements of such a spear; and it really could be, if one were willing to use it, a very effective weapon of defense. With some ingenuity one might even be able to make a halberd, which was the weapon of choice for European infantry units before firearms were invented.

Such organizations would also teach some old-fashioned fortitude. Men could be taught organization and emergency leadership skills. Women could be taught how to defend themselves against rape. Boys could be taught some traditional masculine values, like emotional self discipline, which really would be invaluable if the shit hits the fan—and seriously, it will hit the fan sooner or later, probably within the next few years.

Well, if such organizations were formed, even with the proviso that actual bladed spears should not be made, much less used, unless law and order collapse, what do you think would happen in feminized, “progressive” Europe? You know damn well what would happen. The organizations would be denounced as “fascist” and promptly outlawed. They’d be shut down by the police. The members would be called Brownshirts and be reviled as hateful racist human filth. (And it must be admitted that the Nazi Brownshirts of the 1920s and 30s did start off ostensibly as physical fitness organizations, practically bordering on paramilitary groups. But the pugil stick fight clubs would be radically different in very important ways—like they wouldn’t be employed for shutting down rival political factions, or for giving unemployed men food and a sense of angry purpose. But of course the “progressive” mainstream would emphasize the similarities and ignore the differences.)

So the next question is, why would western European governments shut down fight clubs teaching self defense and self discipline? The answer is, of course, that self-defense is contrary to the new “European values.” European governments actually want their citizens to be weak and defenseless, that’s why! Leftist governments in general want their citizens to be weak and defenseless. A European man should be sheeplike and incapable of defending himself, his family, and his country from violent marauders or anyone else; and apparently, most western European “men” are fine with this.

Consider the 78-year-old Englishman a few months ago who confronted a burglar invading his house, apparently wrestled a sharpened screwdriver away from him, and stabbed him with it. Well, the old guy, instead of being hailed as a hero for protecting his wife and home, was arrested for suspicion of murder. Or how about the young Danish woman who pepper-sprayed a migrant who was attempting to rape her—she herself was apprehended and punished by the police because pepper spray is illegal in Denmark. If she had had proper respect for “European values” she simply would have been raped. For that matter, I read recently that the total number of fighter planes maintained by the German Air Force which are actually operational is four. It may be that Angela Merkel’s approach to national self defense, as with individual self defense, is to face aggression with compassion. It would be supremely ironic if the German Air Force is still called the Luftwaffe. Four fucking fighter planes.

The very idea that defending oneself or one’s country from aggressors is denounced and forbidden by European feminists who assume that they’re just too righteous to attack—or maybe even that they ought to be attacked because they’re white—is freakishly dystopian, but nevertheless a reality. O you pathetic, culturally castrated European eunuchs! There may be enough actual men remaining over there to perpetrate some kind of Reconquista; otherwise maybe you should all just kill yourselves and get it over with. But even if there is a Reconquista, remember that the first one (in which the Spanish Christians drove the Moorish Muslims out of Spain) took 700 years. Maybe you can drive out the feminists while you’re at it.

I’m certainly not encouraging European men, or anyone else, to commit murder; but hell, even a Buddhist monk is allowed to strike out in self defense. 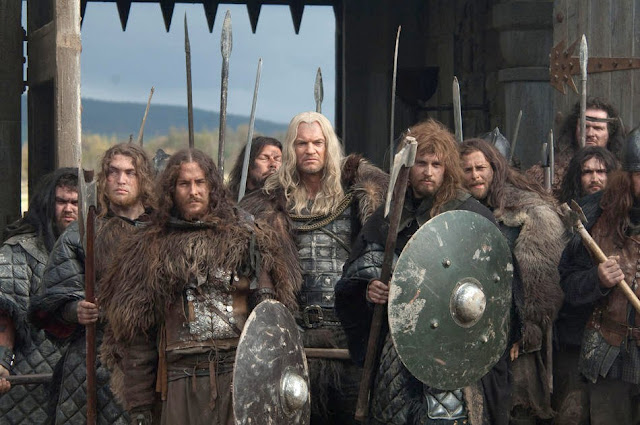 Postscript: Notice that I try to specify that my scorn is for western Europeans. In eastern Europe the situation is not quite so suicidal. For example, here is, reportedly, Vladimir Putin:

In Russia, live like Russians. Any minority, from anywhere, if it wants to live in Russia, to work and eat in Russia, it should speak Russian, and should respect the Russian laws. If they prefer Sharia Law, and live the life of Muslims, then we advise them to go to those places where that's the state law.

Russia does not need Muslim minorities. Minorities need Russia, and we will not grant them special privileges, or try to change our laws to fit their desires, no matter how loud they yell 'discrimination'. We will not tolerate disrespect of our Russian culture. We better learn from the suicides of America, England, Holland, and France, if we are to survive as a nation. The Muslims are taking over those countries and they will not take over Russia. The Russian customs and traditions are not compatible with the lack of culture, or the primitive ways of Sharia Law and Muslims. When this honorable legislative body thinks of creating new laws, it should have in mind the Russian national interest first, observing that the Muslim Minorities are not Russians.

After the speech, the politicians in the Duma gave Putin a five minute standing ovation. I hope it wasn’t simply because the first one to stop clapping would wind up in prison.
Labels: advocatus diaboli Europe