White Ethnic Pride: on the Indo-European "Aryan" Race (part 1: Who Were, and Are, the Aryans?)

There is a rather stale, sarcastic joke I’ve encountered more than once, to the effect that a black man having black pride is excellent; an Asian man having Asian pride is wonderful; a Hispanic or a native American having pride in his or her ethnic heritage is truly something to be praised; but a white person having pride in his own ethnicity is a racist white supremacist Nazi scum. I would have been skeptical a few years ago, but I have seen an accumulating amount of persuasive evidence that a significant aspect of the “progressive” leftist agenda (as though decline and fall were “progress”) is the elimination of the white or European race from the face of the earth, if only by diluting it down through “multicultural” racial interbreeding. Setting aside antisemitic conspiracy theories (which may be true for all I know, but setting them aside anyway), the most plausible reason for this lies in the traditional Marxist need for a division of society into oppressor and oppressed; and a major difference between neo-Marxism and its “paleo” predecessor is that the capitalist bourgeoisie has been replaced by white men, primarily heterosexual white men, as the villainous oppressor to be opposed. Practically all artificial evils in the world, plus a few natural ones, have been attributed to the European race, with all of the good they/we have done being conveniently ignored, downplayed, denied, or else spun into yet another evil. Even indoctrinated white leftists occasionally call for the downfall or even extinction of the white race. Many young female leftists, being slaves to fashion like most other women, seek out romantic relationships with more fashionable, trendy dark-skinned men. Equality is forgotten as “progressive” leftists demand retribution against their politically necessary, politically generated nemesis.

But my intention here is not to discuss neo-Marxism, the deliberate, calculated importation of non-Europeans into traditionally European cultures, etc. My intention here is to celebrate the European, or rather the Indo-European “Aryan” race. There really is quite a lot to be proud of (←gross understatement). Besides, with even ordinary people having an ounce of sense being denounced as far-right Nazi white supremacists lately, the stigma is disintegrating, and I would like to help that along. The situation may ultimately result in real far-right Nazi white supremacists becoming a force to be reckoned with as the term “Nazi” and its stigma is worn out from rampant overuse, and as the left looks more and more insane, depraved, hysterical, and inept—but I digress again, as my purpose isn’t to discuss that either. I’m here to discuss Indo-Europeans, also known as “Aryans.”

I suppose I should mention now, though maybe it’s premature, something about the term “Aryan.” Technically speaking, only the speakers of Indic and Iranian languages, mainly in Asia, are known to have called themselves this (in fact the name Iran is a corruption of “Aryan”), although it has come to be equated with the Indo-European race, or sub-race, as a whole. The idea that the Aryan race is Nordic in type is not entirely wrong, but is to some degree a convenient fiction of Germanic nationalists of a hundred years ago. In the discussion that follows I’ll be using the term more or less interchangeably with Indo-European or Proto-Indo-European, with Aryan in its more technical sense specified as Indo-Aryan or some such. And I will eventually discuss just how Nordic or Germanic the earliest Aryans probably were.

Personally, I am thankful that I am a blue-eyed Indo-European of largely Saxon ancestry, and this is not because of “white privilege.” We “Aryans” do appear to have been dealt a relatively good hand genetically; and the fact is that, despite the new left’s hatred for such facts, the Indo-European race has produced more works of inspired genius and delivered more blessings to the average person of the world—in the forms of art, architecture, democratic and republican forms of government, scientific development of technology, rock music (ha), and so on—than any other race. Hitler may have been wrong about Aryans being the “Master Race,” but he was not far wrong.

Indo-European languages are predominant on five of the six populated continents of this earth: Europe, North and South America, Australia, and I’m pretty sure Africa also; and probably somewhere near a billion people speak an Aryan language on the continent of Asia as well. Not all native speakers of Indo-European languages are of Aryan ancestry, however; the black Africans who speak English, French, Portuguese, or other colonial languages are obviously non-Aryan, for example (although many have some European ancestors). Approximately three billion people, or a little under 40% of the earth’s population, speak an Indo-European or Aryan language today. It is the largest, most extensive language family by far, and no doubt has come to predominate throughout most of the world due to some quasi-organic evolution and Darwinian survival of the fittest—which I will discuss in more detail before I am done. But first, in this installment of the discussion, I content myself with discussing some basic details; then in the next installment the story of the early history (or mostly prehistory) of the Indo-Europeans, their probable homeland, and their conquest of the western Old World; and finally, in the third part, an attempted explanation of why or how the Aryans could so completely dominate such a huge swath of territory, by migrations and invasions and by the spread of their various languages and customs.

One basic detail worth mentioning is that, much as not all speakers of Aryan languages are Aryan, so not all people of the caucasian race are Aryan. Not even all full-blooded Europeans are Aryan. It may be that a “full-blooded Indo-European” doesn’t even exist in this world, but only those who are Aryan more or less. The average European today has descended from three main ancestral lines: first, the so-called Cro-Magnons, who were the first race of Homo sapiens to enter Europe, assuming that Neanderthals were a distinct species, and who interbred to some slight degree with Neanderthals while still in western Asia; second, another migration from western Asia at the beginning of the neolithic Agricultural Revolution, which I suspect accounts for the Mediterranean type of caucasians spreading into southern Europe; and third, the Indo-European Aryans who most probably spread westwards (and in every other direction) from their homeland farther to the north. The only living non-Aryan language that remains in western Europe from before the Aryan migrations/invasions is Basque.

In addition to the earlier Homo sapiens who inhabited Europe, and who interbred with the Aryan immigrants, the Semitic and “Hamitic” peoples of western Asia and northern Africa are technically caucasian, but not Indo-European; and the same is true of the rather dark-skinned Dravidian people of the Indian subcontinent. So Aryan and caucasian are not the same, though all Aryans are caucasian; and similarly, Aryans and ethnic Europeans are not necessarily the same. Some people of European ancestry are not particularly Aryan, and some non-Europeans are.

It may seem that such various languages as Greek, Latin, Sanskrit, English, Armenian, Russian, Sinhalese, etc., are very different; but close examination demonstrates that they are all descended from a common ancestral language. It was very interesting to me when studying the Pali language, an ancient north Indian language related to Sanskrit, to see all the remarkable similarities with English. The word for mother is matar; for father is pitar (with p evolved into f in Germanic languages like English); for brother is bhatar; for daughter is dhitar; and so on. The cardinal numbers also are remarkably similar: two is dvi; three is tri; four is cattaro, which is rather different but quite similar to Spanish quatro; five is pañca, which again seems different, but which closely resembles Greek penta as in the English word pentagon, etc. Many common words bear such similarities, and even some which seem quite dissimilar are still related. The word for boat in Pali is nava, which is quite different from boat, but nevertheless has its relation with English words like navy and nautical. One of my favorite examples is the Pali word for goose, hamsa. It appears to be a totally different word; yet one can trace the similarities—in Old English the word was gos, a variation on the German word gans (like also English gander); which in turn bears an obvious similarity to the Latin word for goose, anser; and from there it’s an easy step to the Sanskrit and Pali word hamsa. I was also surprised to find, when studying my Pali dictionary, that a modern language which closely resembles Sanskrit and Pali is Lithuanian.

Anyway, I suppose this is good enough for a basic introduction to the concept of an Indo-European race and cultural entity, alias Aryan. In the next installment I’ll discuss the fascinating story of the Aryan homeland and their world-changing expansion in all directions, starting around five or six thousand years ago, as a result of their success as a cultural entity, and as a people. 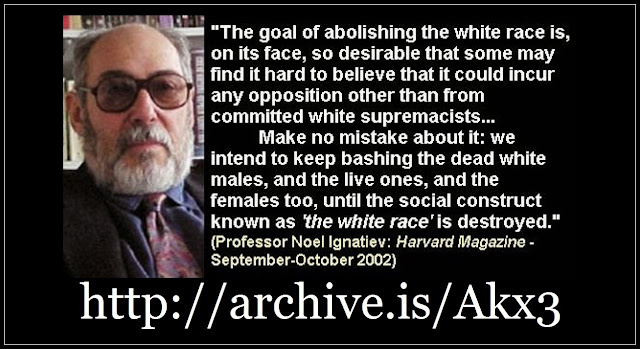