Why Do Most Western Buddhists Lean Leftwards?


Three-fourths of philosophy and literature is the talk of people trying to convince themselves that they really like the cage they were tricked into entering. —Gary Snyder

Great things are not accomplished by those who yield to trends and fads and popular opinion. —Jack Kerouac

What follows is a response to a comment I received to a post I wrote a few months ago. After he mentioned it I could see that it’s really a good question, and so obvious of one that I wonder why I’ve never tried to explain it before, or really even to understand it well enough to articulate it. This is another one of those posts in which I’m not so much providing an authoritative answer as just trying to understand, and giving my best guess on the subject. I’m also guessing, though, that my guess on the subject isn’t far from the mark. Anyway, the comment is this:

To me a fascinating piece would be along the lines of ‘why do so many Buddhists buy into political correctness and become utterly unaware or close minded about alternative, conservative or just common sense narratives’.

For the sake of simplification, plus maybe some laziness, I interpret the question to mean, Why do so many western Buddhists buy into political correctness, as well as the new leftist political paradigm that generates it? Those of you who are so inclined are at liberty to suppose that my rephrasing of the question also accepts the notion that politically correct progressives in general are opposed to common sense. Feminists endorsing traditional Islam for example, or the very idea that a borderless welfare state could possibly not be a disaster, or the science denial required to insist that both genders and all races are fundamentally identical…but I begin to digress.

First, I hasten to point out that neither Theravada Buddhism nor Buddhism in general necessarily implies progressive leftism. In fact Theravada—real Theravada, the ancient Doctrine of the Elders, not its modern western mutation—is by far the most conservative school of Buddhism still in existence, based as it is on the culture of Iron Age northern India. In Asian Buddhist countries the Buddhists are themselves the conservatives, with the radicals or “progressives” taking up secular atheism, or maybe Christianity. And of course Buddhism has occasionally assumed some rather nationalistic, even fascistic and militaristic, forms, as in the case of the Rinzai Zen of the Japanese Samurai, and to some degree the current nationalistic anti-Islam movement promoted by monks in Buddhist Burma. Conservatives in the west tend to follow the established traditional religious system of their culture or subculture, if they are religious, and sometimes even if they aren’t, simply for the sake of proper conservative conformity to the traditional values so valued by the right. Thus actual conservatives in the west are much more likely to follow some form of Christianity, or Judaism.

The Buddha himself was reportedly apolitical, encouraging, as he did, his most dedicated disciples to renounce worldly society altogether; although he did have an appreciation for democratic constitutional systems of government, more so than for dictatorial monarchy, as reflected by his establishment of the Bhikkhu Sangha in imitation of the republican system of government adopted by a tribe called the Vajjis. The Buddhist Sangha originally had no central leadership after the Buddha’s death, and was governed by mutual consensus of the monks. In some texts he gives political advice to kings, including the endorsement of subsidizing farmers to help them establish themselves in the economy, and he also reportedly asserted that poverty is the primary cause of crime—although the authenticity of these political statements might be questioned by skeptics.

Perhaps the one politician who has taken Buddhist ideals most seriously and implemented them on the largest scale is the Indian Emperor Ashoka. He is a rather sane, benevolent counterpart to the Roman Emperor Constantine who contributed so much to the spread of Christianity in the west. Ashoka was very progressive by ancient standards and did adopt some rather socialistic principles, including the establishment of free medical clinics throughout his realm, even clinics for animals; and being a born-again pacifist he liquidated most of his empire’s military forces, as well as freeing most of his slaves; yet with regard to one principle in particular he was the opposite of the stereotypical leftist: He was strongly in favor of individual self-governance and the drastic reduction of centralized government. He took very seriously the fundamental Buddhist idea of individual moral agency and responsibility, and so he wanted to abolish government-enforced law and order as much as possible and replace it with the individual citizen’s understanding of and respect for Dharma. During Ashoka’s lifetime, largely I assume out of people’s reverence for his sincerity, benevolence, and righteousness, his empire flourished; although after his death it promptly began collapsing into social chaos. The liquidation of armies especially may be very lofty in its idealism, but it is suicidal in a world of aggressive humanity, in ancient India as well as in the modern or postmodern west.

Fast forward more than two thousand years from Ashoka’s reign to 20th century America. Although Buddhism had been known to western esotericists and Asian immigrants for a century or more, Buddhism became a full-fledged cultural phenomenon in America with the Beat movement of the 1950s and 60s. Young rebellious beatniks like Jack Kerouac, Gary Snyder, and Allen Ginsburg made Buddhism and eastern philosophy “cool” to a new generation looking for something better than the stodgy squareness of their traditional Christian, World-War-fighting parents. The later Vipassana movement, through which Theravada was introduced to the western mainstream, was led by baby boomer hippies and ex-hippies, who also were inspired to become anything other than what their parents were. In fact the adoption of Buddhism was in part an act of rebellion against traditional conservatism. 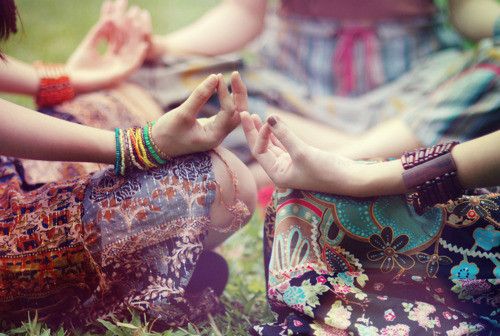 Now these same realism-rejecting boomers are the elders and teachers of the new generation of western Buddhists. They have established their own “hip” attitudes as an integral part of the new system, with much emphasis on love and “heart,” for example, emphasis on a feminine or even feminist approach to Dhamma—which is ironic considering that Theravada Buddhism in particular began as one of the most masculine, head-oriented spiritual systems on earth. Nevertheless, the founders of the new movement established a leftwards, radical momentum, and it apparently became an organic element of the established brand.

I have known some politically conservative western lay Buddhists, but not many. The most conservative western Buddhists, the radical fundamentalists, are more likely to be ordained as monks, and may spend the rest of their lives in obscurity in tropical Asia. They tend not to have much use for luxurious elite western Buddhism as found at places like Spirit Rock. As I mentioned earlier, western conservatives tend to follow long-established traditions; and consequently conservative westerners who adopt Buddhism instead of Christianity tend to accept the ancient teachings more readily, as they are, without insisting that they should be overhauled and liberalized for the sake of accommodating the political ideals (or just the conveniences) of the modern west. Consequently, I have found that conservative western Buddhists are more likely to keep the basic moral precepts and to support monks. (Although I am not suggesting that all liberal Buddhists do not take the ancient ways seriously, or that conservative ones always do. It’s just a general trend.)

One consideration, perhaps as much a cause as a symptom, resulting in a vicious circle—or a virtuous one, depending on how you look at it—is that western Buddhists are recruited mainly from the same demographic that produces the most progressive leftists also, namely college-educated suburban white people, especially female ones. Buddhism in the west has become, for various reasons, a white elitist movement.

I have found that many western Buddhists are on the fringe of society to the point of being rather eccentric and irrational anyhow, including schizophrenics and New Agers; yet even with mainstream humanity, once one “finds religion,” common sense often flies out the window. This applies to politics and just about any organized conformism as well as to organized religious systems. Once one is in some ideological “tribe,” it is relatively hard to acknowledge the flaws of the system and get back out again. Further, when one identifies with a belief system, finding meaning and self-worth in it, then any aspect of that system being disproven implies a mortal attack on an aspect of one’s own identity and self-worth; it is a kind of death; and even the most intelligent people have primordial animal instincts of self-preservation that can result in the most bizarre displays of utter irrationality for the sake of not being proved wrong.

Anyway, in conclusion, I would say that most western Buddhists are ultraliberal softheads because they have to be radicals to some degree just to adopt a fundamentally non-western system; and this is reinforced by the established western version of the system being defined and led by old hippies, who have thereby established the western Buddhist “brand” as more leftist than genuinely Buddhist. This in turn drives away plenty of non-leftists and hardheaded realists from the very get-go. As I have observed elsewhere, a teacher can sit at the front of a Dharma hall and teach everything wrong, totally bungling and botching Buddhist doctrine, and few people will know or care; but if that same teacher says something politically incorrect—sexist, racist, homophobic, whatever—then he or she may have just committed professional suicide as a Dharma teacher. The luxury meditation resorts of the western Buddhist elite are just as inclined to deplatform conservatives as are universities, maybe even more so.