Why Older People Tend Toward Conservatism


He who is not a socialist at 19, has no heart. He who is still a socialist at 30, has no brain. —Otto von Bismarck (with similar statements attributed to a whole slew of famous statesmen, including Georges Clemenceau and Winston Churchill)

People becoming more conservative as they get older, drifting farther and farther towards the political and economic right, appears to be a general law of human nature, sort of like the law that states older people drive slow, and cluelessly block aisles at the grocery store. Now that I am getting older and am also drifting farther toward the right—if not being driven violently toward the right by the Marxism and raging hysteria of the new “progressive” left—I can understand the situation better than I did when I was young and considered older people simply to be gradually tending towards senility.

I used to think that older people are more conservative mainly because they are set in their ways, with long-established habits, and resist change, possibly even pining for the “good old days.” An aversion for things changing too quickly, if at all, may also help to explain why older people drive so annoyingly slowly—with slower reflexes also being a contributing factor. No doubt all this is partly true; but it appears that there is much more to the age/conservatism correlation than that.

One plausible explanation that I have heard is that older people are more likely to be set up in life, and thus they have less sympathy for a welfare state. They’ve spent decades establishing themselves in this world, and are of course much more likely than young people to have their own home and a steady source of income. So, they tend to be of the opinion that young people should work to establish themselves likewise, so that later they also may enjoy the fruits of their own labor. Older people thus have a dimmer view of socialized “free” handouts, because they are less likely to need them—unless maybe they themselves are living on Social Security and Medicare.

One seemingly contradictory argument is an idea of Thorstein Veblen, which he puts forth in his strange classic The Theory of the Leisure Class, namely that social change tends to be unpleasant, and that wealthier (usually older) people are less constrained by economic stress to undergo that unpleasantness. So although older people are more averse to innovation, wealthier people, who tend to be older, are more insulated from it if they choose to be. At the very least this can go a long way toward explaining why so many older members of the social elite, including most mega-billionaires, can endorse socialist ideas—they are rich enough to be insulated from the consequences of their own preferred policies for the masses. Nevertheless, most change does tend to be unpleasant, and most changes are not improvements, so there is some wisdom to the old proverb, “If it ain’t broke, don’t fix it.”

Speaking of wisdom, it used to be accepted as a truism that older people are wiser than young people. Now that modernity and consumerism have brought about a Youth Culture there are more young people than ever before harboring the opinion that older people are just clueless oafs, if not downright evil. Consider the reaction of youthful progressives against older voters in Britain after the Brexit referendum: they were protesting in the streets accusing the senile old farts of stealing their future. As though a future in the new elite-managed European Empire would somehow be better.

Nevertheless, there is some kernel of truth to the idea that older people are wiser than younger ones, on average, and not totally ignoring the old adage that there’s no fool like an old fool. But even that adage implies that young people are expected to be foolish, whereas older ones have no excuse. Older people obviously have more personal experience to fall back on, even if that experience is a very checkered past of trials and calamitous errors. Older people have had much more opportunity to learn from their mistakes, and, if they are unusually perceptive, from other people’s mistakes as well. Consequently, older people base their view of the world more on empirical experience, whereas younger people rely more on youthful ideals—it is a matter of hard realism vs. some occasionally very unrealistic idealism. Older people are more likely to base their views on how things actually are, not on how things ought to be.

I consider this to be a major reason for the phenomenon in question, possibly the main reason; and I don’t recall anyone else bringing it up—although my experience is limited and I’m sure many people must have brought it up plenty. Much like the difference between conservative right and the new progressive left, it’s a case of facts vs. feelings; or, if you prefer, of experienced realism against inexperienced idealism. And realism is more likely to be effective, more likely actually to work in an empirical universe that doesn’t give a damn about us, or about youthful ideals either. Yet, as I’ve mentioned above, some change is unavoidable, and some of it really is beneficial, and some of it cannot easily be understood based on a mere realistic understanding of the past and present. So a certain amount of visionary idealism can definitely be useful in life. All in all a middle path between conservatism and “progress” is probably the wisest approach to politics—so long as the progressives are able to remain relatively sane and non-fanatical, which lately has not been the case. If one must choose one or the other, with no sane compromise available, then going with the conservatives is more likely to be the winning bet. Conservatism is based on what has already been proven to work in the past, whereas progressivism rejects much of what is known to work in favor of what some people feel ought to work better, yet is uncertain.

In a premodern world the elders were the successful ones: they had survived all the dangers of the world and were able, sometimes, to share their secrets of success with others. Hence the respect, even reverence, members of traditional cultures tend to have for their seniors. Whether older people’s choices are wiser or not, they tend to be more grounded in empirical reality. Hence, for example, the requirement of the President of the United States to be at least 35 years of age. If young people accuse older people of stealing their future, those young people are probably being juvenile—unless maybe they’ve been drafted into a war. 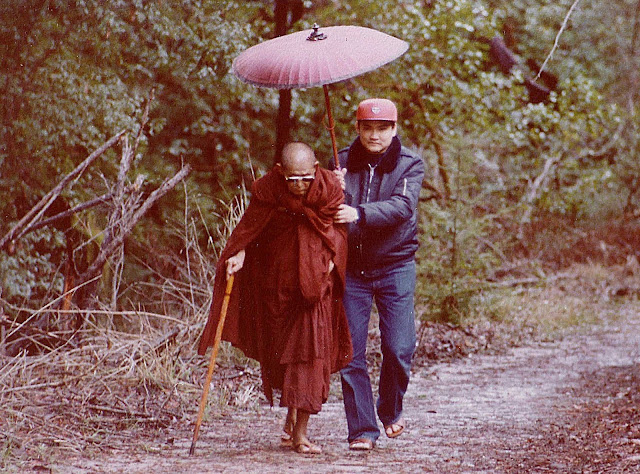