Should Blacks in America Be Thankful for the Enslavement of Their Ancestors?


It first betrayed itself by the emergence of certain tumors in the groin or the armpits, some of which grew as large as a common apple, others as an egg…merely by speech or association with the sick was the disease communicated to the healthy…any that touched the clothes of the sick…seemed to catch the disease….Many died daily or nightly in the public streets. Of many others, who died at home, the departure was hardly observed by their neighbors, until the stench of the bodies carried the news.  —Giovanni Boccaccio, from the Decameron, c. 1360

The question that is the title of this post could be viewed as utterly outrageous, and many black people in America, let alone self-loathing white progressives, could find themselves offended and triggered by anyone expressing this very idea: That’s racist! That’s white supremacism! That’s hate speech!

Nevertheless, it is undeniably true that black people in America, most of whose ancestors were slaves in the past, enjoy a much higher standard of living, and enjoy greater freedoms, rights, and opportunities, than their distant cousins still residing in Africa. There are very probably more rich, prosperous black people in the USA than there are on the entire continent of Africa. All of this is pretty obvious, but even so, even if black people (let alone white lefties) are backed against the wall by sheer brute force of undeniable facts, still many would bitterly resent the fact that their ancestors were enslaved, resent the descendants of the privileged white men who presumably did the enslaving, and declare themselves still victimized and marginalized as a consequence of their ancestors’ enslavement. Despite being possibly the best-off black people on the planet, on average, many of them still insist that they are oppressed; and to some degree a lot of them really are still oppressed, despite being better off than almost all of the black people in the ancestral homeland, Africa. The fact remains that they are better off now, at least economically and politically, because their ancestors were enslaved.

To gain a little perspective, one might compare the situation of American blacks to Jews and their survival of the Holocaust. Should Jews be grateful for the Holocaust? The very question is outrageous. Why should they be grateful for such a nightmarish attempt at their own genocide? Though it is true that one reason why Jews in the west are as prosperous and successful as they are today is because Jewish people involved in the media especially have used the Holocaust as a means of manipulating public opinion in their favor. More Slavs than Jews died horrible deaths at the hands of the Nazis, but one rarely hears of any Slavic Holocaust. The Holocaust has become a valuable political tool for the Jewish people who have survived. So it was very bad for the Jews, but not entirely bad in its after-effects. But enough of the Holocaust.

Here’s a much better example of a horrible disaster that has had many positive after-effects: the Black Death of the mid-14th century. There can be little doubt that the plague pandemic of the late Middle Ages was much, much worse than the Holocaust and American black slavery combined—by an order of magnitude. It was absolutely nightmarish to the people who were exposed to it, and almost everyone in Europe, Asia, and North Africa was exposed. Some contemporary chroniclers simply stated flat-out: “This is the end of the world.” Not only did ⅓ or more of the entire population of Europe (and China, and India, and everywhere in between) die, but they died horribly; some were driven insane by the pain of the buboes and the stark horror of their predicament and would jump shrieking from their sickbeds and run through the streets until they dropped dead. Rotting corpses lined the streets of the cities. Entire villages and districts were wiped out. It was arguably the most horrible event in human history. Approximately ⅓ of the entire human race died of bacterial infection in their lymphatic system, causing grotesque, painful swellings on their body, or else they died coughing blood, with a 98% mortality rate, if the infection occurred in their lungs. Nevertheless—as mentioned above, this horrific disaster had many very positive consequences.

First, at the time that the plague struck Europe, the continent had reached, as a result of limited agricultural technology, the carrying capacity of the land. Thus most people, especially those who weren’t aristocrats, were living in a state of borderline malnutrition if not outright starvation. (This is one reason why the mortality rate was so high: If everyone were well-fed and healthy their immune systems would have been better equipped to get them through at least the bubonic form of the disease.) But suddenly afterwards, with only ⅔ of the population, once the farmland was cultivated again pretty much everyone had enough to eat, and people were healthier, although other diseases, including aftershocks of plague, continued to sweep Europe throughout the rest of the 14th century. Also, the amount of available wealth—gold, silver, land, etc.—remained the same, and was shared by ⅓ fewer people, so that all of a sudden the remaining population became, on average, 50% richer. The working poor, such as agricultural laborers, also became more prosperous because the post-plague manpower shortage caused a significant rise in wages, due to more demand and less supply of manpower. This also gave the common worker more political and social power.

Furthermore, the impotence of the Catholic Church to intercede with God on behalf of its followers became painfully obvious. Not only was the Catholic clergy incapable of stopping the plague or protecting their flocks, many of the high-status priests, abbots, abbesses, and bishops fled their congregations and stayed in relative safety in their isolated country villas. The peasantry, although uneducated and simple-minded, were not totally blind and stupid, and they saw this disgraceful failure of their spiritual elites (somewhat like the masses nowadays are slowly awakening to the disgraceful failures of their political and social elites). This resulted in a mighty blow against the faith-oriented medieval world view, and paved the way for the more secular orientation of the Renaissance and of modernity. Modernity of course has it faults too, for example its spiritual bankruptcy, but still it has resulted in the freest, most comfortable, most just societies since the alleged anarchistic noble savagery of the stone age.

So although it would be a stretch to say that the Black Death was good, or that we should be positively grateful for it, it is true nevertheless that it had major positive effects upon the society of the west. It was unimaginably nightmarish and terrible for the people who went through it, but we are arguably better off now because it happened then.

Similar arguments could be made for the enslavement of black Africans and their importation into America. As with the bubonic plague pandemic of the 14th century, most of the descendants of those who survived the misfortune are now freer, healthier, and more prosperous as a result than they would be if the slavery hadn’t happened, in all probability, considering the living conditions of most sub-Saharan African nations today. That the black population in the USA still has problems is clear; but for the most part they are self-inflicted problems. Whitey isn’t forcing more than 70% of black women in America to have children without being married, for example, and to raise their children in fatherless homes—and it has been shown, regardless of fashionable hysteria against toxic masculinity, that children raised in fatherless homes are much more prone to aggressive, violent, and antisocial behavior. The leftist notion that blacks are the victims of Whitey, are not responsible for their own problems and failures, and should rely on the government and the Democratic Party to make things right, is encouraging the black population to be hostile and helpless at the same time, with no need for me even to cite genetic psychological differences among races (although it certainly does help in explaining the situation). So my advice to black people in America is not to blame Whitey for all your problems (although occasionally, for some of them, it may be appropriate), take responsibility for your own life, stay out of gangs, finish school, get a job, and get married before you start having children, and enjoy your western black privilege. 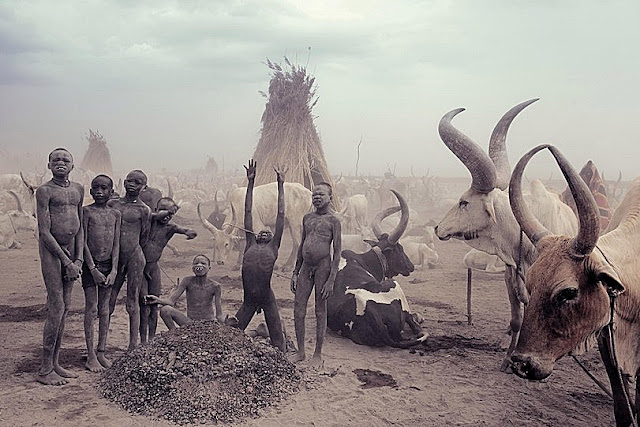