Some of you may recall that a few weeks ago I was invited to become a senior spiritual advisor to the Thule Society, also known as the Thule Contemplative Society of Hitler, an organization that endorses both Theravada Buddhism and esoteric Hitlerism. I published my response to the invitation in a previous post. I turned down the invitation to become a spiritual director within the group mainly because I’m not a National Socialist, don’t consider Adolf Hitler to be a god, and am not so inclined to see Jews as the archenemy. Also I’m just not much of a team player, and don’t join many organizations.

However, I was willing to be interviewed by Brian Ruhe, President of the Thule Society and a teacher of Buddhism in Vancouver BC, for the Brian Ruhe Show on his YouTube channel. We did our first interview via Skype on April 27, which turned out satisfactorily, and the editor of the videos, a lady named Diane, has recently produced the last installment of it, so I post all of the segments, plus the whole thing in one whock, below.

The interview turned out well, methinks, and we covered topics that many people may find of interest. I was a little humbled to see how often I throw the phrase “you know” into sentences, though. It reminds me of Camille Paglia’s constant use of “okay?” in her public talks. Some people, including me apparently, don’t think so fast and feel the need to throw in “grammatical particles” to serve as filler while they think of what meaningful word to say next. So I suppose I should work on that. Also maybe I should get a Styxhexenhammer mug and do spoon clanks. Anyway, we’ll probably do more interviews before we’re done. (In fact since writing that, we’ve done another one, which will be edited and published in due course.) 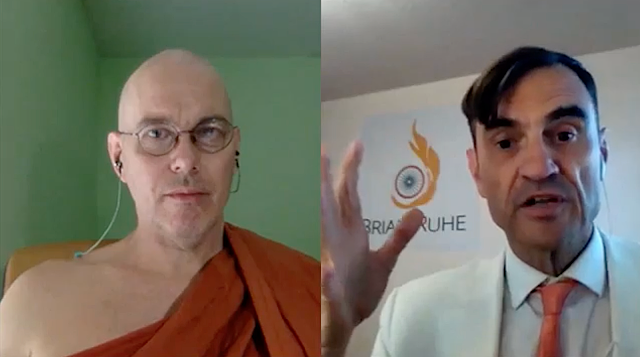