On Pseudo-Democracy and the Notorious Paradigm Shift


When an opponent declares, “I will not come over to your side,” I calmly say, “Your child belongs to us already….What are you? You will pass on. Your descendants, however, now stand in the new camp. In a short time they will know nothing else but this new community.”  —Adolf Hitler

This is one of those that should be too obvious to require writing about it, but strangely it is not. Anyway, sometimes it’s useful to point out the obvious, especially if any indoctrinated normies read this.

Most people are rather sheeplike herd animals, unquestioning followers by nature. Most human beings are bound to be obedient betas because a population chock full of dominant alphas would quickly descend into a free-for-all power struggle and social chaos. (It has been tried, especially in Germanic cultures, at least to encourage as many alphas as possible, but that’s another story.) The female of the species in particular tends to be conformist and a slave to fashion. It’s simply human nature for people to follow along with what they’re told, and whatever everyone around them is following. Manipulating/controlling such people is generally pretty easy for governments and ruling cabals nowadays, and without the sheeple even realizing that they’re being controlled.

So, what is happening is that governments, or political parties, or a globalist elite ruling class, or whoever, are doing as they please in a supposedly democratic society by manipulating the beliefs and attitudes of the people, so that they “democratically” vote in favor of whatever the Powers That Be want them to favor. This is done through indoctrination (“education”) and propaganda (“news”), which are practically universal in modern and postmodern technological civilization. And if the voting populace fail to do as they’re told, and vote against what the establishment wants, even with the election rigged to produce the desired result, then the establishment elites demand a second referendum, or some legalistic trick of government is enacted to nullify the election and allow the elites to have their way. This procedure is now fairly standard in, say, the elite-controlled empire of the European Union. This results in what is essentially pseudo-democracy.

Brexit and President Donald Trump are blatant examples of what happens when the ruling establishment doesn’t get its way. After more than three years Brexit is still in limbo, with globalist pro-EU elites fighting tooth and nail to prevent the will of the British people from being enacted, while at the same time hypocritically claiming that they’re defending “democracy.” Trump couldn’t be stopped from becoming the Republican presidential candidate, despite the efforts of the Republican Party’s neoconservative leadership, and couldn’t be stopped from winning the election and taking office, despite the efforts of the Clintons, the Obama administration, and especially the so-called intelligence community, so the globalist ruling class continues to rage in hysteria, or rather to manipulate Democrats into raging in hysteria, in attempts to discredit and ultimately disgrace and impeach him. This is essentially a coup attempt, a by now prolonged, chronic attempt to eliminate a duly elected President by any means necessary, legal, legalistic, or illegal, so long as they think they can get away with it. Almost all of the mainstream mass media have been howling against their own President almost non-stop since before he won the election. Almost anything President Trump does or doesn’t do is spun by mainstream propagandists into something criminal, corrupt, dishonest, and/or sinister.

Meanwhile, around half the population of both nations, the UK and the US, are so gullible and sheeplike that they “democratically” favor their elitist overlords, parroting the propaganda spoon-fed to them as though they were expressing their own original opinions. But people are waking up, and they’re definitely not “woke.”

Presumably the government and the elites have always manipulated public opinion to some extent. For example there is the famous story of how sensationalist yellow journalism helped whip the American people up into demanding the Spanish-American War in 1898, with similar stories of how the government, the entertainment industry, and influential elite interest groups pushed public sentiment in the USA towards entry into both World Wars. But now, mainly because of the Internet and readily available alternative sources of information, all that is changing. A few media outlets and political parties no longer control the official narrative, and people can circumvent such propaganda in favor of different propaganda or even, sometimes, the objective truth. Thus, people are being red-pilled on a vast scale, or at least are becoming increasingly skeptical of the supposed disseminators of truth. The skepticism is increasing to the point of open contempt directed at mainstream media and official narratives in general. So now the “legacy media” and the progressive-dominated tech corporations like Google and Facebook are trying desperately to regain control of the narrative, and thereby regain control of the beliefs and attitudes of the voting majority. However, they are resorting to such desperate, obvious measures, with such open contempt for the presumed-stupid masses in general, that it only becomes more disgustingly obvious what they’re trying to do. 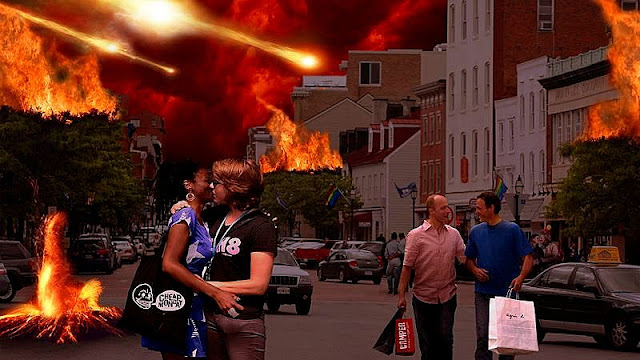 It used to be, in America, that the left was the side that said your mind should be free. It was the left that had most of the free spirits, demanding freedom of thought and expression and free inquiry into truth—with the political and cultural right being largely under the controlling hand of conservative Evangelical Christianity. But now the right has pretty much broken free of traditional Christian values and moral restraints, while the left has been highjacked by the hysterical cult of neo-Marxism, a.k.a. Social Justice, Intersectionality, emancipatory politics, etc. etc., a kind of religious cult lacking a real moral high ground, and insisting that everyone believe it, or else. Now, maybe strangely, it’s actually the right saying your mind should be free, with the left resorting to hysterical, intolerant attempts to silence or punish anyone guilty of disagreeing with them. For the first time in my life (and I’m not exactly young), the young rebels against the system are right-wingers, rebelling against their indoctrinated ultraliberal parents. A people’s rebellion is at hand, not so different in its way from peasants’ revolts hundreds of years ago.

But in addition to the new right being the new champions of freedom, including freedom of spirit and mind, to some degree the left has degenerated into such intolerance and hysteria that they’ve demonstrated what a freakish monstrosity their values ultimately lead toward, so that many common people are willingly embracing traditional values and beliefs of former ages, even returning to the conservatism of their great grandparents. As socialized globalism continues to discredit itself, and also as postmodernism continues to undermine the universal metanarrative on which modern globalism used to rest, people are realizing that they need something to believe in; that nihilism and a dogma of victimization aren’t conducive to personal fulfillment or a meaningful and happy life.

What will replace the spiritual void of liberal postmodernism is anyone’s guess; but it will be replaced, and relatively soon—unless the gullibility of indoctrinated sheeple proves to be an invincible juggernaut. But I am not a complete pessimist, and I do have faith in the human race. We’ve endured this sort of thing before, and, the gods willing, we’ll manage it again, even if it requires a fiery crucible of purification, so to speak.