One in All, All in One—if only this is realized, no more worry about your not being perfect. —Seng Ts’an

To live completely, fully, in the moment is to live with what is, the actual, without any sense of condemnation or justification—then you understand it so totally that you are finished with it. When you see clearly the problem is solved. —J. Krishnamurti

Most Buddhists have a perhaps naive idea of what the state of enlightenment is like—an enlightened being, an arahant, is assumed to be a perfected saint with a totally purified mind, with no lust, no greed, no anger, no fear, no aversion, no preferences, no desires or unwholesome mental states of any kind, practically by definition. This interpretation is promoted by orthodox Theravada: one must have pure physical morality before one can have a pure mind, and one must purify one’s mind before one can attain the highest wisdom. Thus, according to the authorities, only a person with absolutely pure  and moral actions, physical, verbal, and mental, can be enlightened.

Not being an arahant myself, as far as I can tell, this may really be the case, though I am skeptical. I suspect that it may be true in some cases; that some extremely saintly and talented geniuses of morality may actually manage to eradicate every last vestige of defilement, and every last unskillful mental state, from their mind; but that some enlightened beings, maybe even most, assuming that enlightened beings even exist, may free themselves from the wheel of Samsara without walking the path of purification all the way to the end.

Some people with a reputation for being “realized beings” may truly have eradicated all naughtiness from themselves, like Saint Francis of Assisi, Ramana Maharshi, or Gotama Buddha himself; but others with reputations for enlightenment have been rather rascally, like some of those medieval Chinese Zen masters, or Neem Karoli Baba, or either of the famous Krishnamurtis (J and UG). It appears that some very wise people, even maybe spiritual masters, still retain some rascality and/or ferocity. Just being at a higher level of consciousness does not necessitate being more saintly; a monkey is at a higher level of consciousness than a sheep, but a monkey is much naughtier than a sheep.

Even within the context of orthodox Theravada there is the idea that enlightenment can occur before one reaches the highest levels of mental refinement. A person reportedly can attain enlightenment without purifying one’s mind all the way to fourth jhāna or “the signless concentration of mind.” In fact the well-known Mahasi method, on which the western Vipassana movement is largely based (not including Goenka), maintains that one can become enlightened without attaining any advanced meditative states, or jhāna, at all. Also there is the orthodox notion that the fully enlightened being leaves behind not only evil, but good as well, becoming essentially amoral.

Considering the situation from a modern biological perspective, it is plain enough that the human sensorium is designed by nature to experience anger, lust, greed, fear, etc., with special areas of the brain and hormone-secreting glands regulating these “defilements.” Unenlightenment is our natural state, not some unnatural aberration. Our nervous system and mind have not evolved to allow us to understand or experience ultimate reality, but to keep us alive long enough to reproduce our DNA sequences, preferably in such a way that our offspring also live long enough to reproduce them; and we are stuck with this delusion-generating apparatus even after our liberating insight occurs, if it ever does occur.

Another way of looking at the situation is to consider the seeming paradox that since Nirvana can’t be said to exist or not exist (because “It” is absolute, infinite, and formless, and beyond the duality of “is” and “isn’t,” and so on), enlightened beings also can’t be said to exist, even if we set aside No Self and allow for unenlightened ones. The differentiation between existence and nonexistence is itself declared in the oldest texts to be conditioned, a case of dependent co-arising, and thereby not applicable to Nirvana, which is beyond all that.

With regard to any gradual process of purification (as opposed to some phenomenal instantaneous transformation), there is the consideration that purifying oneself is like sweeping the floor: No matter how many times you sweep it, there will always be some dust left. Another analogy would be the attainment of absolute zero under laboratory conditions: One can never reach absolute zero, but only get closer and closer to it. If absolute purity of mental states is possible, then it is a kind of paradoxical or miraculous transfiguration. 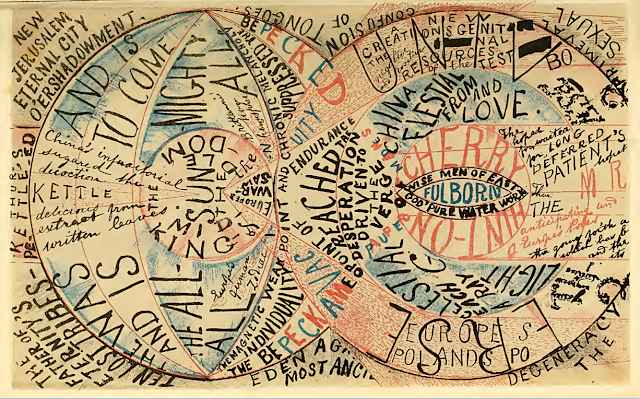 It is said that mental illnesses tend to be an exaggeration of a normal, “healthy” state, more of an exaggeration or imbalance than some delusional state arisen out of nothing. I used to know a research psychiatrist who specialized in obsessive-compulsive disorder (OCD), a psychological dysfunction in which a person suffers from obsessive thoughts, or feels compelled to perform the same actions over and over, like washing their hands or checking the stove to make sure that it is off. It turns out that OCD is genetically conditioned and runs in families, and involves a glitch in a system within the brain (if I remember correctly, involving the cingulate gyrus and the caudate nucleus) responsible for “shifting mental gears,” so to speak. A person gets stuck in a certain mental gear and can’t change it. To some degree it is also an exaggeration of a kind of animal instinct in the human animal that involves cleanliness and dislike of dirty substances on one’s body—the areas of the brain involved are also instrumental in a lab rat’s instinctive behavior to keep its nest clean. Anyway, it also turns out that this psychiatrist used an essentially Buddhist meditative technique rather than drugs to cure his patients.

His method did not somehow abolish obsessive thoughts or compulsive urges from the mind, but rather taught mindfulness techniques to his patients. They learned to detach from the thoughts and urges through mindful observation; they learned to observe an intrusive thought or urge as just that: not “me,” but just a thought or urge, a symptom of the OCD. “It’s not me, it’s the OCD.” By learning not to identify with the intrusive thoughts and urges, and observing them with detachment, they gradually freed themselves from enslavement to the disorder. The thoughts and urges would not entirely disappear, largely because they were conditioned by a genetic malfunction of the brain; but because the patient had learned not to respond in such a way as to reinforce the symptom, it became much weaker and easier to resist.

I suspect that the state of enlightenment—again, assuming that it exists at all in a worldly empirical sense—may be similar to this “cure” for OCD. Unenlightenment is like a dysfunction that we are born with, that is genetic and to some degree simply incurable; but we can learn to detach from the unenlightened thoughts and urges and stop identifying with them. We don’t learn to control our mental states completely, and we don’t completely eradicate “defilements,” but we stop being enslaved to them, through mindful observation and detachment. “It’s not me, it’s just a mental state.” Presumably an enlightened being could even act out seemingly unenlightened urges, or give vent to seemingly unenlightened emotions, but with mindful detachment, and without identifying with any of it. Thus an enlightened being may not even appear to be all that wise to an outside observer.

Enlightenment is arguably not a matter of actions, mental, verbal, or physical, but rather a matter of being fully conscious, and thus no longer motivated by the automatic pilot of karmic habit energy. A fully conscious being would be fully mindful, and thus detached from all mental states, including the assemblage of mental states known as the ego. So foolish urges may not completely disappear, either through being willfully abolished or through spontaneous evaporation; and they may even make themselves manifest via outward actions; but the foolish urges will become weaker through non-reinforcement, will become in a sense vestigial, and will no longer be the master. Also, no doubt, there would be a radical shift in consciousness after one had experienced liberating insight, which presumably would be accompanied by a radical shift in outward behavior, or at least a noticeable one. But even so, we remain human animals with all the animal brain areas responsible for animal reflexes and instincts, with the same primordial reptile brain right at the center of it all. 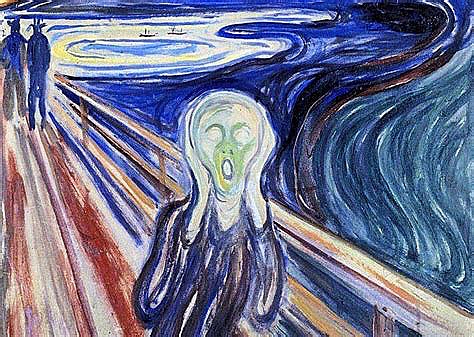