Communism Just Screwed the World Over (yet again, and worse than usual)


“Every record has been destroyed or falsified, every book rewritten, every picture has been repainted, every statue and street building has been renamed, every date has been altered. And the process is continuing day by day and minute by minute. History has stopped. Nothing exists except an endless present in which the Party is always right.”  —George Orwell, from 1984

This will be just a one-sitting kind of rant, for your edification. It’s about something that’s rather obvious, but didn’t really strike me till last night when I was doing walking meditation under the influence of medicinal cannabis.

Even though the issue is fairly obvious, I don’t recall anyone clearly stating the case, or even clearly making the bald accusation I am about to make—or rather already made in the freaking title to this post. The thing is, radical leftism, in a mutated Chinese form of Marxism, has really fucked the world hard this time, and imbecilic indoctrinated lefties in the west should pull their heads out and wake up to this sobering fact.

The Communist government of the People’s Republic of China have unleashed a pandemic upon the earth, which has crashed the global economy pretty damned thoroughly. This whole global mess is almost entirely the fault of the Chinese Communist Party. For those of you who are ignorant of recent events, and with standard operating procedures of leftist authorities, I suppose I should recap.

First off, the Chinese government was apparently studying potentially very dangerous communicable pathogens in a laboratory (or rather two of them) in the city of Wuhan. Some evidence I have seen indicates that the virus may have been a genetically engineered bioweapon in (fortunately) an early stage of development. Even if it wasn’t designed as a bioweapon, it appears that it may very well have been altered, especially with regard to those well-known spiky bumps on the outer surface of the virus, to cause a bat pneumonia to become easily communicable to humans. (I have also heard that the Obama administration, after this sort of genetic modification of viruses was banned in the USA, outsourced its WMD research to that very virology lab in Wuhan, and was helping to fund it—because idiot politicians just could not face the obvious fact that the Chinese Communist government is ruthless, brutal, amoral, and bent on world domination.

But the origin of the virus outbreak is largely irrelevant to the point. Think what you like about how it began to spread. What matters most is what happened after the virus was unleashed on the city of Wuhan. So let’s assume, for the sake of argument, that the virus began spreading through some totally innocent accident: The fact remains that stereotypical leftist political policies resulted in the crash of the global economy.

For starters, the left has this perverse compulsion to try to force reality to fit its own narrative. I’ve discussed this perversion before, and this is just another case of it. Lefties prefer their ideology to actual empirical facts, and think they can just make up the “truth” and insist upon it so vehemently that it will somehow really become true. Plus of course totalitarian governments like that of China use blatant lies as a standard political tool, much more so than the governments of democracies that are more subject to scrutiny and criticism by their own citizens. Nations like China and North Korea play this game of just lying to everyone’s face repeatedly, and brazenly sneering at any skepticism of their obvious falsehoods. So China lied about the escaped virus, silenced anyone trying to speak out about it, mocked suggestions that they were somehow culpable, and made up counter-accusations for the purpose of furthering their own propagandist narrative and their own political advantage.

Then, when their denial and draconian measures (ignoring human rights even more than the authoritarian feminist Karens of the west have managed) failed to stop the spread of the disease they’d been denying for weeks, including the persecution and arrests of doctors trying to alert the populace, the CCP apparently decided to infect the rest of the world—because, of course, if the Chinese economy crashed without the rest of the world falling with it, then China would cease to be a major world power for several years at least, whereas if the entire world crashed, then China would still relatively be okay. In fact it might be even more okay, considering that the western countries don’t have quite the option of disappearing journalists and welding people into their homes to starve or die of the disease. So the Chinese government put the area of Wuhan in quarantine from the rest of China…while still allowing the people there to fly out of the country to other parts of the world.

Thus the Chinese Communist Party is entirely culpable for all the bullshit people around the world have been putting up with for over a month now. This is generally not seen as a drawback of Marxism, however, but it clearly is symptomatic of how communist totalitarian states operate. This is worse than just fucking up their own regimes with the standard authoritarianism of the Marxist left; it’s worse than holding up one side of a global cold war; this is a global economy crashed by the typical incompetence, lies, and utter amoral ruthlessness of the leading Marxist regime on the planet. This whole pandemic scenario is just one more chunk of evidence that hard leftism sucks some major dick.

And of course, the leftist media don’t want to tell the truth about all this. They want globalized socialism for the entire world—which would mean the same kind of crap dished out by the CCP everywhere, except maybe in a slightly more feminized, emasculated form. The corporate leftist media would rather blame America and its President than hint at blame of China and its dictator. The globalist left (plus what’s left of the globalist right) seems hell bent on just brazening out every fiasco and disaster that their own policies inflict upon the human race, not caring all that much that their policies suck, and inevitably lead to this kind of scenario, not to mention the stereotypical failed economies, human rights atrocities, and genocide that are hallmarks of Marxism since it acquired power in the early 20th century.

So it seems to me, considering that 1) the Chinese government is totally responsible for tens of thousands of deaths and the crashing of the global economy (such as it was), and that 2) Chinese Communism is an Orwellian nightmare that is hell bent on spreading throughout the world, with feminized fools in the west seeing that as preferable to nationalism and actual freedom, the best thing the west could do would be to freeze all of China’s foreign assets, confiscate them, and consider them reparations for the crimes against humanity, bordering on an act of war, perpetrated by a truly despicable system run by truly despicable Marxist bosses. Send China back to being a backward third world country where it belongs.

Of course it’s hardly likely that China would even fall back to the almost medieval level of civilization it had before it took a place in the so-called “global community.” The Chinese people are intelligent and civilized, so it’s hardly likely to sink to the level of, say, Equatorial Guinea. But without the help of the USA and the Eurosphere, including countries like Australia, China would become much more backward, relatively speaking, than it is now. It depends not only on international trade, with a cheap labor force and very few environmental regulations, but also on the buying or outright stealing of information from the more creative and imaginative west. China seems incapable of keeping up with the west without coercing technical information from western corporations wishing to do business with the CCP, without spying out and stealing information not obtainable legally, and without persuading the corporate shill media of the west to spout their pro-Chinese, pro-left propaganda. If they can keep up without special privileges, without the system rigged in their favor, and with pariah state status, then so be it, but I frankly think they can’t do it.

So the moral of the story here is that the western world needs to wake up to the fact that they’ve just been screwed hard by Communist China, because Marxism is one of the biggest disasters in all of human history—much worse than all the forms of fascism combined, just going with body counts—and that this is a golden opportunity to give an Orwellian totalitarian state just what it deserves. (And I didn’t even mention the freaking concentration camps, organ harvesting, blatant thought control, and electronic surveillance state.) 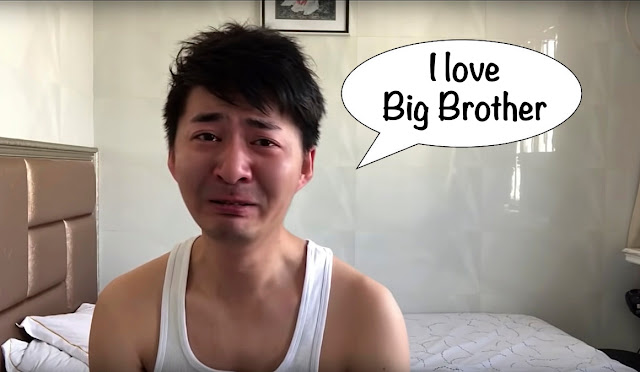 POSTSCRIPT: No doubt many who read this will opine that China isn’t totally responsible for the economic shutdowns and loss of civil rights in the west that have resulted from the pandemic. They may claim, plausibly too, that leftist and globalist elements throughout the west have seized upon this artificial crisis as a means of furthering their own agendas. But the fact remains that it was the actions and inactions of the Chinese government that launched the artificial crisis in the first place.