In Defense of an “Initiatory” Spiritual Elite


“Aristocracy,” … taken in its etymological sense, means precisely the power of the elect. The elect, by the very definition of the word, can only be the few, and their power, or rather their authority, being due to their intellectual superiority, has nothing in common with the numerical strength on which democracy is based, a strength whose inherent tendency is to sacrifice the minority to the majority, and therefore quality to quantity and the elect to the masses. —René Guénon


Have we not arrived at that terrible age, announced in the Sacred Books of India, "when the castes shall be mingled, when even the family shall no longer exist"? —René Guénon

I am continually asked questions about Buddhist ethics by laypeople concerning worldly affairs. More than once I’ve been asked, for example, about the Buddhist attitude towards interracial marriage. These good folks may not realize that when the Pali texts were composed, way back in the Iron Age of the Ganges Valley, the people considered to be the actual Buddhists were the ordained renunciants; the lay supporters were a kind of semi-Buddhists or sub-Buddhists supporting the professionals supposedly doing the heavy lifting. The word Sangha meant monks (and sometimes novices and nuns) up until Buddhism was imported into the liberal, egalitarian west; now even a worldly layperson who doesn’t keep five precepts and maybe meditates once a day (or week) considers herself to be a full member of “the Sangha.”

A big consequence of this is that, throughout most of western Buddhism, serious Dhamma (I may as well call it that instead of the more Anglicized “Dharma” to specify that I’m mainly referring to Theravada, though it applies to Zen and Tibetan Buddhism as well) has been not merely decapitated, but pretty much everything has been cut off above the knees. Most Dhamma teachers in the west have not only not renounced worldliness but are very ignorant of the basic texts, and know only a very few elementary meditation techniques. Nevertheless, they are very politically correct and speak in soft, gentle, soothing tones to avoid offending anyone, all of which they consider to be good Dhamma, perhaps even more Dharmic than most of what the Buddha himself taught. Nowadays I would not be at all surprised if more western Dhamma teachers spend more time speaking of racial diversity or gay and trans rights than of Gotama Buddha or the Pali texts.

This of course does not reflect how the Buddha set up his system. He deliberately established his “movement” in such a way as to avoid the dilemma of a spiritual system either too advanced for the majority, or else too elementary for the really talented, advanced practitioners. Buddhism was established first and foremost for relatively advanced religious/philosophical renunciants, with lay Buddhism practically an afterthought with fewer, easier rules and practices for the worldly people supporting the monks—though with supporting the monks being a central, fundamental aspect of lay Buddhism.

Thus two main levels of Buddhism were established in the Buddha’s time, presumably by the Buddha himself—one for the committed professional meditators and ascetics striving for enlightenment, and one for busy, worldly laypeople with other obligations to attend to, striving mainly for “good karma.” This produced a very convenient and effective way of having the best of both worlds, and avoiding the aforementioned dilemma. I have no doubt that there are many wise, spiritually cultivated western lay Buddhists who are more advanced than a great many monastics, just as there are certainly some civilians out there who are braver and a better shot with a rifle than many trained soldiers…but still, the trend is in the other direction, as is to be expected.

It is true that a spiritual elite class, a religious aristocracy, inevitably breeds corruption if the system goes mainstream, especially if it becomes a religious monopoly in a society, analogous to a political one-party system or an economic monopoly. This happened in a big way with Christianity as soon as it became the state religion of Rome under Constantine I; there are mentions in the chronicles of the times of ambitious politicians maneuvering themselves into the by-then largely political position of bishop without even having been baptized as Christians. (To be fair, though, one reason for this is that, in those early days, a Christian was expected to live a saintly life after being formally baptized, and many were honest enough, and afraid of hell enough, to know that they weren’t cut out to be saints, and thus postponed the higher responsibilities of being redeemed. Some, like Constantine himself, were baptized practically on their deathbed.)

This same hazard of corruption is true in traditional Asian Buddhism. The overwhelming majority of monks—maybe as many as 98%, and almost certainly at least 95%—aren’t really trying to attain full enlightenment, and aren’t trying to follow their own spiritual system strictly. But even with this unfortunate situation most of the Asian monks I have known, and I’ve known very many of them, have at least been well educated in the Buddhist texts, and know what orthodox Buddhist philosophy does and does not teach, which is more than I can say for most western Dhamma teachers. But some competition between rival (yet still peacefully coexistent) religious systems in a society can do much to avoid this danger of corruption, or at least keep it to a minimum among relatively morally frail humans.

The western liberal idea of everyone being equal has essentially mandated standardized mediocrity in religion, and has driven Nirvana out the door of western Dharma halls much as Protestantism drove out renunciation, high contemplation, and sainthood when it abolished monasticism. Now western Theravada, except in a few monasteries, has become Protestantized, with people who might not qualify as serious students somehow running the school, a case of the blind leading the blind.

Some right-wing, even fascistic writers and thinkers like Julius Evola and René Guénon have favored class stratification, or even a stratification of degrees of humanity, with a civilization featuring ecclesiastical “initiatory” traditions cultivating a spiritual elite, a class of exalted beings acting as intermediaries with the Divine. Again, this didn’t work out so well with monopolistic medieval Christianity, as became painfully obvious during the Black Death, demonstrating the corruption and spiritual impotence of most of the ecclesiastical aristocracy, and their utter inability to intercede with God and avert the plague. In fact some of the leaders of the Church simply fled the plague and their faithful congregations in fear and hid out in their villas. This very corruption made manifest did much to bring about the collapse of faith-based medievalism and the advent of secular modernity and science. But westerners in general appear to be fairly retarded spiritually, which helps to explain why we have become such masterful servants of Mammon and such devoutly extraverted functional atheists; we are unaware of invisible forces around us, so we deny their existence unless perhaps some new scientific apparatus is invented which renders the invisible visible.

Getting back to western Theravada in particular though, the closest thing to an initiatory tradition outside of monasteries may be the teaching certificates sold by elite meditation resorts like Spirit Rock in California. I don’t know Spirit Rock’s chief guru Jack Kornfield personally, although we do have a few acquaintances in common, and one of our common acquaintances once informed me that Jack himself admits that most of the people walking out of Spirit Rock with a new teaching certificate in their beaded shoulder bag are still clueless and hopeless with regard to the profound arcana of Buddhism.

One of the strengths of a traditionalist, “right wing” system is that there is indeed class stratification, and Theravada is as traditionalist as Buddhism gets. The original Buddhist renunciants technically bailed out of a secular system and renounced worldliness, but of course after Buddhism became a mainstream religious system in Asia, a popular religion, the outcaste renunciants evolved into a social elite, as they still are in places like traditionalist Burma. Buddhist monks receive respect and support, so that the relatively small minority that really are striving for enlightenment will have their chances of success optimized, and the majority of the people are uplifted by this, regardless of the corruption of so many monastics ordained into the Sangha for lesser reasons, like spiritual merit, upward social mobility, or just free room and board.

Guénon’s idea, and the ideas of spiritual hard rightists in general I assume, is that a spiritual elite, initiated into a primordial lineage and trained to a higher order of consciousness, with connections of a sort with mysterious higher powers, are able to channel these powers and influences to earth, rather like spiritual antennas or lightning rods, for the benefit of the worldly masses and indeed of the entire world. But even just raising the level of consciousness in general by raising the center of gravity, so to speak, would make the custom of having an initiatory spiritual elite well worth the loss of some equity and egalitarianism. Social equity is essentially institutionalized mediocrity; and thus from a spiritual perspective, it implies universal blindness to higher truths. Hence the atheism and materialism of the most well-known forms of socialism. It is better to have some beings with higher knowledge than none.

Religious stratification does seem to work better at giving the people an uplifted attitude and some semblance of goodness and happiness, especially in a wisdom culture like ancient northern India, in which several religious and philosophical systems existed side by side in relative peace if not total harmony, strengthening each other by their efforts, moral and philosophical, to compete with each other for the acceptance of the people.

On the other hand, America, and the west in general, is not ancient India, and is rather spiritually retarded actually, on average; and so with a spiritual (or rather religious and ecclesiastical) elite we might simply wind up with corrupt religious bureaucrats or worse. The question of how to infuse western civilization with some sort of transcendent inspiration is a tough one, and I do hope it won’t take some kind of apocalypse to accomplish it. 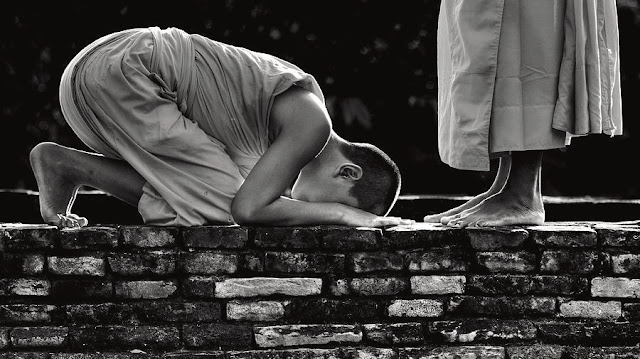