The real destroyer of the liberties of the people is he who spreads among them bounties, donations and benefits. —Plutarch


They who can give up essential liberty to obtain a little temporary safety deserve neither liberty nor safety. —Benjamin Franklin (and they’re coming for you soon, Ben)


If you want total security, go to prison. There you’re fed, clothed, given medical care and so on. The only thing lacking…is freedom. —Dwight D. Eisenhower

My father used to tell me, back when I was a kid, that freedom and security are practical opposites: to the extent you have one, you lack the other. He would say that absolute freedom would be a state like living naked in a wilderness (no rules, anarchy and chaos), and absolute security would involve being locked into a room, like a prison cell. There can be no freedom without risk, which is insecure, and risk is the opposite of security.

I have to admit that there is much truth to all this, and that the two principles, or ideals, are practically opposed. For example, lately I’ve been reading Evola’s Pagan Imperialism, in which he claims that the only absolutely free individual would be a kind of more or less deified Emperor who not only makes the laws but IS the law. Ironically the primary model for his vision was the deified Augusti of the Pagan Roman Empire; they could do anything within the limits of physical possibility in those days, with relative impunity; and I’ve read enough history to know that being a Roman Emperor was extremely risky. Not very many of them died of natural causes, and during the calamitous third century CE the average Augustus had a lifespan of only a few years before he’d be hacked or stabbed to death, often by his own bodyguards, and be replaced by the next ruthlessly ambitious sociopath.

So Evola’s own root example of complete freedom bears out the high risk involved, and demonstrates that true freedom requires courage, daring, and some semblance of a backbone—which of course fewer and fewer people in the west can manage to have. But there are examples closer to the point I intend to make, because much closer to home, and to the present time…in fact they are happening now.

Western civilization in general is abandoning most of its former respect for liberty, though it is acquiring new standards of liberty involving sexual aberrations (let alone artificial hair colors) that our ancestors would have considered utterly degenerate if not outright insane. This is largely due to the standard historical theme of great civilizations achieving their greatness through stoicism, idealism, and a willingness to die for those ideals, then becoming soft, weak, and decadent after prosperity and some degree of luxury and sophistication have been attained. Another reason for western civilization’s turn away from liberty and towards the security is the fact that, in our prosperity and sophistication, we allowed women the right to vote.

I am not a woman-hater, in fact I appreciate women more than is appropriate for a celibate monk; but I have to admit (in fact it’s a main reason why I like them) that women are different from men, and instinctively think and feel differently from men. Largely due to being smaller, weaker, slower, and more vulnerable to danger, especially when pregnant or caring for small children, females of our species are evolved to be more security-oriented than men are, on average. Men are more evolved to be fighters and hunters, and are likely to value freedom and risk-taking over security (and remember these are to a great degree mutually exclusive), and women, more designed by nature to care for children and pick berries around the cave, are more likely to value security over freedom. There no doubt is some cultural conditioning in all this, but the fact remains that things have been this way throughout the history of the human race, and it is primally rooted in human animal instinct, alias “human nature,” reinforced by sexual dimorphism—that is, the fact that males and females are markedly different physically and psychologically in our species, as a result of adapting to different lifestyles, totally regardless of political correctness hysteria.

So as I say, people have always been like this, and men and women have formed a kind of symbiotic balance, ideally a loving one, with a man taking most of the risks (aside from the very real dangers of premodern childbirth) and enjoying more of the freedom, and the woman craving security and a stable home, and thus being attracted to a man who will strongly, reliably protect her and her/their offspring. But since men were the ones going out into the world and taking most of the risks there for many tens of thousands of years, they are the ones more evolved by nature to be objective problem solvers in the realm of what is now known as politics. Studies have shown that men in general tend to be much better informed with regard to the news and with regard to politics in general, than women are, for example.

Nevertheless, western civilization in its prosperity, sophistication, and desire to be “enlightened” or “civilized” or at least “progressive,” has allowed women the right to participate in government—not only do they have the right to vote, but they have the right to run for important political offices—with many cities, states, provinces, and even some European nations being “led” by females, very often feminist, left-leaning, and security-oriented ones. Thus we see political systems moving away from scary freedom and towards a compassionate mommy state that nurtures everyone, especially the dregs of society, and is reluctant to cause any harm to anyone, even to violent criminals and avowed enemies to the State, or enemies to western civilization as a whole.

And so we have relatively weak, relatively timid, compassionate females in positions of leadership who may seem competent so long as everything is going reasonably well; but when the proverbial shit hits the fan, like when riots break out, or a crime spree perpetrated by members of “marginalized communities,” many of them do little or nothing, blurting out their support for the poor unhappy criminals and simply allowing a bad situation to become much worse, as can be seen by any number of incompetent feminist “leaders” especially recently. Politics, successful leadership, requires firm, decisive action in times of crisis and tumult, maybe even the occasional breaking of heads, which of course effete weaklings cannot dare to do, or even order others to do. This is a standard example of how compassion and a desire for the security of the downtrodden results in even less security than would prevail under a freedom-loving masculine leader (a real leader, not just a humble servant of and panderer to her voters) willing to enforce whatever laws are enacted. Even with some breaking of heads.

Now that the liberal left in particular has been thoroughly feminized, being the more traditionally compassionate and egalitarian side in politics, the left has also largely abandoned the old liberal demand for freedom of thought and expression, and instead insists upon the perceived security of a socialized, all-seeing, all-controlling authoritarian state—for everyone’s own good, naturally.

History shows that desire for freedom in a people leads to strength and prosperity, but not to much security or equality. Desire for security results in less freedom…in fact lately it has western society cruising towards the false security of slavery to a Socialist State. Or, perhaps more likely, especially in Europe, to the barbarism of traditionalist Islam, against which a weak and feminized society simply cannot defend itself.

There must be some degree of both security and freedom, they should be in some kind of balance, just as female and male should exist in balance; though with women voting and western men being culturally emasculated in a decadent culture, a trend towards less freedom and more socialism is pretty much inevitable…unless, that is, western men start toughening up again and reclaiming their birthright, their thirst for freedom, and women realize more and more that what the feminized left demands, like resentment of men, is not conducive to happiness, or much of anything else of any real value.

Since women are allowed to crave security, men must have the balls to crave freedom and the taking of outrageous risks, and must stand up fearlessly and audaciously to the shrill ranting of feminists. Putting it in New Age lingo, men in the west must cultivate the Divine Masculine.

Freedom to me is more important than security, on a mundane level; yet true security at the highest level, a spiritual level, comes from total non-attachment and willingness to accept one’s fate, even if it is harsh. Being fearless and having nothing one fears to lose is thus the highest security of all. Thus results, paradoxically, in the highest freedom and the highest security, practical opposites at the worldly level, going hand in hand, even being the exact same state. But if one tries for the maximum of both at the lower, mundane level, one ends up with neither, and probably ends in some sort of socialist authoritarian dystopia, a castrated, politically correct Brave New World, which is where we are headed if we don’t man up. 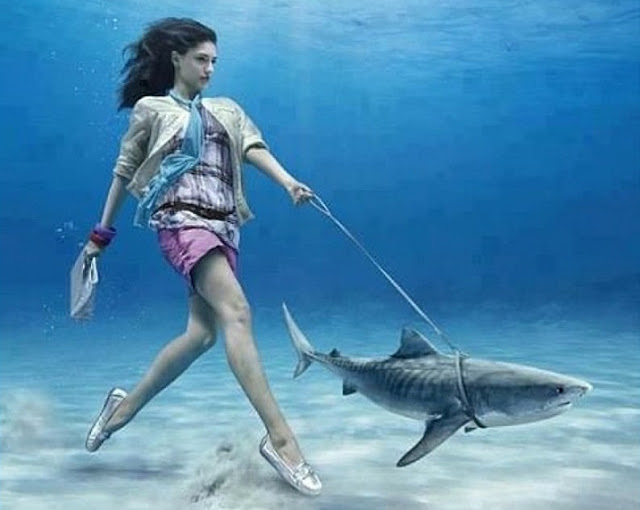 A stable social system is necessary, but every stable system hitherto devised has hampered the development of exceptional artistic or intellectual merit. How much murder and anarchy are we prepared to endure for the sake of great achievements such as those of the Renaissance? In the past, a great deal; in our own time, much less. No solution to this problem has hitherto been found…. —Bertrand Russell