The spirit indeed is willing, but the flesh is weak. —Matthew 26:41

For we know that the law is spiritual: but I am carnal, sold under sin. For that which I do I allow not: for what I would, that do I not; but what I hate, that do I. If then I do that which I would not, I consent unto the law that it is good. Now then it is no more I that do it, but sin that dwelleth in me. For I know that in me (that is, in my flesh,) dwelleth no good thing: for to will is present with me; but how to perform that which is good I find not. For the good that I would I do not: but the evil which I would not, that I do. Now if I do that I would not, it is no more I that do it, but sin that dwelleth in me. I find then a law, that, when I would do good, evil is present with me. For I delight in the law of God after the inward man: But I see another law in my members, warring against the law of my mind, and bringing me into captivity to the law of sin which is in my members. O wretched man that I am! who shall deliver me from the body of this death? —Romans 7:14-24

It never ceases to amaze and scandalize me that the “scientific” belief, endorsed throughout most of the 20th century and then returned to us in full force with the fashion trend of cultural Marxism, has been that human beings have outgrown animal instincts, and that we have none of them, or at most just a very few basic ones. This would be understandable in a pre-scientific and pre-Darwinian age, but with empirical science supposedly calling the shots with regard to our animal heritage, it is inexcusable.

In previous posts I have included long lists of our natural animal instincts, also vulgarly known as “human nature.” For example you can find such lists here and here; and of course The Expression of the Emotions in Man and Animals, by God-Emperor Charles Darwin himself, is a goldmine of information on the subject; though just for a brief onslaught of examples, just consider that ALL natural human emotions shared by human beings all over the world are essentially instinctive. We are born with them, conditioned by hormones and special areas of the brain, and they are innate. Our obliviousness to our own psychological animal nature is just another indication that we are not as objective or as empirical or as bright as we would like to think we are. In fact it may represent another animal trait of us humans—we are human, all too human.

Now physically, our animal nature should be fairly obvious, even to most religious people in the modern west. It is true we may be the only bipedal mammal, and one of the relatively few furless ones, but a mammal we remain, with hair, warm blood, and females who do not lay eggs and who feed their young with milk from their breasts. We are the only animal species to develop flexible, abstract verbal language and the use of fire, but we are still very much a primate, more closely related evolutionarily to chimpanzees than chimps are to gorillas. All of the major bones in our skeleton have analogs not only in chimpanzees but also in frogs. I consider it very likely that, assuming the fossil record is not purely illusory, I personally have ancestors that were insectivorous shrewlike small mammals, mammal-like reptiles, amphibians, fishes, and marine worms, just to name a few. The idea that we humans are mammals should not be too controversial, as the evidence is stark; the trouble lies in the idea that we are still animals mentally.

I used to think, and still think sometimes, that being human is like being an angel strapped onto the back of a dog, with myself and others being not just the angel but the dog as well. We still clearly have an animal nature, what the Catholics used to call (and maybe some still do) the flesh, one of the unholy trinity of the flesh, the world, and the devil. It is true that Buddhism, like other ancient religions, does not consider us to be animals, but rather a stage of existence between animals and gods (instead of an angel strapped to a dog, some sort of middle ground type of creature), which is also true in its own way; we are a kind of “missing link” or intermediate stage, or at least we have the potential to be that. Then again, the ancient Indians who developed Buddhism had no concept of Darwinian evolution and saw us as absolutely unrelated biologically even to monkeys, because we supposedly descended from heaven shortly after this world was manifested through the metaphysical power of ignorance and karma. About as close as the ancient Indian mind came to seeing us as descended from lower animals is the idea, found especially in Hinduism and Jainism, that there is a kind of karmic evolution, with conscious beings beginning as very primitive, possibly even something like crystals, and then reincarnating their/our way up the scale towards the highest heavens until they/we eventually reach the highest stage of full enlightenment and union with Brahman (or whatever the Jains call their highest state).

Nevertheless, the evidence is fairly solid that we are in fact an evolutionary upgraded species of ape, with our DNA somewhere in the neighborhood of 99% identical to that of a chimpanzee—and around 60% identical even to a fruit fly. Hell, even Carl Linnaeus, the founder of modern taxonomy, knew back in the 18th century that humans and chimpanzees should belong in the same genus: for example if humans are Homo sapiens then chimps also should be a species of Homo…but he also knew that the animalistic human emotions of devout Christians would result in his being excommunicated, reviled, and socially destroyed if he maintained the point, and his own animalistic motives prevented him from committing social suicide. Thus although we are more closely related to chimps than chimps are to gorillas, we are placed not only in different genera but in different taxonomic families (chimps and gorillas together in the family Pongidae, and us humans in Hominidae). It is foolish and unscientific, but it stands because we humans very much do not want to believe that we are in fact animals, which is an irrational and rather primitive sentiment to entertain, considering the evidence.

Even with the development of modern science and technology our reason and logic are pretty damned weak, even in professional logicians. A logician is still guided by emotions, still prefers sweet food to bitter, still wants to mate with his wife, or at least with some woman, preferably of breeding age. In fact everything we do is basically irrational in its conception, for the simple reason that reason has no motive force. As philosophers like Hume and Kant have observed, no amount of logic or rationality has the ability to move us to activity. Action simply is not logical, and there is no logically necessary reason to do anything, including preserving our own life or getting out of bed in the morning. (Chess may be a very logical game, but the desire to play it in the first place, or to continue playing it from one move to the next, is logically unnecessary and arbitrary.) It is passions that move us, and they also move our reasonings. As Hume famously said, “Reason is, and ought only to be the slave of the passions, and can never pretend to any other office than to serve and obey them.”

Being an upgraded animal isn’t necessarily a bad thing, mind you, other than the unpleasantness necessarily involved in earthly existence. There is nothing necessarily wrong with a goat being a goat, or an owl being an owl, or a human being a human. We can even sublimate and refine our instincts, for example by transmuting animal mating instincts into genuine love. So there is no problem there, not necessarily anyhow, and if we do see a problem then there’s probably some kind of irrational animal instinct (like aversion for unpleasantness) backing that up.

So what it all boils down to is this. We did not lose our animal nature after becoming human, we just added to it. We still have all of the old animal glands and hormones and brain centers, which still certainly condition our thoughts, feelings, and behavior, but we have certain areas of the cortex of the brain added to that, greatly increasing our capacity for reason, abstract thought, etc. So we are still an animal, even mentally, but we are a relatively rational one, at least sometimes. We have much better reasoning capacity than, say, a dog or a gorilla, let alone a worm or a clam, but that reason overlays all the trappings of the psyche of a mammal. Fortunately for us, our instincts are flexible, and can be modified, and we can even cultivate a high enough level of consciousness that we can be mindful of and to some degree override them. Our animal instincts can thus be tamed somewhat by society, by philosophy, by religion, and sometimes even by our own efforts. 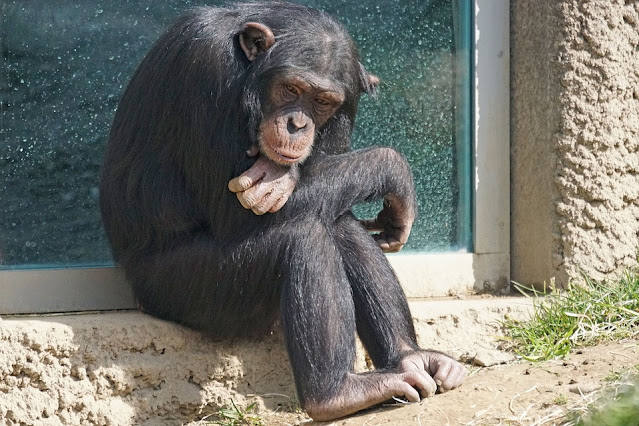