The Evolution of Enlightenment into Something That Doesn’t Exist

Indeed, some intelligent ones here do declare / That the highest purity of the spirit is to this extent; [as described in v.13 above] / But then some of them, claiming to be adepts, / Declare an attainment in which nothing that was taken up remains. (—same, verse 15)

This little essay is a spinoff of one I did recently, on the weird spiritual dilemma I have been considering, or rather brooding over. Also it has been influenced by the same kind of thinking I wrote down in an older post on the older Nippapañca Blog, on how Nibbana/Nirvana is completely Off The Scale of samsara and indeterminate, and so enlightened beings who have attained Nibbana/Nirvana would also be problematic. There are also some echoes of another little series of posts on alleged enlightened beings that I was stewing over several years ago. Anyway, I’m still stewing, sort of—largely because there simply is no way of wrapping one’s head around it. We’re dealing with unthinkable voidness and paradox again.

A good example of what I’m referring to here is the first comment I received on that recent spiritual dilemma post, left by a person called Based Bodhisattva: “There is no Samsara to renounce and no Nirvana to attain beyond. The Path and the Result are non-differentiable.” This is standard (though still rather esoteric) Mahayana Buddhism, and damnable heresy to orthodox Theravada Buddhists. The problem is that it appears to be true, regardless of the blatant heretical paradoxical nonsensicalness of it.

In the earliest Buddhist texts, so early as to be essentially pre-Theravadin, for example the Atthakavagga of the Sutta Nipāta, there is mention of the Goal, and of Blowing Out, and of Adepts who have Blown Out, with an attitude of don’t think about it, Just Do It. These texts instruct serious aspirants to refrain from any kind of conceptual interpretation of any state they happen to be in. Yet when dealing with metaphysical Voidness, not to mention No Self—no anything, really—one must use ordinary worldly speech to get some kind of point across, even just simple instructions. This could be a case of the Buddha, or whoever composed the suttas, employing this kind of necessarily samsaric, illusion-laden language as “skillful means.” But the language of some very early texts is deliberately enigmatic, sometimes using words with multiple meanings; this is seemingly for the purpose of not causing anyone to think that they really grasp what is being said, because the Goal cannot be pinned down and understood intellectually, and setting aside the intellect is a major step to take towards that Goal. So the Path really can’t be understood intellectually either…assuming of course that the Goal can even be approached by a spiritual person.

Later (but still relatively early) texts treat enlightenment as though it were a worldly state, and a verifiable state. A person certainly is or is not an arahant, a “fully enlightened being.” Monks in the later (but still relatively early) suttas would come to the Buddha and utter their lion’s roar, declaring to the Teacher their accomplishment of the Goal, their full enlightenment, and the Buddha would endorse their claim, assuming that they really were enlightened. Enlightenment came to be pigeon-holed and classified as early Buddhist philosophers set about codifying and systematizing everything, including the Absolute—a passion for which was certainly in vogue among ancient Indian philosophers of almost every spiritual lineage, and which ultimately led to Buddhist Abhidhamma (with analogues in Hinduism and other philosophical/spiritual systems) and an immense commentarial literature. This analytical classification of everything, including enlightenment itself, has been essentially the official position of orthodox Theravada (also called Vibhajjavada, “the Doctrine of Analysis”) for over two thousand years.

But ultimately with no individual self there is nobody to attain enlightenment, and Nibbana or Nirvana Itself is completely off the worldly scale. On the scheme of the 31 planes of existence in our cosmos Nibbana is nowhere to be seen. It is simply indeterminate. So enlightenment, as well as an enlightened being, is presumably not an aspect of phenomenal existence—not is, not isn’t, not is and isn’t, not neither is nor isn’t. In the suttas the Buddha refuses to answer whether an enlightened being exists after death, and in at least one sutta he says that one can’t even say whether he exists before death. (And for those of you who wish I was less lazy and looked up all my references for you, I apologize, but if you look it up yourself I trust you will find it.)

Bearing in mind the paradoxical unthinkable nature of enlightenment, after a few hundred years more logically sophisticated Buddhist philosophers began accepting as a matter of course the idea that nobody actually becomes enlightened, even at a conventional level, partly because of no self but also because Nirvana is simply not a measurable, objectively verifiable phenomenal state. (The logicians of the medieval Dignaga School, the “Yogacara logicians,” even used enlightenment as the standard problematic case, one that could simply not be proven.) These more sophisticated philosophers were of the Mahayana persuasion mostly, since Theravada and the other older schools had already been settled with regards to the basics of dogmatic orthodoxy by the time formal logic was established in India. It is ironic that only after sophisticated logic became well established in Indian philosophy did the really paradoxical mind-bending stuff come to the fore, dancing around the unthinkable Void more elegantly than the “believe nothing, hold no view” teachings of the oldest, most primitive texts. The fact is that any formless Absolute necessarily degenerates philosophically into unthinkable paradox, and into such ideas as nothing that changes is real.

Then there is my own theory of absolutely everything, the Simile of the Block of Marble that I have written about a few times before, which indicates that nothing really changes at the moment of enlightenment…although that particular simile is not orthodox Dhamma and should not cause any headaches to good Theravadins (unless maybe a certain heretical monk who writes about it is the cause of the headache).

But the fact remains that enlightenment is a seemingly impossible paradox, even though the wisest sages evidently attain it and encourage others to do so as well. This logically impossible paradox, finiteness containing undifferentiated infinity as one of its many different elements, which, though seemingly impossible even in theory appears somehow to be true anyway, is possibly brought about in part by the paradoxical effects of self-reference. Just as the paradoxical statement “This statement is false” can be neither true nor false, and thus should be impossible, because it refers to itself, so enlightenment, being brought about by consciousness being fully aware of itself, may produce unthinkable paradoxes also. As I’ve mentioned before, not only enlightenment but our seeming possession of Free Will might be the result of such a self-conscious, self-referring, mind-bending paradox.

So what happens when someone becomes “enlightened”? One may say that they have freed themselves from greed, hate, delusion, and suffering, that they no longer create karma and have escaped the cycle of birth, death, and rebirth, or that such a person has somehow become fully aware of ultimate reality or the Absolute. Also one may see that such a person’s attitude changes, and they become more serene and content with life…but close examination by a worldly person may still come up with apparent biases, personality quirks, seemingly unethical behavior, and assorted “defilements.” At a more metaphysical level, when considering an “enlightened being,” there is really no individual being there, no Nirvana within a worldly context, and thus no “enlightened being” at all, so what is it that’s enlightened? Furthermore, why strive for such a basically nonsensical state? Within the context of Samsara, the Matrix, or Plato’s cave enlightenment may simply be meaningless nonsense, but that’s where we as human beings are. Within a samsaric context enlightenment may be nonexistent—reducing greed, hate, and delusion, sure, but absolutely eradicating them? Detaching from them, maybe. I have long had the idea that the Devil, if he were real, would be a hardcore atheist, being so samsaric that he would have no conception of God, or else would simply consider God to be just another phenomenal being; and the Buddhist Mara, being very worldly also, again assuming that he’s real, may simply hate what he can’t understand.

EVEN SO, Nirvana and the attainment of it still feels like the obvious summum bonum for sensitive, spiritually inclined human beings. We’re just faced with the outrageous paradox: At the moment of enlightenment nothing really changes. But still, somehow, it’s worth it. In fact it’s worth more than anything else in the universe, by far. 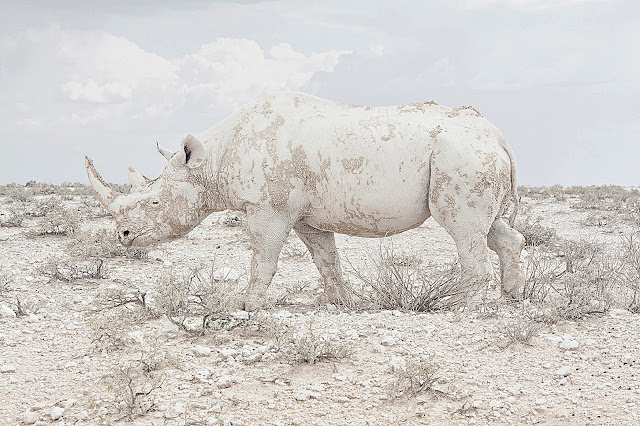 Form is emptiness; the very emptiness is form. (—Heart Sutra)

…there are no two such things as existence and non-existence. (—The Tibetan Book of the Great Liberation)