Consciousness unmanifest, infinite, shining all around;

Here water and earth, fire and wind gain no foothold;

Here long and short, small and large, pleasant and unpleasant;

Here name and form, without remainder, are completely stopped.

By the cessation of consciousness, this is completely stopped here.

—from the Kevaṭṭa Sutta (D11), and also the Brahmanimantanika Sutta (M49)

Well, I continue to be confronted by western Buddhists who firmly believe that they have an intrinsically real soul, and thus a kind of self also. Frankly it rather astonishes me that a serious and intelligent Buddhist can believe that any sort of orthodox Buddhism—Theravada, any of the other pre-Mahayana ancient schools, Mahayana, or “primitive” original Buddhism as taught by the Buddha himself—could endorse the idea that individual beings have some sort of ultimately real self or soul, considering that anattā is a central teaching of all of the major philosophical schools of Buddhism in existence today, and also considering that there is no evidence whatsoever, that I have seen, that the historical Buddha taught the existence of an intrinsically real self or soul. The only more or less serious arguments that I have seen articulated are 1) efforts of people like Ken Wheeler to twist Pali grammar by interpreting conventional statements in the texts like “you must save yourself” (because nobody else will do it for you) into metaphysical assertions of “the Self is your savior,” and 2) the much more common approach taken by some western Buddhist scholars, namely to hypothesize that ALL teaching of No Self in the texts are later interpolations, essentially forgeries, added by corrupt and perverse ancient monks.

It is true that none of the people I’ve interacted with lately who insist that they have a soul are Theravada Buddhists. Ken Wheeler denies being a Buddhist at all, despite claiming to be an absolute authority on the subject of early Buddhism, and the rest follow some sort of Mahayana or Zen. But based on my reading of cardinal Mahayana Buddhist texts, the Mahayanists, including the Zen folks, are in some ways much more radical and thorough in their teaching of No Self than even the Theravadins.

Orthodox Theravada teaches that no intrinsically real being or entity exists, other than elemental dhammas falling under the categories of matter, mental states, mind or consciousness, and Nibbana/Nirvana. These dhammas are considered, in orthodox Theravada, to be ultimately real entities, though their combinations are not. Foundational Mahayana texts such as the Prajñāpāramitā Sutras and Nāgārjuna’s Mūlamadhyamakakārikā emphasize the lack of svabhāva, essence or “own existence,” even in these dhammas. From a straightforward Mahayanist perspective, nothing has any svabhāva or essence, except maybe for a kind of formless universal consciousness, which may as well be identified with Nirvana as a metaphysical state.

(I may as well add here that Nagarjuna, whose work gives rigorous logical support to the “everything is Void” teaching of the Prajnaparamita sutras, is considered by the Zen school to be the Indian 14th Patriarch of Zen. I met a Korean Mahayana monk once who declared that, among many Mahayana Buddhists, Nagarjuna is practically revered as a second Buddha. I was told recently of a person who used the Mulamadhyamakakarika as evidence for the existence of a soul; but this strikes me as an obvious misreading of the text, considering that it logically and systematically wrecks ALL philosophical arguments, yes, no, both, and neither, and after it destroys the validity of all metaphysical philosophy it turns the dialectical knife upon itself and leaves nothing behind but Emptiness.)

It is true, though, that even the Pali texts of the Theravada Buddhist canon contain some support for the notion that the Absolute is infinite consciousness. The best example I can think of is the strange verse serving as the introductory quote for this essay, found in two Pali suttas. All of it, except for the last line, suggests that Nibbana/Nirvana itself can be identified as formless, infinite consciousness. This view is very probably pre-Theravadin, and as Buddhist philosophy developed it fell from favor and was considered to be heresy…hence the last line which evidently contradicts what comes before it, and which in all likelihood is a later interpolation added to patch up a view no longer accepted as true Dhamma but which was too well established in the canon to be edited out. This does not mean that the view that Nibbana is infinite formless consciousness is authentic Dhamma as taught by the Buddha; it could just be an early development in Buddhist philosophy, during its first century of virus-like mutation, which did not catch traction and was dismissed in favor of some other formulation. But still it is there in the texts.

But granted that some very ancient Buddhist texts suggest that the Ultimate, the Absolute, is infinite formless consciousness, very much akin to the Upanishadic description of the Absolute, Brahman, as infinite formless consciousness, NOWHERE is it suggested that Nirvana is the self or soul. So in the Upanishads the Atman is the same as Brahman, but in early Buddhism the Absolute is NOT claimed to be any sort of self. All definitions of soul or self are shot down in the very first sutta of the Pali Tipitaka, the Brahmajala Sutta, which I assume is present in some form in the huge Mahayana Tripitaka as well.

Even so, let’s play Mara’s advocate here and grant that Nibbana/Nirvana really is infinite, formless consciousness, and furthermore let’s assume that this formless consciousness could be equated with the Upanishadic atman. Well, that is as far as any intelligent interpretation of What the Buddha Taught could possibly go with regard to a real soul or self. If we have a soul, then all beings in the Universe share the very same one. It is nothing more than the Ultimate Reality that underlies all phenomenal existence, reified as though it positively exists—which however is positively discouraged in what are arguably the oldest Buddhist texts in existence. Furthermore, one might as well take the other obvious step towards Vedanta and declare Nirvana to be God—which step, however, nobody I know of has taken, unless some Mahayanists do so obliquely by considering some omnipresent cosmic Buddha, or the Dharmakāya, to be God. And of course this too is blatantly discrepant with what the earliest and most authentic texts assert, or even suggest.

Any assertion that Buddhism teaches the existence of an intrinsically, ultimately real INDIVIDUAL soul or self, so that different beings have different souls, not only does not have a leg to stand on textually, but is in open contradiction to the fundamental teachings of both pre-Mahayana and Mahayana philosophy…unless maybe there are texts in some divergent school like Pure Land which endorse it, though I consider Pure Land Buddhism to have very little to do with what the historical Buddha actually taught.

Which brings me to the issue of What Buddhism Is. If someone wants to follow some radically deviant school of Buddhist philosophy, or the teachings of some idiosyncratic teacher who strictly speaking would qualify as a heretic with Wrong View, well, that is that someone’s choice to make; but again, to claim that such a “heretical” doctrine as a real individual soul is genuine Buddhism corrupts Buddhism into anything that a person wants it to be, and we find ourselves in essentially the same situation as postmodern leftist “Buddhists” in the west who reject 25-century-old established traditions for Buddhism-flavored postmodern leftism. (The increasing rejection of the Second Noble Truth to allow for white patriarchal oppression as a genuine cause of dukkha is a case in point.) One person told me that wanting to follow the most ancient texts in an effort to follow what the historical founder taught is an “Abrahamic hangup” peculiar to westerners; but seriously, it does make perfect sense for a Buddhist, or the follower of any other religion based on an enlightened founder’s teaching, to want to follow what the founder actually taught, and not some later apocryphal spinoff doctrine that the founder himself did not endorse, or maybe even warned against.

Anyway, again, I really am astonished that intelligent western Buddhists (and they seem to be overwhelmingly westerners) can believe that the Buddha taught the intrinsically real existence of a human soul, or alternatively don’t care that he didn’t teach it at all, but warned against such an idea, yet they choose to be Buddhists (instead of, say, Vedantists) regardless. The most ancient collection of Buddhist texts abound with assertions of No Self, and clearly assert a Self not once. Zero times. Simply finding a loophole, some conceivable way that the Buddha tacitly allowed for a soul by not exactly declaring EVERYTHING to be Not Self, is extremely lame and not nearly good enough to make a case. On the other hand if anyone can show me some ancient text—the closer to the Buddha’s time the better—in which Gotama the Sakyan professes the existence of a human soul, then I earnestly invite them to show me…nay, I DOUBLE DOG DARE THEM to show me. And no torturing of Pali grammar and context à la Ken Wheeler, if you please. And the invite is still open for a debate (or friendly discussion/disagreement) as well. 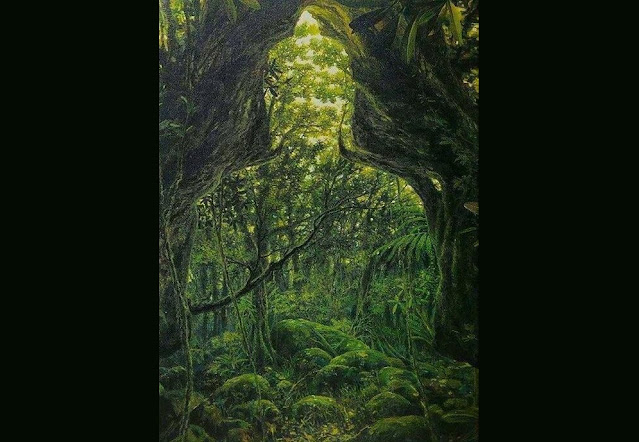