On People Who Keep Asking Me How It’s Going

When greeting Pope Benedict a few years ago, I was meant to kiss the papal ring but I head-butted his hand instead. He just laughed at me. —Ronan Keating

Don’t send funny greeting cards on birthdays or at Christmas. Save them for funerals, when their cheery effect is needed. —P. J. O’Rourke

I am having a strange little problem lately. People keep asking me how it’s going. I walk into work in the morning and the people around me keep asking me “How’s it going?” and “What’s up?” and “What’s going on, man?” and often the best I can manage is to inform them that it’s too early to tell. I just got here. I feel like I’m being interrogated, like some kind of goddamn political criminal. I might as well be tied to a chair with a bright light shining in my face. In short, it bugs me a little.

During my first few years in Burma I had a similar problem: there is no word for “hello” in the Burmese language (other than the formal and rarely used mingalarbar), and so people customarily greet each other by asking a dumb question. For example if it’s around lunch time someone might walk up to you and cheerfully say, “Have you had lunch yet?” There were times when I’d be coming back from alms round and a monk would see me and say, “Are you coming back from alms round?”; or I’d be outside obviously washing my bowl and a person would walk up and ask, “Are you washing your bowl?” I’ve never had a lot of patience with dumb questions, so I might respond with something like, “What do you think? What impression do you get?” This sometimes resulted in embarrassment and social awkwardness. It took me awhile to get used to being greeted with dumb questions. But at least they were real questions with an answer expected.

Now that I’m back in the thick of secular America I am confronted with people greeting me with questions that they don’t even really want answered. They’re not REALLY asking a question. An extreme case might be the following scenario: I’m walking along a trail at a park, and somebody approaches me on the trail coming from the opposite direction. As he comes up close to me he says “How’s it going” and just keeps walking past me. In order to answer the supposed question I’d have to call out over my shoulder or maybe even turn around and chase after him to tell him how it’s going. And if I did that the other person would probably think that I was a lunatic. But asking questions of people that you don’t want answered can be pretty weird too.

This isn’t a new thing. It has been around for a long time, probably centuries, maybe even millennia. I remember in English class in school reading plays by people like Bernard Shaw, in which people would greet each other with something like “Howdjadoo,” with no question mark (or questioning inflection to the abbreviated sentence). This further evolved into the single word “Howdy” used by cowboys. But by the time you get to Howdy there is no longer even the semblance of a question, with no question mark or its vocal equivalent. It was Howdy with a period, or maybe an exclamation point, and never Howdy? You never see a cowboy asking Howdy.

I must admit that I am guilty of similar behavior under certain circumstances. When I meet an animal that I particularly like, or sometimes a baby, I spontaneously sing out “Howyadoin” in happy greeting. I eventually learned through self-observation that this response is habitual and more or less automatic. But again, it is just a mild exclamation ending in a period or exclamation mark, and I am never expecting an answer from the animal or baby. Sometimes in Burma at the beginning of the rainy season velvety vermillion-colored mites come out of the ground in great numbers and slowly wander about, and as I walked through their midst on my way somewhere I’d often have to slow my pace a little to howyadoin every one I saw, not wanting to demean the dignity of one by not greeting it…but I digress wildly.

But anyhow, when someone asks me a question I feel obligated to answer it; and I don’t like mechanical meaningless answers to mechanical meaningless questions. So if someone asks me how it’s going I have to consider it—well, how IS it going? This already throws the interaction out of sync. Even if I answer "Good" I have to think about it first. Usually, and I’m not kidding here, I will answer questions of what’s up, what’s going on, etc., with “I DUNNO!” Sometimes I refer them to someone else, like a guy named Taylor who always seems to know how it’s going: “Ask Taylor. He always knows how it’s going.” Some of the guys at work have figured out the situation and have made adjustments: for example Nando just says “Good morning” now out of consideration for my predicament; and Zeus (also known as Hey Zeus or Jesus) just takes the I dunno as a joke and expresses confidence that someday I will know how it’s actually going.

It is somewhat of a dilemma for me, though maybe I’ll eventually grow accustomed to giving mindless mechanical answers to mindless mechanical questions. But it feels like it would be taking a step towards NPC status, towards becoming a semiconscious automaton going through life through mechanical force of habit. Maybe I should turn it into a Dhamma practice and say a meaningless “How’s it going” back at people while being mindful of the movements of my mouth and the vibrating sensation in my throat as I speak. I really don’t want to sink into mindless behavior any more than I can help it now that I’m at a higher difficulty setting in the game of Samsara. 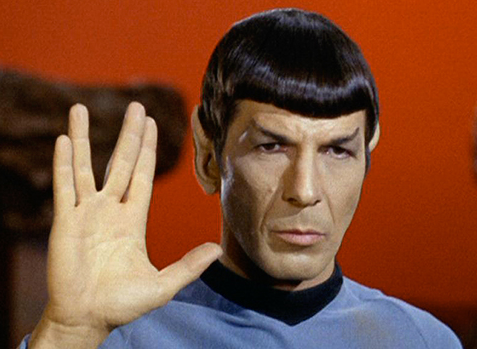