“The genetic differences between continentally defined groups are sufficiently large that one can accurately predict ancestral continent of origin using only a minute, randomly selected fraction of the genetic variation present in the human genome.”  —D. J. Alloco et al.

In the previous post I mentioned the odd fact that chimpanzees are so closely related to us phylogenetically that we ought to be classified in the same taxonomic genus, yet modern science sees fit to keep us in different families, Hominidae vs. Pongidae, despite the fact that chimpanzees are more closely related to us than they are to any other pongid, including gorillas. Also, prehistoric “modern” humans and Neanderthals were sufficiently closely related to interbreed and produce viable, fertile hybrid children, as we Eurasians, on average, have been determined to have around 3% Neanderthal ancestry; yet for the past few decades anthropologists have classified Neanderthals as an entirely different species from us modern humans. So it appears that we are inclined to differentiate ourselves widely from our nearest relatives, particularly if they are furry or extinct; BUT, if they’re not furry or extinct—or, perhaps more to the point, if they are able to complain of victimization and accuse us of racism—then we appear very reluctant to notice, officially at least, any differences at all.

Although DNA sequencing has resulted in the finding that black Africans and “yellow” East Asians have almost six times the genetic distance between them as two entirely different species of gorilla, these two groups of humans are nowadays not considered by the politically correct to be separate species (which would be abominable), not subspecies (gawd! still worse than racism), not even separate races. This last-mentioned reluctance is based heavily on some research and interpretation of same by Richard Lewontin back in the 1970s, who pointed out that there is much greater genetic diversity between individuals of the same population than there is on average between different so-called races—and thus the whole concept of race is biologically invalid. It has no scientific value. There simply is no such thing as race, despite the obvious fact that there is.

This influential view of Lewontin, i.e., that race is invalid because there is more genetic variation within populations than between them, is sometimes referred to as “Lewontin’s Fallacy.” His statement concerning variation is technically correct, although he was basing his observation upon variation between individual alleles (individual variations within single genes), and not patterned groups of alleles—and it is in relatively large, complex genetic patterns that our genes are differentiated into racial types. A single gene would very probably not identify a person’s ancestry (although if the gene were for blue eyes or blond hair it would indicate a high probability of European origin), but certain interrelated groups of genes are highly characteristic of different races. 100 selected indicator sites or 300 chosen at random are sufficient for DNA analysis to determine with almost 100% accuracy (well above 99%) what one’s ethnicity is. For some Caucasians such an analysis can determine to within a few hundred kilometers the location of one’s ancestral homeland. Also, different ethnicities or “races” are sufficiently distinct that, for example, in determining the degree of European ancestry in a western black person the margin of error is only around 2%. Consequently, to declare that dividing the human species into races is biologically meaningless, useless and invalid, is not science—it’s politics, or worse yet, emotional wishful thinking masquerading as science.

To say that dividing people up into races is of no social value is more reasonable. It would be ideal if the value-laden stereotypes of race were not an issue at all in society. Each person should be judged, if at all, on his own merits (although, as I’ll point out in a later post, some racial stereotypes are useful and have some validity). But to allow such social or political motives, or dogmatic religious motives for that matter, to determine what should be hard science, is reprehensible. 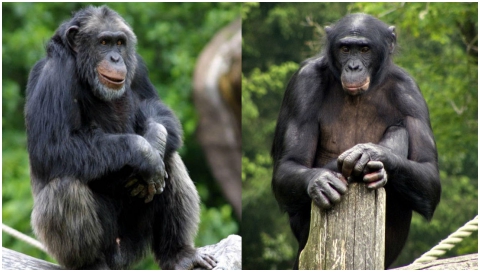 Also, to say that race is a cultural construct is fine. There is some blurring around the edges of different populations, and lots of individual variation within populations. Exactly where to draw lines is often uncertain. Nevertheless, as was implied in the previous post, species itself is also to a significant degree a cultural construct, and a controversial “problem.” Where to draw the line between this species and that one is often arbitrary.

For example, let’s say that a population of squirrels lives on the outskirts of its species range and some barrier comes between them and the rest of their kind—say, a river gradually digs a big canyon between them, or the climate changes and a desert comes to intervene. Well, over time, due to differences in environment, random mutations, and possibly also the “founder effect,” those two populations of squirrels will diverge and become qualitatively different. At exactly what point in their evolution should they be called separate subspecies, and at what point should they be called separate species? Another obvious example would be a species that evolves over time and changes so radically that it cannot be considered the same kind of organism: Where exactly does it metamorphose from one species to another? These are judgement calls for taxonomists, and also potentially cultural constructs. But few biologists would insist that because of this the concept of species is useless pseudoscience. If differences between two groups are slight, and blurred greatly by large variances within populations, yet if they nevertheless conform to significantly correlated patterns, then they are informative and of biological significance. This applies to people as well as to squirrels. 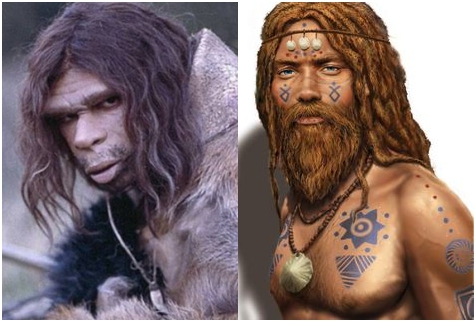 Recently in my prowling through Wikipedia I happened to encounter this statement by a scientist named Janet Shibley Hyde: “…variations within genders are greater than variations between genders.” I’m not sure if she’s a progressive feminist attempting to demonstrate that gender too is merely a cultural construct, but for most of us, and for biology, biological gender is real and significant despite the fact that there is greater variation within genders than between them. There’s only one little chromosome’s difference between a girl’s DNA and a boy’s, but it nevertheless represents a significant biological difference, regardless of political correctness. So for this reason too “Lewontin’s Fallacy” is not persuasive or conclusive.

Just out of perverse mischievousness I may as well mention another complication of the “race is invalid because of greater genetic variance within human populations than between them” hypothesis. When hunting up and verifying references for this and the previous post, I found that genetic variance within the species Gorilla gorilla is greater than its variance from a whole different species, Gorilla beringei. So if it is not seen as an insurmountable problem between two distinct species, then complaining about races is mere sophistry, or rather politically motivated obstructionism.

Let’s get back to Neanderthals. I consider it very likely that if Neanderthals, Homo neandertalensis, were alive today, they would not be considered to be a different species from the rest of us. That would be worse than the slimiest racism, wouldn’t it. (Even to call them “Neanderthals” would certainly be politically incorrect.) Presumably, PC hysteria being what it is, Neanderthal ethnicity would not be considered even a separate race, especially if race is considered to be just a meaningless and useless cultural construct—“pseudoscience.” Besides, they’re apparently more closely related to Eurasians genetically than are sub-Saharan Africans. Which all just goes to show the ridiculous and foolish anthropocentric subjectivity of human beings, including scientists. Especially politically correct ones. 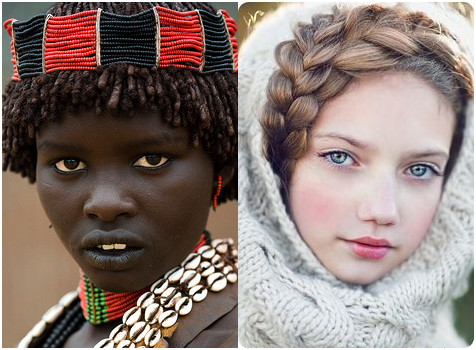 not even different race?

References and Apologies
While reading up on the subject of genetic distances between apes and apes, Neanderthals and us, and different types of modern humans, I found plenty of references…most of which led to paywalls, expired URLs, or else books or articles with no obvious Internet availability. So, not wanting to disappoint you, dear reader, I hunted up a few extras, to replace several that would be useless to cite. I didn’t actually derive information for this post and the previous one from a few of these, but if you don’t trust me on something you can look it up.

Gutiérrez, G., Sánchez, D., & Marín, A. (2002). A reanalysis of the ancient mitochondrial DNA sequences recovered from Neandertal bones. Mol. Biol. Evol. 19(8):1359-1366. (This article argues against the classification of Neanderthals into a different species from us, based on our close genetic similarity.) https://academic.oup.com/mbe/article/19/8/1359/997686/A-Reanalysis-of-the-Ancient-Mitochondrial-DNA or https://doi.org/10.1093/oxfordjournals.molbev.a004197