It used to be that the political left stood for the common worker; the farther left one looked on the political spectrum, the greater the representation of the proletariat. The Communist/Marxist revolution was to be a proletarian one—Workers of the world unite! The workers must control the means of production! Down with bourgeois elitists! Consequently, one of the many towering ironies of the irrational new political left, and of the new socialism, is that it has effectively turned against the working class, and against the average citizen.

Or rather, they’ve turned against each other: The working class in America has shifted to the right and to Donald Trump in droves. Many lefties prefer to assume that the white working class in particular voted for Trump because they’re ignorant racist trailer trash; but the fact is that they have been forsaken by the left—for instance, when the left considers them “deplorables” and ignorant racist trailer trash; by undermining the domestic commercial/industrial economy by favoring cheap competition (through mass immigration and globalized free trade); and by wallowing in political correctness hysteria, mainstreaming and glorifying sexual aberrations, and sneering at traditional western religious and secular values.

The new left, generally speaking, prefers a globalist ideal to the well being of the common person in developed societies. Leftists (and pseudoconservative globalists too) may be the friend of the working class in China or Mexico, maybe even in Madagascar, but not in their own country—to favor one’s own country might be nationalistic, and a nationalist is damn near a fascist by the progressive reckoning. Progressives are largely neo-Marxist (even if they don’t know the origins of the dogmas that they endorse) and anti Western civilization; and white working people are part of the civilization to be undermined, destabilized, and replaced by the new world order. Let them eat cake.

(As an aside, I point out another little irony involved in all this: Just a few decades ago the progressive left was vehemently against globalism, claiming that it destroys traditional ethnic cultures and humane values throughout the world by spreading the western disease of capitalist consumerism. But now it’s good, supposedly. Why has the left embraced globalism at last? Compassionate desire to uplift and enrich third-world nations at the expense of the first and second worlds? Desire to destabilize and overthrow the entire global political community to replace it with a socialist world state? Probably even most leftists don’t really know.)

The proletariat in the industrialized west never embraced socialism the way early 20th-century Russians did. They didn’t see any need to embrace it. In the free, liberal west the working class was relatively prosperous, much more so in fact than workers living under Marxist regimes. Also, the American working class traditionally has not been eager to receive “free” handouts recycled from high taxes; they’d rather earn their own living with a modicum of self-respect. Consequently, radical ideologues of the Progressive left (“cultural Marxists”), based mainly in academia, have neglected the proletariat cherished by Marxism 1.0, and have been aiming at weakening and destabilizing western society in general, for the purpose of making it easier to subvert and transform. This is really a classic, standard procedure for radicals: obviously, it is easier to gain control and overhaul the system when society is weakened and reeling from some sort of shock or disequilibrium. The puny American colonies won their war of independence from superpower Britain because Britain already had its hands full with France at the time; the Paris Commune of 1871 was possible because the French were badly shaken by their loss to the Prussians in the Franco-Prussian War; the (first) Russian Revolution could happen because Russia was in turmoil after its defeat in World War I; and the rise of Hitler and Mao likewise depended upon the shocks and insecurities of a destabilized post-war society. Thus the standard procedure is to sow discord and escalate troubles (preferably while pretending not to do so, or blaming the other side for it, like blaming the actions of rioters on Mr. Trump), and when the system is sufficiently weakened, swoop in, seize control, and construct Utopia from the wreckage. But, unfortunately for the working class, overthrowing the system pretty much necessitates overthrowing the common working person trying to make a living with some self-respect. For radicals, the ends justify the means. Shit happens. To make an omelette you have to break some eggs. They’re just trailer trash anyway.

To be fair to the less radical Progressives, their man Bernie Sanders was not against the proletariat. In fact, after he was screwed out of the presidential race by a corrupt Democratic Party machine and the Republicans won the election, sort of, he attributed Trump’s win to the fact that the left had ignored the plight of the common working person. He even has endorsed limited immigration. But even Bernie was not supported by the working class so much as by bourgeois white urban elitists, “Starbucks Socialists.” The new left is just too politically correct and anti-white to support the traditionally-minded common American. They have little more chance with them than the first Marxists had.

Regardless of whether they deliberately intend it or not, leftists are in effect opposed to the average white person, and the working class in a country like the USA is composed mainly of average white people. (At least American socialists favor workers in China and Mexico.) For that matter, many white Progressives are biased against themselves, wallowing in Chomskyesque “white guilt” over the overwhelming successes and dominating influence of their ancestors, which are attributed almost entirely to aggression, theft, and other modes of injustice. This sort of political self-loathing is most notorious in Germany, where is has become practically an ethnic suicide cult, a new Final Solution. Anyway, since western workers are beyond the pale of the new socialized left, the ideology is endorsed mainly by urban elitists; people from traditionally liberal parts of the country who maybe were “raised Democrat,” who consider it loyalty or common sense to conform, and who believe the propaganda; and of course the welfare class—with, ironically, establishment “Never Trump” Republicans as allies.

Speaking of the welfare class, the left has long favored mass influx of unskilled immigrants who don’t function so well in a technological culture, in part, notoriously, to create a more numerous welfare class dependent upon a state-issued dole, and who thus reliably vote for the left. This has been a gripe of the political right for as long as I can remember. Leftists may deny this motive for open borders and multiculturalism, but one should seriously consider: If Mexicans and Muslims consistently voted Republican, would the Democrats be so eager to import millions of them into the USA? Think about it. Seriously. A similar case prevails in the UK with Asian and African Muslims. People can talk about compassion and equality, they can even talk about them sincerely; but the motives of the average Democrat or indoctrinated Progressive are not the same as the motives of the people who screwed Bernie Sanders out of the “Democratic” presidential race, or who had Seth Rich murdered (that’s the guy who in all probability leaked the DNC emails to Wikileaks—yes, that’s right, it very probably wasn’t the Russians secretly in league with Donald Trump, despite all the propagandist howling from the left).

Anyway, getting back to the proletariat, I may as well point out the obvious fact that the working class has always been the backbone of civilization; and despising the backbone of civilization is just one of many, many reasons why the new left is doomed to disgrace and failure. Even if the feminized PC Progressives manage to win in the short run (as is already the case in some European countries), their own aversion for backbones (and guts, and balls, and rational, objective brains) will destroy them. Following their direction Europe will in all probability degenerate into Europistan or the new al-Rūm, if not a violently reactionary white fascist confederation or superstate. America, I suppose, would teeter on the brink of becoming a multicultural Zimbabwe, but eventually would have enough of the insanity and would fight its way back to self-respectability—or else gently sink into 2nd- or 3rd-world status. But Americans are pretty good at fighting back. 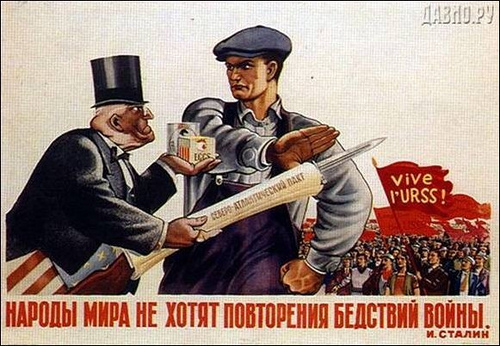