The Dangers of Certainty

dogma | ˈdôɡmə |  noun: a principle or set of principles laid down by an authority as incontrovertibly true: the rejection of political dogma | the Christian dogma of the Trinity.

As a rule, I avoid hanging out with Burmese Buddhist monks (and also with wild-eyed western fundamentalist ones, even though I pretty much was one myself in my younger days). Almost all Burmese monks have an essentially medieval, faith-based, scriptural fundamentalist attitude towards Buddhism that I cannot really accept for myself, and so it’s generally best to steer clear of them whenever convenient as a way to avoid ideological friction. From the traditional Burmese point of view, to the extent that one deviates from the established dogma, to that same extent one is just plain wrong. Some religious philosophers have considered divine revelation to be an absolutely reliable source of knowledge or truth; and Buddhism has its own version of this: If the Buddha, a fully enlightened being, said it, then it has to be true—and of course the scriptures reliably convey what he said, because his early followers who compiled the texts were enlightened adepts who would do nothing wrong.

Devout Burmese Buddhists are often charitable to us foreign barbarians, and assume that we’re just ignorant of the pristine Right View of Lord Buddha’s teachings. We just don’t know any better, poor dears, and we may be treated accordingly. Otherwise, of course, our deviations from established dogma, or our standoffish skepticism towards it, would render us malevolent heretics with Pernicious Wrong View. Some of the Burmese upper social classes assume as a matter of course that all foreigners (generally including the Thais and Sinhalese) are too simple-minded, muddle-headed, or ignorant ever really to understand Buddhist philosophy correctly, as it was handed down in its pristine purity since the time of the Blessed One himself.

This is all symptomatic of a relative incapacity for independent thought in East Asians, which I philosophized about in a recent post. In Burma, phenomenally brilliant Buddhist scholar-monks dedicate their brilliance to mastering an unquestioned dogma. The same was true for Christians in the west in medieval times. Only a few hundred years ago, even the most brilliant western scholars and scientists firmly believed that all the suffering in the world was caused by a man made of soil and a woman made of a bone being tricked by a snake into eating a certain kind of fruit. This original sin then necessitated the Creator of the Universe to assume the form of a Hebrew carpenter in the early Roman Empire to serve as a sacrificial atonement…but I suppose you know the story.

The thing is, no matter how brilliant a dogmatist is, he’s only as right as his dogma is. No matter how phenomenally intelligent he may be, if he bases all his intellect on false premises, then his work, his conclusions, are bound to be faulty and largely false.

The same is true now in the west, of course, although it may be somewhat less obvious. There are still plenty of dogmatists, including otherwise very intelligent ones, and they’re not all Christians, or even particularly religious. Now one of the main dogmatic cults is called Progressivism: a dogmatic system with some very tenuous, almost reluctant links with empirical reality. It is based largely on feminized opinion and emotionality, and hence its followers tend to be reluctant, maybe even psychologically unable, to engage in serious debate or exchange of views. Nevertheless there is the same certainty, the same emotional clinging to beliefs, the same mastery of dogmatic cant, the same state of opinion disguised as fact, the same salad-wise tossing together of truth and empirical falsehood, or just unproven articles of faith, the same misdirection if not outright waste of intelligence—in this case devoted not so much to salvation as to the righteous subversion of western civilization and what it stands for.

Ideological dogmatism is bad enough; but the trouble runs deeper than that, all the way down to the very roots of our humanity. The dilemma is this: We have to believe something in order to function in this world, yet, as philosophers have warned for hundreds of years, even thousands, we cannot be entirely sure of any empirical matter of fact. Intellectually, skepticism—in the sense of suspending judgement, of agnosticism, of admitting “I don’t really know”—is the only really unimpeachable position to maintain.

Spinoza and Hume, among others, explained that anything that extends partly outside the range of our own sensorium, the boundaries of our own mind, is bound to be uncertain to that extent; and Kant went further and did his best to demonstrate that all we can really know is the symbols conjured up by our own mind. Anything as it truly exists is totally beyond the grasp of our thinking, feeling, perceiving mind. Consequently anything we believe, aside from maybe a purely abstract concept completely self-contained in our head, is unprovable and uncertain.

No matter how sure we are that anthropogenic climate change is or is not real, or that the earth is or is not flat, or that the Holocaust did or did not happen, or that Whitey’s Patriarchy is or is not responsible for all of society’s problems, still there are now scientific “experts” asserting that they have proof that we’re all living in a simulation—we may just be NPCs in some god’s or advanced space alien’s video game. Then there’s Bertrand Russell’s irrefutable claim that, as far as we can tell, some deity with a strange sense of humor may have created this entire universe half an hour ago, and planted into our minds false memories of events that never happened. How could one prove that that isn’t true? Some Hindus claim that this world is part of a cosmic dream as Lord Vishnu lies asleep on a big lotus blossom. Really, for all we know some deity is dreaming us right now, and at any moment his alarm clock may go off, poofing us out of existence. He’ll press snooze, but it will already be too late for us. Maybe later at work he’ll be sitting there telling the deity in the next cubicle about the weird dream he had, but he won’t be able to remember it very well. Who knows. Practically nothing is absolutely certain, including the most obvious “facts.”

Even so, as I already mentioned, we have to believe something; we have to work with hypotheses or theories or opinions in order to function, even if the whole world is just an illusion or whatever. But it is best to bear in mind that they are only beliefs, not absolute facts or gospel truth, or anything nearly so certain, no matter how obvious they may seem. Better to acknowledge that one is going with a working hypothesis, and be willing to abandon that hypothesis if a better one comes along.

One unfortunate complication, though, is that it’s the wild-eyed fanatics immune even to sensible doubts that are most strongly motivated to get things done, even seemingly impossible things. Lukewarm skeptics lack the single-minded drive to accomplish what is vitally important, either in religion, in politics, in love, in much of anything really. That can be a problem.

In Buddhism there is the idea of two faculties or powers, saddhā and paññā, “faith” and “intellect” (or maybe paññā could be translated as “cleverness” in this context), that should be in balance if one is to live wisely. According to the books, a person with too much faith is able to believe anything, no matter how ridiculous, and thereby be led astray. On the other hand, a person who is too skeptical or clever may reject even the most useful hypotheses, rendering him like a sick person whose sickness is caused by the medicine he takes. You can’t tell him anything, and he also is likely to fail because of it. So it’s good to have balance, and to accept what appears to be true, but hold it in an open hand and not a tightly clenched fist. But then again, this is all just hypothetical also. Just something to consider. 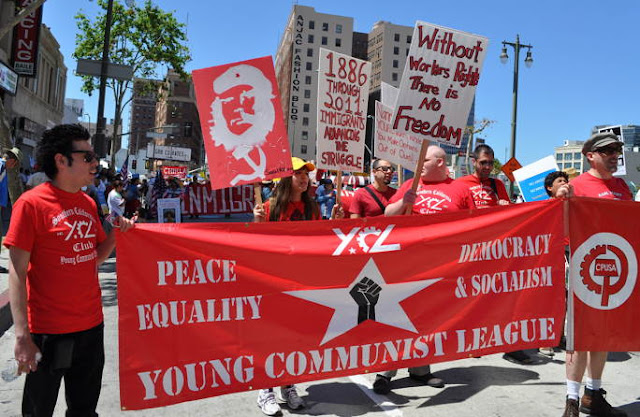