Just what is this, full of urine and dung? I would not want to touch it even with my foot.  —attributed to the Buddha, with reference to a beautiful young woman, in the Māgandiya Sutta

Western Buddhism, to some degree, is a liberal fashion trend. Also, to some degree, it is a means of spiritualizing cultural Marxism, alias Social Justice, as most western Buddhist practitioners are evidently politically correct leftists. However, some of the most fundamental teachings of early Buddhism, including Theravada, are practically the opposite of politically correct cultural Marxism, and of ultraliberal sentiment in general. The following five points, as an example, are pretty much abominable heresy (in Buddhist lingo, “pernicious wrong view”) from a western neo-leftist perspective, while at the same time representing basics of Buddhist philosophy.

1. Whenever you are unhappy it’s because you foolishly desire something. This is essentially the second Noble Truth of Buddhism—i.e., desire is the immediate cause of all suffering—and sometimes I tell people that if they know only one thing about Buddhism, that should be it. Even setting aside the karmic notion of physical pain being the fruition of past karma, the fact is that physical pain and mental suffering are not the same; the suffering derived from pain comes from the desire for the pain to stop. Furthermore, desire is volitional, even if people are too unmindful to realize it. Consequently, from the perspective of Buddhist philosophy, all misery is ultimately self-inflicted.

And so, whenever you are unhappy, it is ultimately not the fault of someone else, but is because of your own attitude and unenlightened lack of wisdom. If you are miserable, or angry, or resentful, or frightened, or whatever, it is certainly not the fault of oppressive patriarchal white men now or in the past, or anything that happened to your ancestors. It’s your own goddamn fault. And again, this is the essential teaching of the second Noble Truth, the bedrock of Buddhist ethical philosophy.

2. Regret, or a guilty conscience, is always more bad than good. Sometimes I tell people that this is the second most important teaching of Buddhism that they should know—if they know only two things about Buddhism, they should know that suffering is caused by one’s own desires, and that regret is always “bad karma.” In Buddhist ethics any sort of worry or anxiety, including a guilty conscience, is called kukkucca, and is an unskillful or “unethical” mental state. If one is to entertain moral scruples, then one should entertain them BEFORE committing the deed in question, not after. If before, then the scruple is called hiri, and is “good karma,” especially if it prevents one from perpetrating an unethical act. If one does defile oneself by committing an unethical act or some other mistake, then the best one can do is to acknowledge the mistake, remind oneself to try to do better in future, rectify any damage if possible, and to continue moving forwards, to get on with one’s life. A sincere apology is fine, so long as it’s sincere; and other means of making amends to an injured second party are also fine; though actually feeling guilt and/or shame for having hurt someone, or oneself, or whatever, is foolish.

Consequently, it is stupid (from a Buddhist perspective) to feel guilty even over one’s own obvious misdeeds, like that time you blew up a whole auditorium full of nuns and orphans—let alone to feel guilty over one’s skin color, or the alleged misdeeds of one’s ancestors, or of one’s civilization. So if you are the product of a long line of genocidal slave-owning racist misogynist fascists, trouble not. It’s not your fault or your problem, and all the guilt in the world won’t make things any better, and may get you into a lower realm after death besides.

3. Everyone is responsible for their own actions and reactions. In Pali Buddhism there is a little formula representing the exercise of equanimity which goes, kammassaka, or “one’s actions are one’s own.” Acknowledging that one’s actions, one’s karma, are the creation of oneself and no other helps one to maintain some mental balance when bad things happen. Ultimately, blaming anyone else for one’s own misfortune or unhappiness is foolish, though of course we’re pretty much all foolish.

Thus when Islamist terrorists blow up a busload full of school children, or when some black gang member in Detroit murders five other gang members and is then shot by the police, it is emphatically not ultimately the responsibility of patriarchal colonialist white men or Donald Trump (regardless of what a Grievance Studies professor or a propagandist at CNN might tell you), but is the responsibility of the perpetrators themselves.

From the point of view of elementary Buddhist ethics, Buddhism 101, if you feel offended, especially if you feel that way for more than one trillionth of a second, then that also is your own doing, your own volitional action, motivated by your own nescience and foolishness. At this point #3 is like a corollary to #1, the second Noble Truth—i.e., that your suffering is self-inflicted. This is of course the practical opposite of the kind of standardized whining that leftist victim culture is based upon.

So let’s say that two people are conversing: both of them have moral responsibilities over their own actions, physical, verbal, and mental. The speaker has the responsibility, or ethical duty, to refrain from using wrong speech, which includes lying of course, and also deliberate harshness for the purpose of offending or causing harm to the other. Cultural Marxists appear to have a firm grasp on this first point, at least with regard to not offending those who agree with them. But what they fail to appreciate is that the listener also has a moral responsibility not to take offense even if the speaker is deliberately speaking hurtfully, let alone when he says something offensive without even knowing or trying. Christian morality also encourages the idea of forgiveness, of feeling caritas, so-called Christian charity, for an offender even if the other is downright evil. Love your enemies, and bless those that curse you, and all that. But to acknowledge that one’s own actions, including one’s own harbored feelings, as well as one’s own suffering, are one’s own responsibility, is anathema and vile heresy to the “progressive” left, though it is, I repeat, elementary Buddhist philosophy.

4. Ultimately, you do not exist. Neither does anyone else. There are many students of Buddhism who don’t like this one, namely the doctrine of anattā or No Self, including quite a few who otherwise consider themselves to be believing Buddhists. They may engage in considerable philosophical eel-wriggling to avoid the Buddhist claim that they don’t ultimately exist; yet the standard orthodox formula of sabbe dhammā anattā is fairly clear: absolutely everything, including anything that is “unconditioned,” absolute, and eternal, is Not Self. Two extremes which a wise Buddhist should avoid are annihilationism and eternalism—the one essentially endorsing a self that dies, and the other endorsing a self that doesn’t die, which pretty much rules out self altogether. To believe that we actually exist in anything more than a virtual sense is wrong view, and is bad karma besides. To believe that you exist as an intrinsically real individual is delusional and, in a way, unethical.

Thus at the level of ultimate reality the dignity of the individual is a delusion, as is compassion or consideration for other individuals, because of course there really is no individual. No Self does, however, seemingly do away with the possibility of free will, thereby adding some plausibility, perhaps, to the politically correct cultural Marxist idea that marginalized minority groups are not responsible for their own misdeeds, let alone their own predicaments in life; nevertheless, by the same token, blaming Whitey is equally delusional. Our actions are our own, as per politically incorrect Buddhist point #3, even if we don’t really exist as individuals. Volitional actions produce karmic effects even if they are ultimately impersonal. Also, social classes or categories, describing assemblages of individuals, obviously an approach to understanding society much favored by Marxists and the PC left, is equally delusional to individualism because one can’t have a class of people if people don’t ultimately exist. Compassion, human rights, and sociology too, are fine, so long as one doesn’t take them so seriously as to assume that they refer to actual real people. We’re in Plato’s cave; we’re in a dream world; and we ourselves are among the flickering ephemeral images.

5. Renunciation—real renunciation and self-denial—is fundamental to spiritual practice and the cultivation of higher wisdom. Wallowing in sensuality, which almost everyone does, including almost all Buddhists, is basically unethical and conducive to suffering, much more so than, say, hearing a politically incorrect statement or being at the receiving end of a microaggression. Dharma-oriented Elitists may play games trying to persuade themselves and others not only that they occupy some moral high ground, but that they are practicing Buddhist renunciation without actually renouncing very much, if anything. It doesn’t work that way, and such elitists are kidding themselves, at least from the perspective of orthodox Buddhist philosophy. Remember, the Middle Path between luxurious self-indulgence and self-torture involved wandering homeless and penniless, sleeping on the ground under trees, and silently begging for one’s food in the streets, and no sex.

Even so, as I’ve observed elsewhere, "progressive" ethics in general has given a pass to practically unlimited indulgence in sensuality. Buggery, for example, is now something to be proud of, as is promiscuous sluttiness; not to endorse these behaviors amounts to intolerant homophobia or slut-shaming among the politically correct. And of course even conservative Christians have little use for gathering not up their treasures upon the earth.

Anyway, I could add more points than this, for example that abortion is murder, or that homosexuality is immoral and transsexuality an aberration resulting in an increased tendency towards immorality; but I’ve addressed those issues separately, and five is enough. 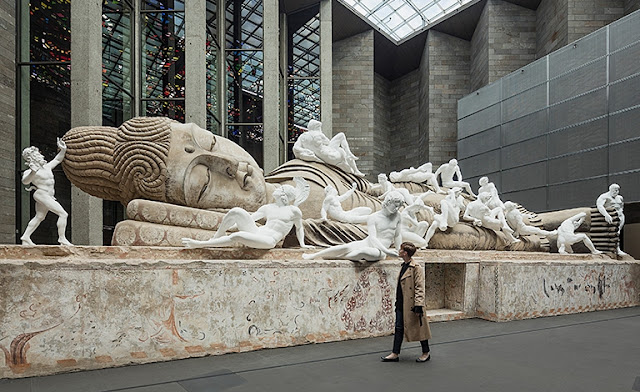