The Next Massive Wave of Ruhe/Paññobhāsa Interview Videos

Due to the prolonged Internet hiatus last July there was also a hiatus in making Skype interview videos with Brian Ruhe, the mild mannered “Nazi Buddhist.” Shortly after the cable here was fixed we resumed politically incorrect communications. There was some further delay, however, caused by Herr Ruhe receiving a large cache/archive of old videos he had uploaded onto YouTube which were subsequently deleted by the YouTube thought police without backup, and which he has been mass uploading onto Bitchute after getting his hands on the copies. So finally a full month’s supply of our interview videos has been edited and uploaded, mainly onto Bitchute for reasons which should be obvious to the red-pilled. A few of my favorites have also been uploaded onto my long-dormant YouTube channel. May you derive politically incorrect wisdom from them, and may the red pill go with you.

On meditation in various forms and the cultivation of “stillness,” with a longish introductory digression on how attachment and karma mess with people, especially me, and a later digression on mudras or symbolic hand gestures on Buddha images (etc.) (1:04:55)
Bitchute: https://www.bitchute.com/video/LWgMPj72xZu1/

On the notorious Jewish Question, between a rather disillusioned yet still skeptical monk (me) and a person who avidly follows theories implicating Jews in just about everything (Ruhe, though I have to admit that some conspiracy theories are true) (1:02:12)
Bitchute: https://www.bitchute.com/video/WCyYHNpibEHy/

On subjectivity, irrationality, and bias in science, especially postmodern science, and on how it has been politicized and weaponized (47:40)
Bitchute: https://www.bitchute.com/video/6llM4hILdVAm/
YouTube: https://youtu.be/sa_chxzslFI

On systemic corruption within Theravada Buddhism, with special reference to a sort of hit piece on Theravada written by a senior Theravadin bhikkhu (45:17)
Bitchute: https://www.bitchute.com/video/dDZj1UnJ5izN/
YouTube: https://youtu.be/txavlwTok-4

Part 1 of a discussion of the dankest meme of all, Adolf Hitler, between a monk who considers him to have been a bad guy but no worse than many other national leaders (including our ally Stalin and many considered heroes), and the President of the Thule Society, who literally considers Hitler to be a god (36:31)
Bitchute: https://www.bitchute.com/video/xRNFXiyBNkU5/

On why 3rd world countries are poor, based largely on my many years living in one (hint: it’s not Whitey’s fault). (43:55)
Bitchute: https://www.bitchute.com/video/bkrCfrnff6MC/

Why Sex Is a Moral Issue (38:44)
Bitchute: https://www.bitchute.com/video/relHaNXFm6Em/

On the possible reality of Bigfoot, and its position within Buddhist cosmology. Actually, I don't say that Bigfoot is necessarily real, since Buddhism claims that even humans aren't real. (35:52)
Bitchute: https://www.bitchute.com/video/SoKzUhB5U5WJ/

The Karma of Dumbing Down Society, and cycles of civilization (36:37)
Bitchute: https://www.bitchute.com/video/yQZOMSH7ry49/

On the mistakes of Adolf Hitler, Brian’s interview with Germar Rudolf, a German chemist who was imprisoned for more than three years for expressing skepticism regarding the official narrative on the Holocaust (54:00)
Bitchute: https://www.bitchute.com/video/h2bgkBxqlrIU/?list=notifications&randomize=false 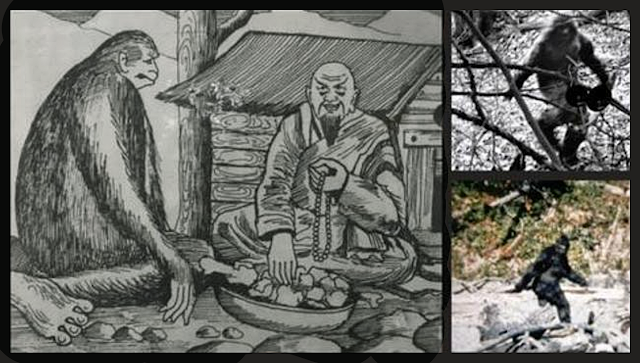