Recently I was accosted by good old Brian Ruhe with regard to certain western “Buddhists” turning their Dharma halls and retreat centers into cultural Marxist indoctrination centers, with much emphasis not so much on traditional Dharma as on white privilege, pathological whiteness, oppressed bodies of color, etc. (I got the feeling that Brian was deriving some sadistic pleasure from inflicting this information upon me, too.) Of course Buddhist texts say little if anything specifically about such topics, and this sort of “Buddhism” is largely hogwash, in my honest if not humble opinion. Nevertheless, the whole question of early Buddhism’s attitude towards racism is a valid one, and worthy of consideration.

Ancient Indian Buddhism as described in the Pali texts is well known for being raceless, classless, and relatively all-inclusive, much like early Christianity and Islam. The Bhikkhu Sangha, the “real” Buddhists, were like the ocean, in which all types of people of different castes and social classes flowed together to form a community in which each was more or less equal, aside from the rank due to seniority. An ordained monk is technically a son of the Sakya, and may thus be considered a kind of honorary Sakyan and Kshatriya. The early Sangha was governed by consensus, not by the decrees of an abbot as became the rule in later centuries; so any monk, regardless of seniority or anything else, so long as he was in good standing, could stop a formal act from being completed, merely by speaking out.

The Buddha himself, as represented by the ancient texts, did not agitate for the abolition of the race-based caste system which prevailed in the Ganges Valley, although he did criticize certain aspects of it. For example he used to say, again and again, that a true Brahmin is not simply a person born to certain parents, but is a genuine holy man, a saintly person, regardless of ancestry and social status.

Nevertheless…the Pali Buddhist texts do not portray some kind of social justice utopia even within the Sangha, but rather the kind of colorblind community more favored by conservative right-wingers in the USA, in which a person is judged, if he is judged at all, by the content of his character. There is no mention at all in the Pali texts, as far as I can tell, of white privilege, and any patriarchal oppression was pretty much universal throughout the civilized world at the time. It hardly occurred to anyone to complain about it, aside from venting pessimism about how existence itself is unsatisfactory. And of course, there was no such thing as diversity quotas at the time, either. Colonialism of a sort was still in progress, considering that the Indo-Aryan Vedic culture, dominated by fair-skinned males, was still expanding eastwards and southwards.

There are a few obscure rules of monastic discipline that could be interpreted as racist; for example a rule prohibiting a man who is too dark-skinned or too light-skinned from being ordained. (If he is ordained anyway, his ordination is valid, though the monks who ordained him have committed a minor offense to be expiated by simple confession.) Such rules are not based on concepts of racial inferiority, though, but are more based on the idea of maintaining the Sangha’s reputation by not ordaining conspicuously abnormal monks. For example, the same list of men not to be ordained includes men with a unibrow. Also, men with disfiguring diseases are not to be ordained. Note that this colorblindness attributed to Buddhism applies primarily to the Sangha of ordained renunciants itself, and not necessarily to the lay community which was still following a more or less Vedic mainstream culture and still had castes and outcastes, and also slaves.

There is a kind of stock formula, found throughout the Suttas and Vinaya, which may indicate some white privilege even within the Sangha, and that is the frequent mention of the kulaputta, or “son of good family,” who goes forth, in faith, from the home life into homelessness in the Dhamma and Vinaya taught by the Buddha. The English term which may come closest to its meaning may be “gentleman,” in the ancient sense of a man born to a gens, or respectable family. It may be that the term was simply used politely, much as the phrase “ladies and gentlemen” may be used by a public speaker even though the audience may consist mainly of an ill-bred rabble; but it does seem to imply that the stereotypical person who seeks ordination as a bhikkhu, in Iron Age northern India, was a man of the upper classes, and thus probably rather fair-skinned. Street cleaners and rag pickers could certainly be ordained, but the evidence does appear to indicate that the Buddha’s most well-known disciples were “twice-born” men of the upper castes, with a great many of them being Brahmins. And apparently nobody, including the Buddha himself, spoke out against this, or saw anything necessarily wrong with it.

There is also a classist, and incidentally racist and sexist, ancient Theravada Buddhist tradition that, although a man or woman of any social class or ethnicity can become fully enlightened, a Sammā Sambuddha, a functionally omniscient rediscoverer of Dhamma after it has disappeared from the earth, must be a male born to whichever caste happens to enjoy social preeminence at the time. In “our” Buddha Gotama’s time the Kshatriya warrior/noble class was considered preeminent, so the Buddha was born a Kshatriya; although at times when the Brahmins hold social preeminence a Buddha will be born a Brahmin. The Buddha before Gotama, namely Kassapa Buddha, was allegedly a Brahmin. Hence no dark-skinned, snub-nosed street cleaner ever becomes a wheel-turning Buddha, according to legend, even though he may become an arahant. But that’s just a traditional legend. And I suspect that it may be totally coincidental that, according to this notion, only a man of the purest Aryan blood can become a Sammā Sambuddha, considering that the highest castes possess the most Aryan ancestry. (Also, of course, the term Ariya, usually rendered into English as “noble,” as in the Four Ariyan Truths, was originally a racial term, and in the Buddha’s time was still occasionally used in a racial, ethnic, and social sense.)

One reason why racism was subsumed under the issue of class is that there was relatively limited racial diversity in northern India in the fifth century BCE. There were only two main ethnicities in the Iron Age Ganges Valley, or maybe three: the Indo-Aryans, mostly of the upper strata of society and probably strongly represented in the Sangha, possibly constituting the overwhelming majority; and Dravidians, who were evidently mediterranean Asiatic caucasian types who invaded India much earlier than the Aryans, who had interbred to some degree with the proto-Australoid aboriginal inhabitants of the subcontinent for thousands of years, and who presumably were primarily involved in the prehistoric Indus Valley Civilization. These Dravidians were the people the Rig Veda calls dasa and dasyu, which are the forerunners of the Sanskrit and Pali words for “slave,” and naturally they were mostly of the lower classes under the new social order, though some formidable Dravidian chieftain might be awarded honorary Kshatriya status for political reasons, and of course the prettiest Dravidian girls might gain some social upward mobility by mating with some member of the mainly Indo-Aryan upper classes. In addition to the Indic-speaking Aryans and the social substrate of Dravidians, there were also presumably some proto-Australoid tribes living in hilly and remote regions especially who did not participate in mainstream Vedic culture, or probably the earlier Indus Valley culture either, and were consequently outcastes who undoubtedly had little involvement with Buddhism or the Buddhist Sangha.

So, apparently from the beginning of the Buddha Sāsana, from the time of Gotama Buddha himself, Buddhism has accepted as a matter of course a fair amount of implicit “white privilege,” much as many other western cultures have accepted it—for example ancient Greece, ancient Rome, most of Europe up until very recently, early Latin America, and also the early USA. Non-whites are accepted, and many prosper, and they are not deliberately prevented from prospering; but nevertheless it is understood that the “master race” will tend, naturally or no, to be located higher up on the social scale, on average. To the Indian mind, being born into a good social standing or a bad one was a matter of kamma/karma, which is a concept mostly dismissed by western cultural Marxists playing at Buddhism. Just as being born sickly or ugly or stupid is viewed as the fruition of unwholesome past kamma, even so is being born into a low social class or some other “marginalized” demographic. Buddhist ethical philosophy teaches that whenever a person has anything unpleasant happen to him, such as being oppressed or marginalized, it is the result of that person’s own kamma, literally his own doing. Furthermore, suffering is a volitional mental state (as opposed to mere physical pain or discomfort), and is generated by craving and attachment; so ultimately all suffering is self-inflicted, and blaming others for it is ultimately delusional.

Buddhism has viewed racial and class inequality, as well as gender inequality, as a practically inevitable karmic issue, and so that aspect of racism has been accepted philosophically for some 2500 years. On the other hand, any sort of hatred or hostility or contempt directed towards anyone for any reason, including the reason of ethnicity, is considered to be wrong, and just makes more bad karma and more problems. But more about the psychological aspect of racism next time. 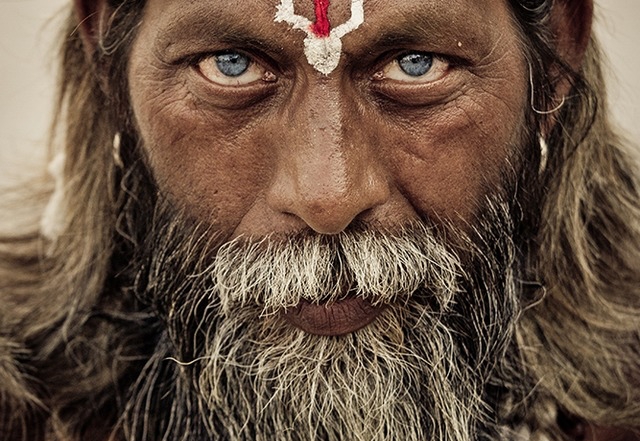