Beyond the Wizard Theory: Orthodox Miracles and Unorthodox Ones

Science as we use it now is so politicised that it takes upon itself the airs [of] religion, a kind of religion where blind faith is required. Have you noticed? The man walking his dog wears his mask. It keeps him safe outdoors. His dog is exempt. If you point this out they burn you like a heretic. —“Patrick Fealy,” in a recent reply to an old YouTube comment I left under Jethro Tull’s “Locomotive Breath”

When an event is classified as a psi phenomenon, it is claimed that all known channels for the apparent interaction have been eliminated. —from the Parapsychological Association’s position paper, “Terms and Methods in Parapsychological Research”

Sometimes a post on this blog is a spinoff of a different post (and some are spinoffs from something I talk about on the Brian Ruhe Show). For example the recent post “The Wizard Theory” was a spinoff from an earlier post discussing alleged Technologically Advanced Prehistoric Civilizations. Well, this one is a spinoff of that one, making it a spinoff of a spinoff. This makes it somewhat similar to the old TV show “Laverne and Shirley.” Please disregard this first paragraph.

As some of you may have noticed, I have been reading a fascinating book entitled The Trickster and the Paranormal, by George P. Hansen. It’s a real paradigm-changer for me; and although I will discuss the main points of it in some detail in a different post, the gods willing, here I would like to discuss one aspect of it which applies to my wizard hypothesis accounting for stupendous ancient monuments.

In the “Wizard Theory” post I submitted an alternative explanation for how amazing and seemingly inexplicable feats of engineering could have been accomplished in very ancient times without the need for modern-like technology, much less better than modern-like technology. Such a hypothetical explanation as mine—namely that before our modern age which doesn’t believe in magic, magic was more common and more powerful, and that wizards or some other type of sorcerers shaped and moved those massive blocks of stone—probably rarely occurs to anyone who favors the Technologically Advanced Prehistoric Civilizations Hypothesis (TAPCH) because it does not fit in with their own cultural myths and mainstream explanations, according to these myths, of how stupendous feats overcoming human physical limitations are effected. (Similarly, materialistic modern westerners who believe in UFO phenomena and close encounters tend to ignore the possibility that they are paranormal events, and prefer to interpret them as flesh-and-blood beings flying in nuts-and-bolts spacecraft from other planets in space, which explanation is known to parapsychologists as the Extraterrestrial Hypothesis, or ETH.) Nowadays it is accepted as a matter of fact that if you want to fly through the sky, or see what is happening many miles away, or cure a deadly disease, or destroy whole groups of your enemies, you must rely on advanced modern technology…though of course that has not always been the case.

This kind of culturally conditioned interpretation of wondrous feats is not so different from what ALL other cultures have done. Consider the Christian civilization that preceded our own scientific materialistic secular humanistic one in the west: Wonders or “miracles” occurred then also, though such phenomena had to occur in accordance with the accepted dogma of society. God and his angels and saints could perform miracles (and miracles were seen as obvious proof of the validity of the system, not so differently from now), but still there were boundaries and taboos surrounding them, and any other kind of supernatural or mysterious event was viewed as sinful and evil, let alone dangerous. Consulting spirit mediums, like the witch of Endor in the Old Testament, practicing even benign white magic, resorting to omens and other forms of prognostication, and so forth were seen as the work of the devil. There have always been miracles and other psychic phenomena—“magic”—but it must be under the jurisdiction of the cultural elite, the Powers That Be, and it must be incorporated systematically into the accepted worldview of the society.

Also, even the seemingly magical powers of past ages had to be interpreted into an established and well-defined system of some sort. The magick craft of wizards and alchemists generally required many years of study, with learned texts and elaborate rituals that had to be practiced and performed exactly. In the medieval world the miracles of the saints required first and foremost the correct belief in the one true faith, with all the dogmatic details; and the real saints of course generally also had monastic vows and ecclesiastical training and discipline and so forth. So the scientific training of today, considered to be requisite for true control over the forces of nature, is just a variant on an old theme—as is the scorn and hostility of the cultural elite (scientists, the high priests of Scientism) towards alternative methods of, say, defying the force of gravity or the limitations of the human eye.

So “magic,” or violations of the normal patterns of nature, have always been allowed by human societies, but they have been required to fit the official narrative of whatever cultural or political elite happens to be regulating the narrative, and, more importantly, they must fit the beliefs of the people with regard to what is considered real. Lately it has been scientists regularizing superhuman feats of control over the forces of nature, and in the past it was holy men, magicians, witches, and shamans controlling or at least influencing these same cosmic or divine natural forces, though with different ideas of how it is properly done. The theoretical interpretation of how to influence the forces of nature may be very different among cultures, but many of the actual results may be pretty similar. Healing the sick, for example, may result in the same health regardless of whether the person was healed by a medical doctor, a saint, or a shaman.

I may as well add that protecting the theory, surrounding the system with structured rules and initiations and taboos, and denouncing alternative theories, is necessary if the interpretation of reality permeating the culture is to survive. Once the people of that culture lose faith in the prevailing mythos and become skeptical of its validity, the time draws near for the old, outmoded system to be replaced by something which inspires deeper faith, and a fresh belief in wondrous feats.

And I still think the wizard theory may be the “correct” one, if any one theory can be said to be correct. I don’t insist on it though. 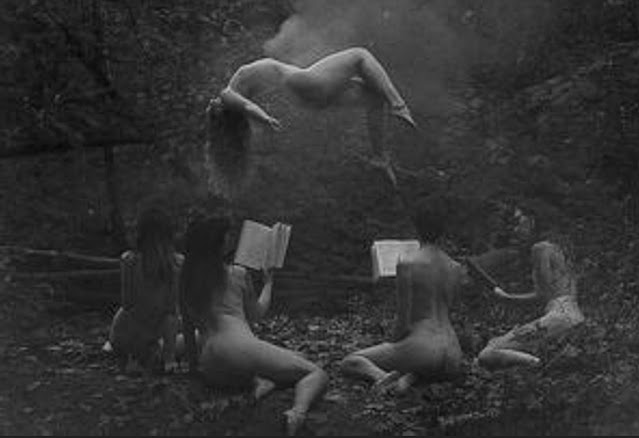