On the Validity of Stereotypes (part 2 of 2)

“…tribalism" is in some sense an inescapable fact of human neurology simply because many human brains are not adapted to working with large populations. Once a person's limit for connection is reached, the human brain must resort to some combination of hierarchical schemes, stereotypes and other simplified models to understand so many people. —Wikipedia, “Tribalism”

Considering that stereotypes, or at least those that are politically incorrect, are seen as a kind of social evil, a little philosophy may be in order to shed some light on the subject—some elementary theory of knowledge.

Stereotypes may be more or less right or wrong, but as generalizations they are practically unavoidable. This is partly due to the reason given in the quote above: the limitations of our own brain wiring prevent us from knowing more than, say, a few hundred people very well. All the rest are seen as default extras in our own personal drama; and, like minor characters in a novel or movie, are characters with relatively few outstanding traits. We fill in the necessary blanks with stereotypes and crude generalizations. And that’s for people we have met and have had some interactions with; people outside our “tribal” social circle whom we don’t know at all (which naturally is more than 99.99% of everybody), or have only just now come to meet, will be understood primarily through generalizations, including stereotypes, until we eventually get to know them better, if we ever do. Which very much helps to explain why law enforcement officers are more wary around people who are stereotypically inclined to criminality. It’s really not so different from a woman being more concerned about two unknown men following her than about two unknown women following her, or a person being more wary around a strange bull terrier than around a poodle. If you don’t know a person, yet you are required to interact with that person, stereotypes and other generalizations will necessarily come into play, regardless of whether or not they are politically correct, or correct at all.

But at a more basic, primal level, blanket generalizations are absolutely necessary to human knowledge: our language, our very thoughts, are based upon them. Every single word in the English language (and all other languages are pretty much the same in this), with the possible exceptions of “this” and “that,” are generalizations. We can’t avoid them. Even proper nouns like “Abe Lincoln” and “Madagascar” are generalizations, because the static word does not take into account the fact that everything is constantly undergoing change, and lumps all the variations together as the same. Abe Lincoln as a baby and Abe Lincoln as 16th US President differ radically; even Abe Lincoln calm and Abe Lincoln excited during the very same day are considerably different; yet all such variations are considered to be the same Abe Lincoln. Similar arguments apply to Madagascar, and to every other entity with a proper name attached to it. Everything is in a state of flux, like a river or a flame; and using the same name from one moment to the next is simply a convenient makeshift, based upon an illusion, which makes speaking and thinking, and thus purposeful behavior, possible. (Consequently it’s no wonder that Buddhist philosophy declares that everyone is essentially insane.)

Thus to say that stereotyping people, or judging people by generalizations, is wrong or invalid, is strictly true, but nevertheless utterly unavoidable and in fact invaluable. Without such generalized illusions we couldn’t function at all, except maybe through mindless reflex, like an insect or robot.

In much the same way, generalizations and stereotypes based upon empirical reality, like racial profiling, are really valuable, even though it may result in a young Middle Eastern-looking man being unnecessarily detained at an airport, for example. The guy is much more likely to be a hijacker or terrorist than a 50-year-old Chinese woman. Likewise, you’re much more likely to be assaulted by a young black man in Oakland, California than by a bag lady, even though the next twelve young black men who pass you on the sidewalk may be peaceful, law-abiding citizens.

To say that each person/case should be judged individually may be fine after we have sufficient knowledge of that person/case—and even then maybe we shouldn’t “profile” them by comparing them with their actions in the past: most liars aren’t lying now; even most terrorists aren’t committing acts of terrorism now; and a vicious dog probably spends more time peacefully lying on the grass licking himself than being actively vicious. But before we get to know someone it is especially necessary to fall back on generalizations, and a stereotype is just such a generalization.

Bearing all this in mind, going provisionally by generalizations regarding Muslims, young black men, little old ladies, female students with pierced eyebrows at liberal arts colleges, people wearing black masks and wielding clubs and pepper spray at demonstrations, big black dogs with cropped ears and spiked collars, etc., is justifiable and intelligent. One is likely to be mistaken much of the time, but still one is guided by reasonable odds. The left has taken political correctness to such an extreme that they don’t seem to care about consequences in the “real world,” and not only with regard to racist and sexist stereotypes. This disdain for empirical fact (including the idea that all truth is merely a cultural construct and that they can thereby determine reality by decree) will ultimately destroy their movement, and good riddance. May a wiser left arise to take its place. It would be nice if the SJWs don’t take the rest of us with them in their fall; we need to hold them at bay until they devour themselves. For Western Europe it’s apparently already too late; the self-destruction of the feminized left may well take European civilization along with it.

A whole slew of theories have been concocted to account for black crime, most of them products of liberal social sciences departments determined to uphold the leftist model of  “everyone’s the same and it’s all a cultural construct.” There just has to be some way of blaming Whitey. Blacks are discriminated against, thus they’re uneducated, poor, frustrated, and pushed towards crime in various ways. Well, I don’t think that’s the whole story at all. The whole truth is uglier than that, and certainly less PC. For starters, as I’ve pointed out in a previous post, the average American black person has an IQ 16 points lower than that of the average white person, and lower still than that of the average East Asian; and low IQ has been shown to be a factor in high rates of criminality. Furthermore, the average black man has a 19% higher testosterone level than a white one, and much higher than that with regard to East Asians; and testosterone has been shown repeatedly to account for higher levels of aggression, violence, and impulsive behavior. This is a major reason why most violent criminals are male, as indicated above. Add to this a criminal “gangsta” subculture and the fact that more than 70% of black children are now born to unwed mothers in the United States. Being raised in a fatherless home increases the statistical odds of a child growing up into crime, partly because boys will turn to a gang to find protection and male role models. But the political left has encouraged black women to have children without getting married—it’s easier to get welfare that way. Fathers are useless anyhow, supposedly. But the actual reasons for black crime are pretty much irrelevant if you’re walking alone through the ‘hood in Oakland, or a Somalian enclave and no go zone in Malmö, Sweden. 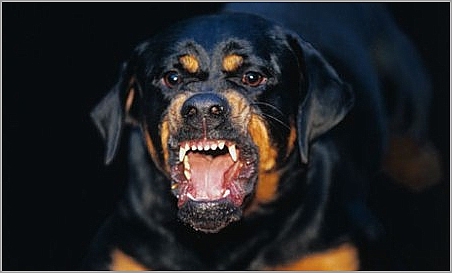 Contrary to the Black Lives Matter narrative, the police have much more to fear from black males than black males have to fear from the police. In 2015, a police officer was 18.5 times more likely to be killed by a black male than an unarmed black male was to be killed by a police officer. Black males have made up 42 percent of all cop-killers over the last decade, though they are only 6 percent of the population. That 18.5 ratio undoubtedly worsened in 2016, in light of the 53 percent increase in gun murders of officers—committed vastly and disproportionately by black males. —Heather Mac Donald