Racist Truth or PC Falsehood: Which Is Worse?


There is no method of reasoning more common, and yet none more blameable, than, in philosophical disputes, to endeavour the refutation of any hypothesis, by a pretence of its dangerous consequences to religion and morality. When any opinion leads to absurdities, it is certainly false; but it is not certain that an opinion is false, because it is of dangerous consequence. Such topics, therefore, ought entirely to be forborne; as serving nothing to the discovery of truth, but only to make the person of an antagonist odious. —David Hume (substitute “political correctness” for “religion and morality”)

“And what is truth,” Pilate said. —the Bible

This is another one dealing with what ought to be plainly obvious. Maybe it is plainly obvious, but still, so many don’t see it. As Mr. Trump would tweet, “Sad!”

Have you ever noticed that politically correct “progressives” who deign to participate in conversation with non-leftists, when confronted with observations about, say, black crime or Muslim migrant crime or IQ test scores in non-Eurasian populations, instead of saying “That’s incorrect,” are more likely to say, “That’s racist”? Why not just content oneself by saying that it isn’t true—wouldn’t that be sufficient? Or rather, why don’t they say it isn’t true and then demonstrate their point (preferably without unquestioning appeals to leftist propaganda)? Some do attempt it, but they are in the minority. It seems that a statement, or its speaker, being called racist is viewed as an adequate refutation.

Apparently the situation is that even a true or valid statement is to be rejected if it is racist, or even called racist—either that, or else any racist statement is necessarily false and blameworthy. It’s either one or the other; and I would guess that many of the self-appointed PC thought police do not differentiate between the two alternatives, or give the matter much objective thought at all.

This situation in which statements are denounced as wrong if they are considered to be racist, or if they perpetuate gender stereotypes, or are “hate speech,” or whatever, is reminiscent of old arguments used by Christian polemicists a few hundred years ago against the atheism spawned by the Enlightenment: namely, that lack of faith in God leads to immorality. But even if we allowed that that were the case, it still wouldn’t prove atheism to be false! Likewise, a point of view being considered racist or otherwise bigoted or hateful is not automatically invalidated by that consideration, even if the person promoting it really is hateful. Adolf Hitler considered Wagner to be a great musical composer; but even a genocidal maniac liking Wagner’s music does not necessarily mean that Wagner was a bad musician. Unsavory consequences or implications of an idea, let alone unsavory people who endorse that idea, are certainly no proof that an idea is false. This should be fairly obvious to anyone capable of rational thought, and not ruled by feelings.

But what if—let’s play devil’s advocate here—what if a blatantly racist statement is TRUE? What then? What if sub-Saharan black people really do have an average IQ of approximately 70, based largely on unalterable genetic factors? What if traditional Islam really is a barbarous dark-age religious system that condones the killing of non-Muslims and the treatment of women as property? (Let’s just ignore for the moment the truism that Islam is not a race.) What if Europeans and East Asians will necessarily continue to dominate in any international community embracing equal opportunity and the advancement of merit? What if multiculturalism doesn’t work, and the inundation of African and Middle Eastern migrants into the west has doomed Europe in particular to civil race wars within the next several years? What then? Close our eyes, put our fingers in our ears, and howl against racism? Punish anyone who dares to utter such ugly, pernicious facts? So what if a statement is racist, or sexist, or transphobic, or fascist? That should be much less relevant, and less important, than whether or not the statement is TRUE.

If a statement is true and racist, then reality is racist (and possibly sexist and transphobic besides). Well, what then? Should we reject the empirical reality of “hate facts,” and insist upon a politically correct fantasy world? Quite a lot of people, including powerful politicians and cultural leaders, are already doing that.

Despite the academic leftist fashion trend of postmodernism, beliefs are not all merely a cultural construct. Clearly, science, for example, is not purely arbitrary. The speed of light in a vacuum remains 299,792km/sec regardless of who measures it. (Well, all right, so scientists somewhere like Equatorial Guinea might come up with a very different number, but only because they’re trying to measure the speed of light with something like rotating mirrors and pieces of knotted string.) No amount of emotional wishful thinking will cause the speed of light to change, or communism to become a viable economic or political system, or Africans to be the intellectual peers of the Japanese, or traditional Islam to be a religion of peace, or women to be psychologically and behaviorally the same as men. People all see things differently, but a substratum of empirical reality remains, and racism, along with sexism and other abominations, may be firmly rooted in that substratum, like it or not, acknowledge it or not, howl against it or not. Facts don’t give a damn about feelings; and facts, including “hate facts,” eventually win out in the long run.

The political left throughout the western world, with spineless “conservative” globalists following along sheep-like, have gone off the tracks, right off the deep end, and refuse to acknowledge plain objective reality, for emotional reasons—or in the case of the “conservatives,” maybe financial ones. And it should be needless to say that if an entire civilization comes under the influence of such a reality-rejecting ideology, then it simply will not survive for very long. You just cannot maintain an extremely complex, technological society on ideological wishful thinking, no matter how vehement or sincere or emotionally satisfying. Globalist “liberalism” has become a suicide cult, a disease threatening to destroy western civilization; and I do not see that as an exaggeration, and it’s certainly no freaking joke. 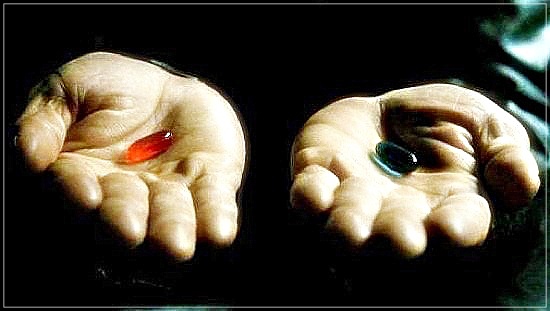