Why the New Left Denies the Reality of Human Nature


The whole climate of thought will be different. In fact there will be no thought, as we understand it now. Orthodoxy means not thinking—not needing to think. Orthodoxy is unconsciousness. —George Orwell, from 1984

The left have become the new science deniers. Unlike the fundamentalist Christian right, they’re not denying organic evolution, let alone a heliocentric solar system; and unlike many US Republicans, Christian and otherwise, they’re not denying anthropogenic global warming—although many are denying any evidence against it, even to the point of trying to silence or outlaw such evidence. Mainly what the new left are denying is a kind of anthropology, or human evolutionary biology: they are denying, practically as a fundamental requirement of their political ideology, the existence of instinctive, inherent human nature, along with instinctive, inherent differences between males and females (sometimes even physical differences between them), and between racial groups as well. Hell, many of them deny the very existence of race itself, regardless of its obvious reality. This denial of organically evolved, inherent human nature, etc., has various reasons. For example…

First, it relies heavily on an innate, natural feminine preference of feelings to facts. A simple, rather obvious fact of human nature, acknowledged for millennia, which the new left now vehemently denies, is that women are more subjective than men, and are more inclined to consider personal feelings to be more important than empirical facts. A major difference between neo-Marxism (alias “progressivism”) and “paleo-Marxism” (alias “the Red Scourge”) is that the newer version has incorporated much more feminist, and thereby feminine, thought. So, going with this idea, one reason why the new feminized left denies instinctive human nature is a knee-jerk emotional reaction to what they don’t like to hear.

But the fact remains that human males tend to be more objective and thought-oriented than more subjective and feelings-oriented human females. This object orientation has been scientifically observed even in one-day-old baby boys, and also in male apes and monkeys. Consequently, it is fair to deduce that men are more evolved to deal with harsh objective realities like politics, whereas women have evolved over the millennia to raise children, keep a family together, and also to temper the aggressiveness of the men by using men’s attachment for them as a point of leverage.

Yet to assert, or even to suggest, that men are more evolved to run a complicated society is viewed as hate speech (reeeeeee…..!!!). It just doesn’t feel right to an indoctrinated, superficial person almost incapable, as most modern westerners are incapable, of serious objective introspection. The situation is reminiscent of foolish psychologists of the 20th century who idiotically claimed that human beings have no animal instincts whatsoever, or just a very few as infants. It demonstrates a scandalous lack of self-knowledge, as well as lack of knowledge of everyone else’s self. It’s practically a continuation of the kind of archaic thinking that insists that the earth is the center of the universe, with the stars in space created by some god or other as a navigational aid for human sailors (the Old Testament actually claims this). The fact that we are evolved animals, mentally as well as physically, must not be investigated too closely, or it may make sensitive people uncomfortable, not to mention interfering with a feminist agenda.

This is certainly not to imply that stereotypically feminine subjectivity and emotionality are a bad thing. There is definitely a valuable place for it in this world, even a necessary place; but it is simply not suited to coping with the harsh realities of politics, especially successful politics. A patriarchal society will outcompete a feminized one, all else being equal, if not utterly destroy it. But of course, emotional wishful thinking decrees otherwise.

Second, the new left has incorporated not only Marxist and feminist ideas, but postmodernist ideas also—that is, the (originally French, methinks) philosophy, or academic fashion trend, of postmodernism, which denies the very existence of objective truth. “It’s all a cultural construct.” This fundamental rejection of objectivity is orthodox dogma for the new left, and is very convenient for rejecting inconvenient objective facts like the existence of instinctive human nature, which varies between males and females, and between this race and that one. (At this point I may as well point out the stupidity, or dishonesty, of insisting upon anything while at the same time denying the existence of objective truth. Why the hell try to use science as a propaganda tool, for example with regard to environmental issues, if your own ideology implicitly denies the validity of scientific empiricism itself? It would seem that, for the new left, “truth” is little more, if anything more, than a left-controlled official narrative.)

(As another parenthetical aside, I would observe that the postmodern denial of objective, empirical fact may well be true at a profound level; but when superficial blockheads take the ball and run with it it becomes idiotic, and more false than true. Human nature, which of course the new left denies, ensures that we all perceive reality in ways more alike than different. Cultural constructs, and racial differences also, are of secondary importance at best compared with our shared humanity conditioning our shared perceptions of reality—presumably due to shared evolution of our nervous systems and instincts.)

But these two reasons are just preliminaries, underlying conditions, indirect contributors to the whole mess. There are two bigger, more directly important reasons for why the new left denies human nature, from an ideological point of view. So…

Third, the idea of human nature evolving over countless generations, as different populations of humans adapted to different environments, and as males and females evolved different instinctive approaches to life as a result of physical dimorphism and differing roles in early human societies, is in stark opposition to the basic “progressive” idea that “everyone is equal,” meaning something very similar to “everyone is basically the same.” If this evolutionary idea of humanity were true, then it would invalidate the whole quasi-logic of using equality of outcome as a yardstick for measuring justice or oppression. The new left is very keen on pointing out differences in outcome between males and females, and between certain races, as “proof” of white male patriarchal oppression—and the truth of evolved human nature would be damned inconvenient, intolerably so. It would be horrible! It would undermine a fundamental dogma on which the new left relies.

Fourth, instinctive human nature would be (and actually is) a huge problem for social engineers attempting to remake the human race in a leftist utopian image. Marxists, neo- and otherwise, seem to have the idea that if everyone voluntarily conformed to the leftist utopian ideal, then the world would be a better, more just place…but everyone doesn’t and won’t conform voluntarily, requiring constant indoctrination, propaganda, an infinitude of laws, and sometimes plain brute force to maintain it, because “progressivism” is unnatural to the point of being unsustainable. Rather than attribute the consistent, continual failure of socialist systems (and total failure to implement truly communist systems on a large scale) to their incompatibility with plain, inherent human nature (for example, that we are strongly motivated by egoistic greed, and will work much harder for our own benefit than for the benefit of society at large), the left blame…what? Heterosexual white men? It’s fairly obvious that leftist ideologues ignore the continual failures, including the entire twentieth century, as best they can, along with any other objective reality that doesn’t fit their new faith. But now we’re drifting back towards feminist irrationality again, thereby coming full circle, so I might as well stop. 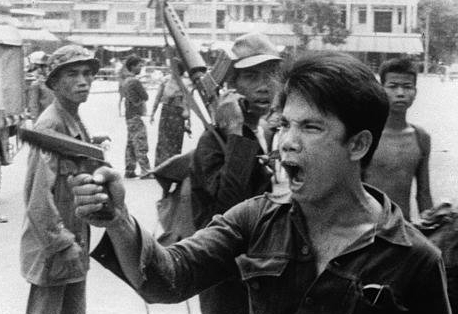 Communism promised to be both morally and economically superior to capitalism, but every attempt became morally corrupt and an economic failure. As it became clear that the working class of the liberal democracies wasn’t going to overthrow their “capitalist oppressors,” the Marxist intellectuals transitioned from class warfare to gender and race politics. The core oppressor-oppressed dynamics remained, but now the oppressor is the “white, straight, cis-gendered patriarchy.” —James Damore, from his notorious Google memo which got him persecuted, fired, and famous